Xiaomi’s Redmi series might be making all the noise for now, but the brand is surely keen on bringing it’s Mi series to the fore. Recently, the affordable Mi Max made it to the headlines and from what it appears, it is time for another big phone from the company.

It has been a while since Xiaomi refreshed its Mi Note line. While the phone (and it’s pricier variant) may not have sold as well as Xiaomi would have liked, there’s still some room for big phones — as usage data would reflect also. 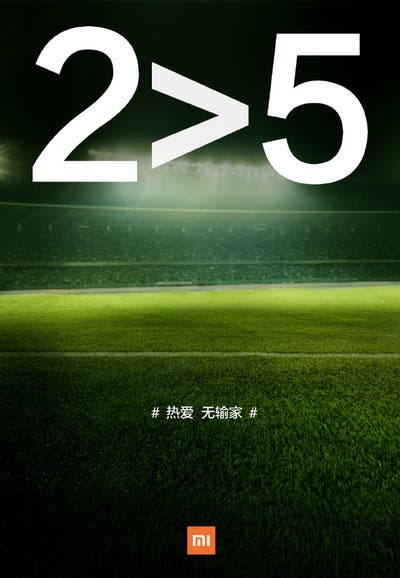 Anyway, coming to the point — Xiaomi just teased (extremely slyly) the upcoming Mi Note 2. The teaser doesn’t say much — there’s a football field in the background with the text ‘2>5’ on the front. While we’re trying hard to make sense out of it, rumours suggest it could point at a QHD display by default.

As for the launch, the Mi Note 2 is expected to show up at this year’s IFA in Berlin a few months later. Pumped? More Mi Note 2 news here.

Next Vernee Thor available in the big sale campaign