With the ‘Pro’ name attached to this leak, we are guessing the specs are for the upcoming Xiaomi Mi Note 2 Pro, due to launch with 2 other variants later this summer.

Rumours of a Xiaomi Mi Note 2 have been hotting up over the weeks with Chinese media sources now firmly believing that there will be at least 3 versions of the phone. A base model with powerful specs and more ‘traditional’ design, a mid ranger with dual cameras, and a ‘Pro’ model with curved display.

Rumours have now been followed up with a rather detailed leak that claims to piece together the Xiaomi Mi Note 2’s full specifications: 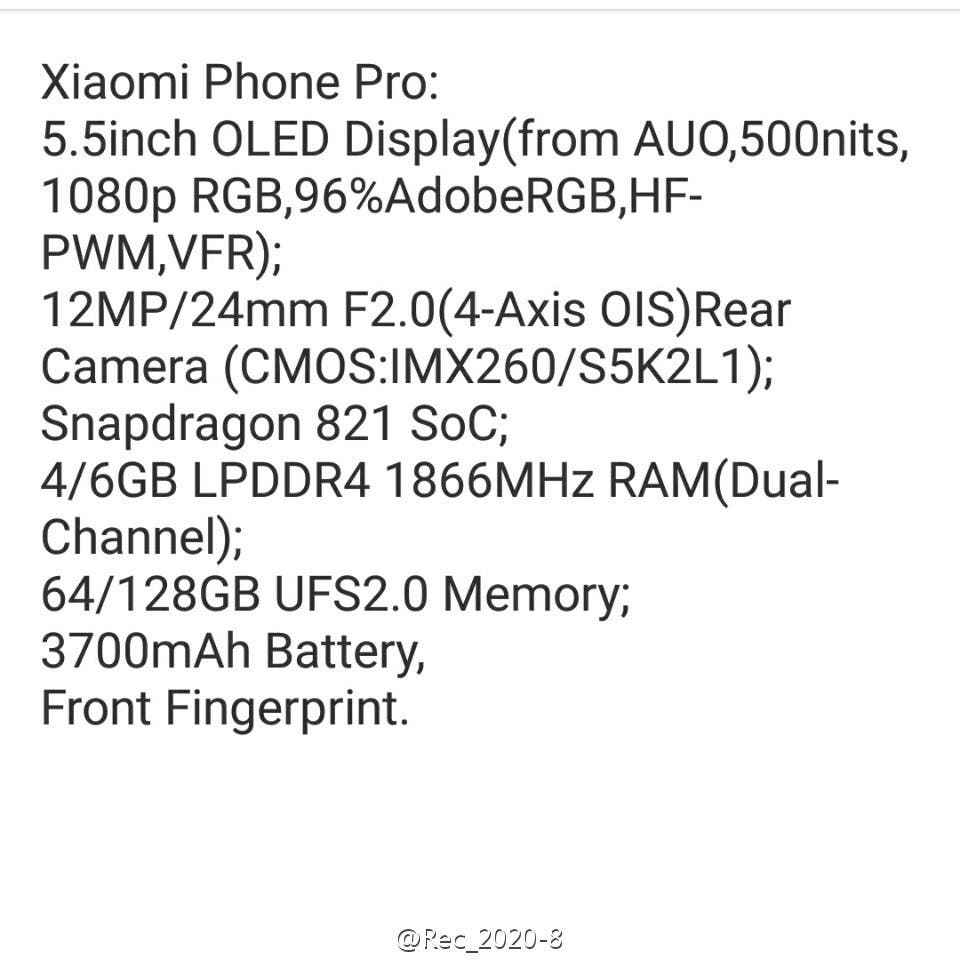 The image above stated that the upcoming Xiaomi Mi Note 2 Pro will feature a 5.5-inch FHD OLED display, Snapdragon 821 chipset, between 4-6GB RAM, 64-128GB internal memory, 3700mAh battery and front facing fingerprint scanner. The other detail is the rear camera which is labelled as a 12 mega-pixel Sony IMX260 sensor with 4 axis OIS, we assume this is the same low-profile OIS design as the current Xiaomi Mi5.

As usual Xiaomi have been very quiet about the upcoming phone, and haven’t officially mentioned the existence of the Xiaomi Mi Note 2, or even the rumoured flagship Redmi device leaked earlier or the possibility of an Mi5s.

What do you think of these specs? Are you impressed or do you want a little more than just high end specs from your smartphones these days?

Next Jiayu firing on all four with official JiaYu S4 specs