Xiaomi’s been rather proactive with its Redmi series phones this past year or so. The Redmi Note 3 is already one of the most successful phones this year, and from the info coming out of China, there’s a successor already in the waiting.

The Redmi Note 4 is a phone that has been leaked before. It’s being said that it’ll be the first Xiaomi phone with a dual rear camera setup, an arrangement that’s becoming increasingly popular of late.

Continuing the legacy, the Redmi Note 4 will have a MediaTek Helio X20 processor (at least in China). This will come along with 3GB RAM and 64GB ROM, according to leaks. There’s no word on whether there’ll also be a 4GB RAM version. 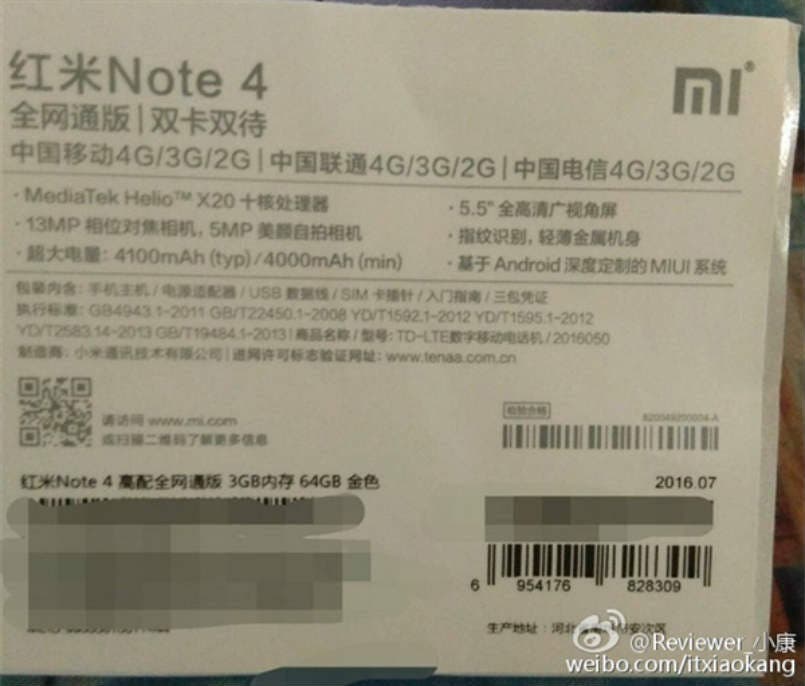 A 4100mAh battery will continue to power the phone, along with a 5 mega-pixel camera on the front. The rear sensor (main) is expected to be a 13 mega-pixel unit, with no info on the secondary sensor.

Xiaomi have shaped the budget market with the Redmi series – starting from the Hongmi back in the day to the Redmi Note 3, more recently. It’ll be interesting to see if the Redmi Note 4 does actually ship with a dual-rear camera setup; I personally wouldn’t bet my money on that happening.

The phone is expected to launch on the 27th of this month, i.e., less than 10 days from now. So, stay tuned!

Next OPPO announces the F1s, wants you to take even more selfies