Update: The title previously wrongly mentioned that the Helio X30 had launched, which is not the case. Our apologies. 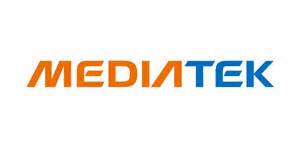 As we finally begin seeing devices equipped with Helio X20 processors, MediaTek decides that now would be the best time to announce details about the successor to it.

What’s more exciting though is the that the Helio X30’s GPU is a massive improvement over the X20 and X25’s. The X30 has a PowerVR 7XT quad core GPU, which should give it a the much needed boost from its predecessor’s average graphics performance.

It’ll support up to 8GB of LPDDR4 RAM, UFS 2.1 storage, up to 26MP cameras and dual cameras. On top of all that, it’ll also come with a modem that supports three carrier aggregation (3CA) which combines the three bands, and if that isn’t enough the modem also supports LTE Cat. 12.

Since Helio X20 devices are only now just popping up, it’ll probably be a while before we see the X30 appear in any devices, possibly until the first or second half of next year.

What do you think? Would you get a Helio X20 powered device now that you know the X30 is such an improvement? Tell us in the comments.

Next Soft Gold OnePlus 3 is real, here's when you can buy one