Indian phone buyers have another Chinese phone to choose from today as TCL (owners of Alcatel) have released the new TCL 562 in the country. 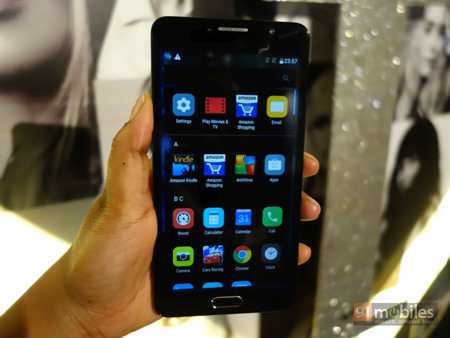 Feature highlight soft the phone include Android 6.0 Marshmallow, a fingerprint scanner, HIFI audio and a “curved metallic diamond cut frame”. The display is an IPS unit offering FHD resolution and getting the pixels dancing across the panel is a Mediatek Helio P10 with 3GB RAM and 32GB internal memory.

A rear 13 mega-pixel camera with single LED flash performs paparazzi duties on the rear while a 5 mega-pixel snapper can grab your selfies for sharing across social media.

The TCL 562 is the bigger brother of the TCL 560 which launched in India earlier in the month for the lower price of Rs. 7999. People choosing the 562 through Amazon India will get a free 1GB data bundle thrown in too.

Next Homtom HT17 in stock and ready for a sale