A mini PC with a touchscreen seemed like not the brightest idea ever, but the Chinese are known to play a bit with their luck (and permutations, and combinations).

The Pipo X9 was a device from 2015 (if I remember right), which was essentially a mini PC (meant to be connected to a proper monitor, keyboard and mouse for usage) but with a twist — it had a touchscreen display of its own.

It was said back then that Pipo were doing it to be able to avail a free Windows license (Microsoft offered a free license to manufacturers making sub-9″ devices), and a touchscreen display from China was cheaper than a Windows license. Thus, the Pipo X9. 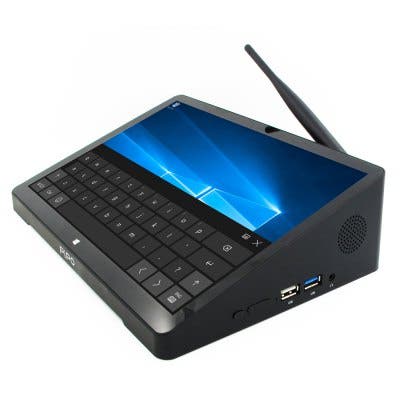 That said, the device seems to have done somewhat OK, which is why there’s an upgrade available in the form of the Pipo X10. It comes with a full HD 10.8 inch display, 4GB RAM, 64GB ROM, Intel Z8300 CPU, built in speaker, WiFi and Bluetooth. All of this for under $200.

While it’s not clear what use case the Pipo X10 is made for, it does seem like an interesting device that will mostly cater to hardcore early adopters. I’m not sure if we have people of that kind here, but do let us know what you think about this. In case you’re interested, you can pick one up here.

Next Fourth OTA firmware upgrade for Vernee Thor is out