With the Meizu Pro 6 released in April we have seen for the first time an interesting solution for the antennas, when both in upper and lower side of the back has the curved arc of the antennas, while being also differently colored. This design is not only good looking, but also pretty effective so according to all the leaked renders also the new iPhone 7 is going to be using it.

And because Vernee like to stay on top of things too seems like their new Vernee Mars model is going to adopt this functional design too, Arc antennas contouring the upper and lower edges are dark grey on the silvery back. 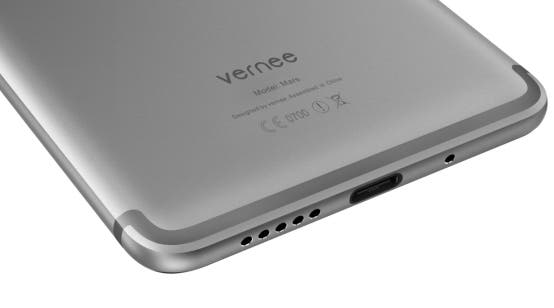 So theoretically the Vernee Mars could become the third device released worldwide with this arc antenna solution and probably in the near future we will see more chinese phone producers adding this feature to their products.