Vernee is once again “in the house” here in Gizchina HQ and today they decided to send over one of their slimmest and most efficient rugged Android smartphones and surely one that most of you outgoing professionals out there, will like. Say hello to Vernee V2 Pro a new rugged smartphone -part of their high-end portfolio – equipped with an Helio P23 SoC processor, a 2160 x 1080 pixels display and 6GB of RAM for excellent multitasking.

Since its official launch some weeks ago, the phone has generally been well received, and we believe, pretty much rightly so. It definitely isn’t a phone that will ‘change everything’, but it’s a fairly nice device – one of the slimmest ever designed by the Chinese company and it surely deserves all the praises for this. Let’s take a deeper look in the Vernee V2 Pro review!

It’s always good to start from – what’s probably the most important factor in a rugged phone – its build quality and design. As you might have guessed by reading the review introduction, the Vernee V2 Pro comes as a slim, powerfull rugged device, with a large battery and ample RAM/storage, enough to cover the needs of almost any type of user.

The smartphone is indeed slim compared to similar devices currently out with 12mm of thickness. Sure, it won’t be as thin as an average smartphone, but if you take into consideration that you usually put an external case on them to avoid damages from drops and whatnot, while you don’t need one on the already tough V2 Pro, then we’re not too far off as far as bulkiness goes. 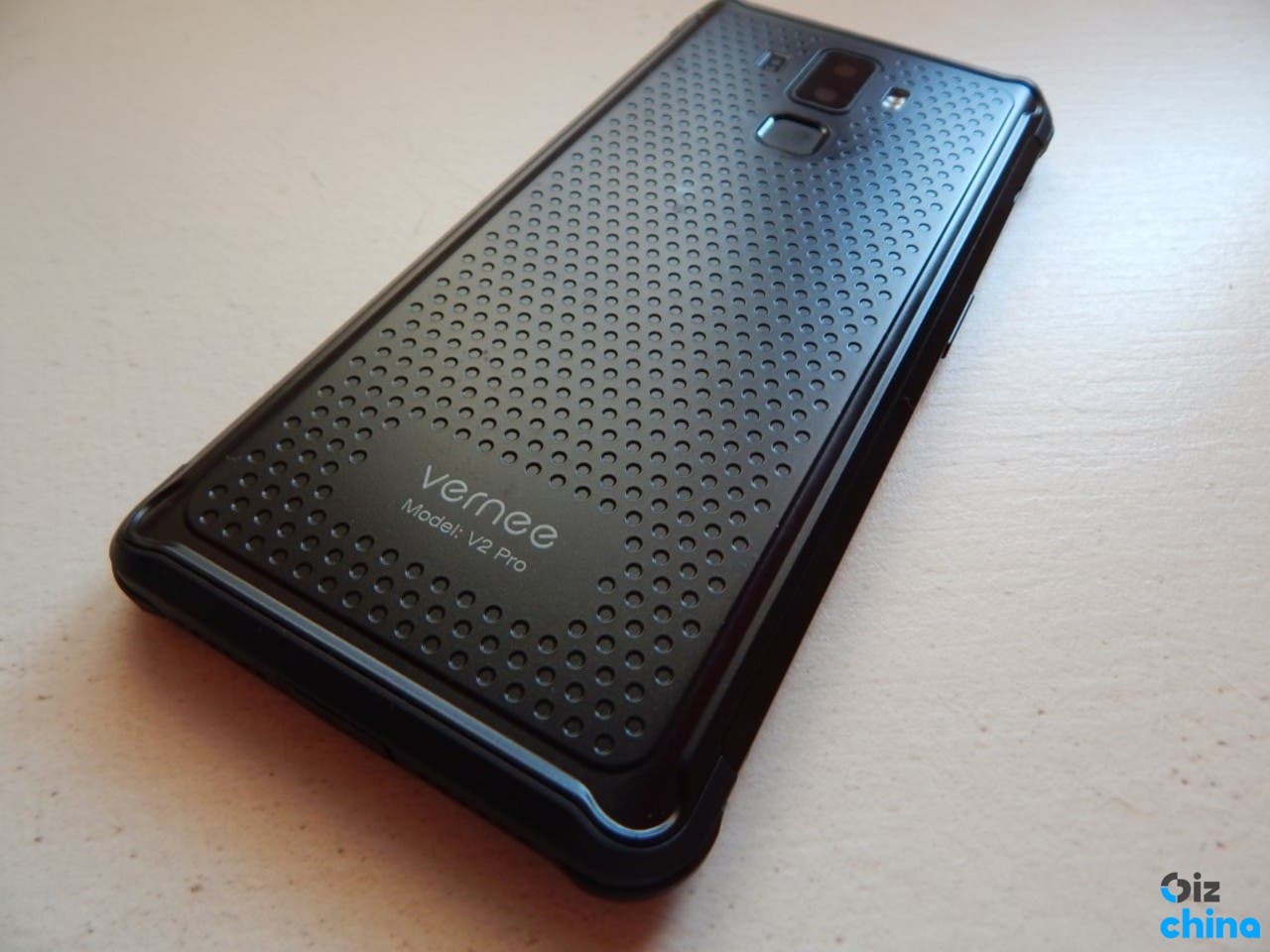 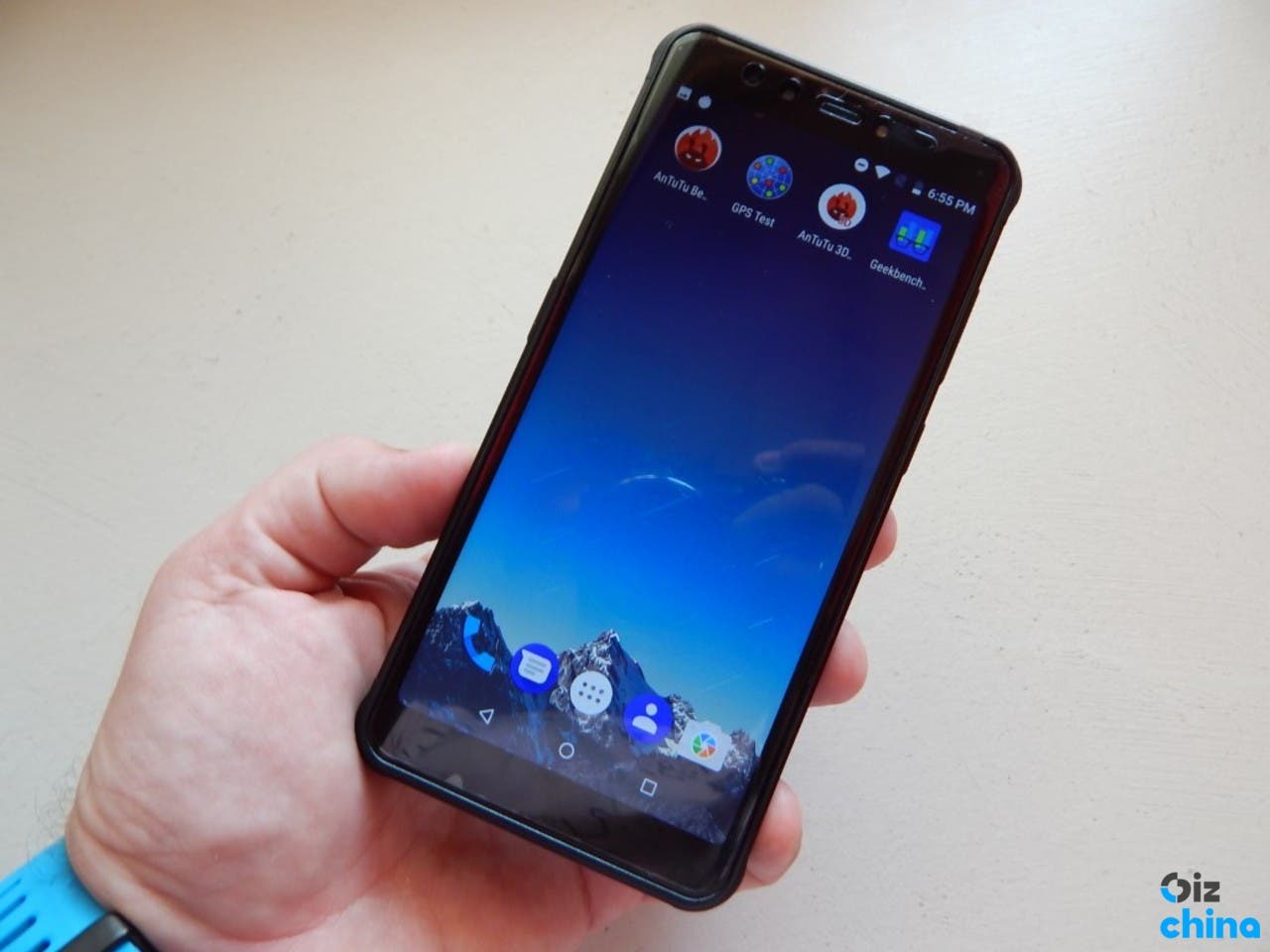 Right off the bat, the Vernee V2 Pro will remind you of at least 5-6 other typical mid-range models in the market, just pick one, they’re all the same to me. The only real noticeable feature however is the total absence of a front facing fingerprint scanner, something that adds a lot of points to its general design score, leaving a lot of space for its 5.99 inch display to show off a bit. 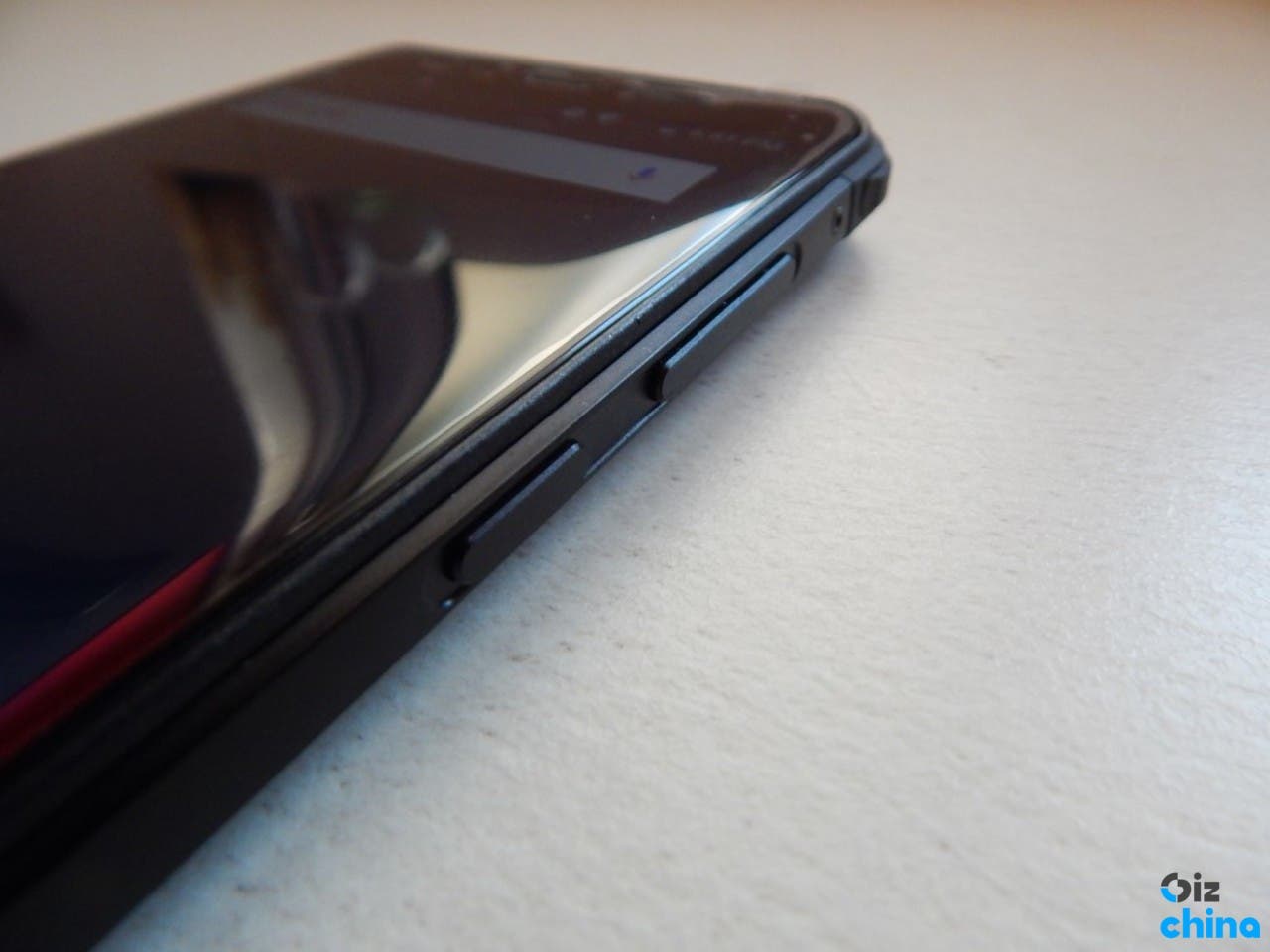 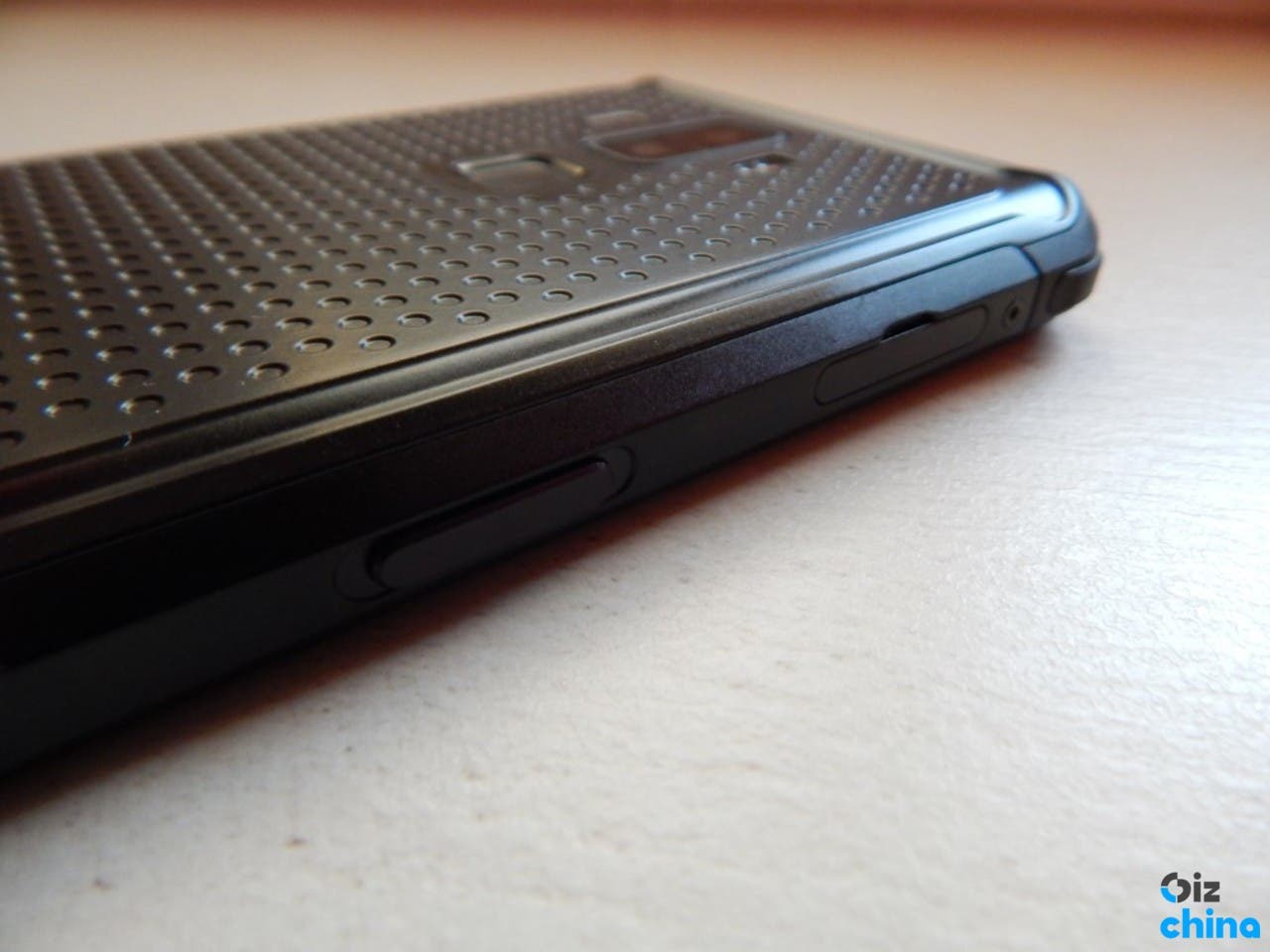 At around the $249 mark (while writing this review), the Vernee V2 Pro isn’t the cheapest Chinese device, but I guess that it does the job. While the Chinese are getting to a point where they almost get the hardware right (full display, 4G/LTE, dual NANO SIM, 6GB RAM, microSD support up to 128GB, FM Radio, OTG, NFC etc.), there’s definitely still a void to fill when it’s software we’re talking about. More on that later. 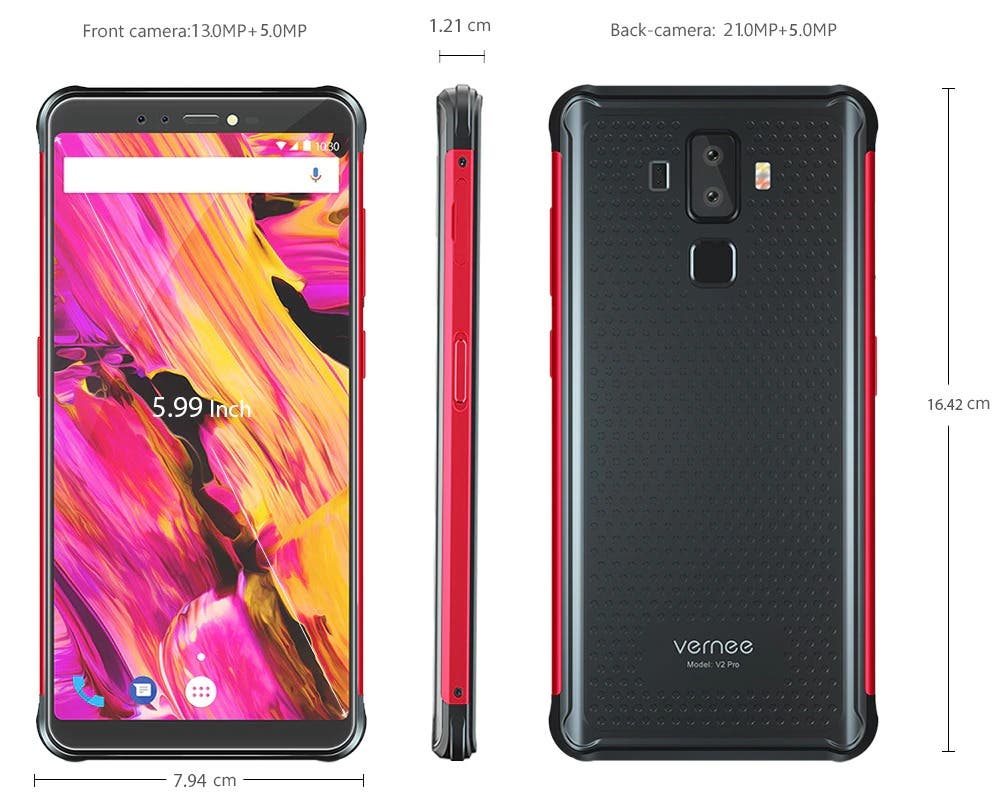 Combined with a metal finish and some polycarbonate parts on its body (that is prone to smudges on the back side however), the Vernee V2 Pro is surely a quite tempting device to hold and use. Unfortunately it still has large bezels on top and bottom, even though the company has done their best to “hide” them. They’re not huge, don’t get me wrong, but I guess that’s the price to pay to get a quite efficient, full display smartphone with true IP68 certification. 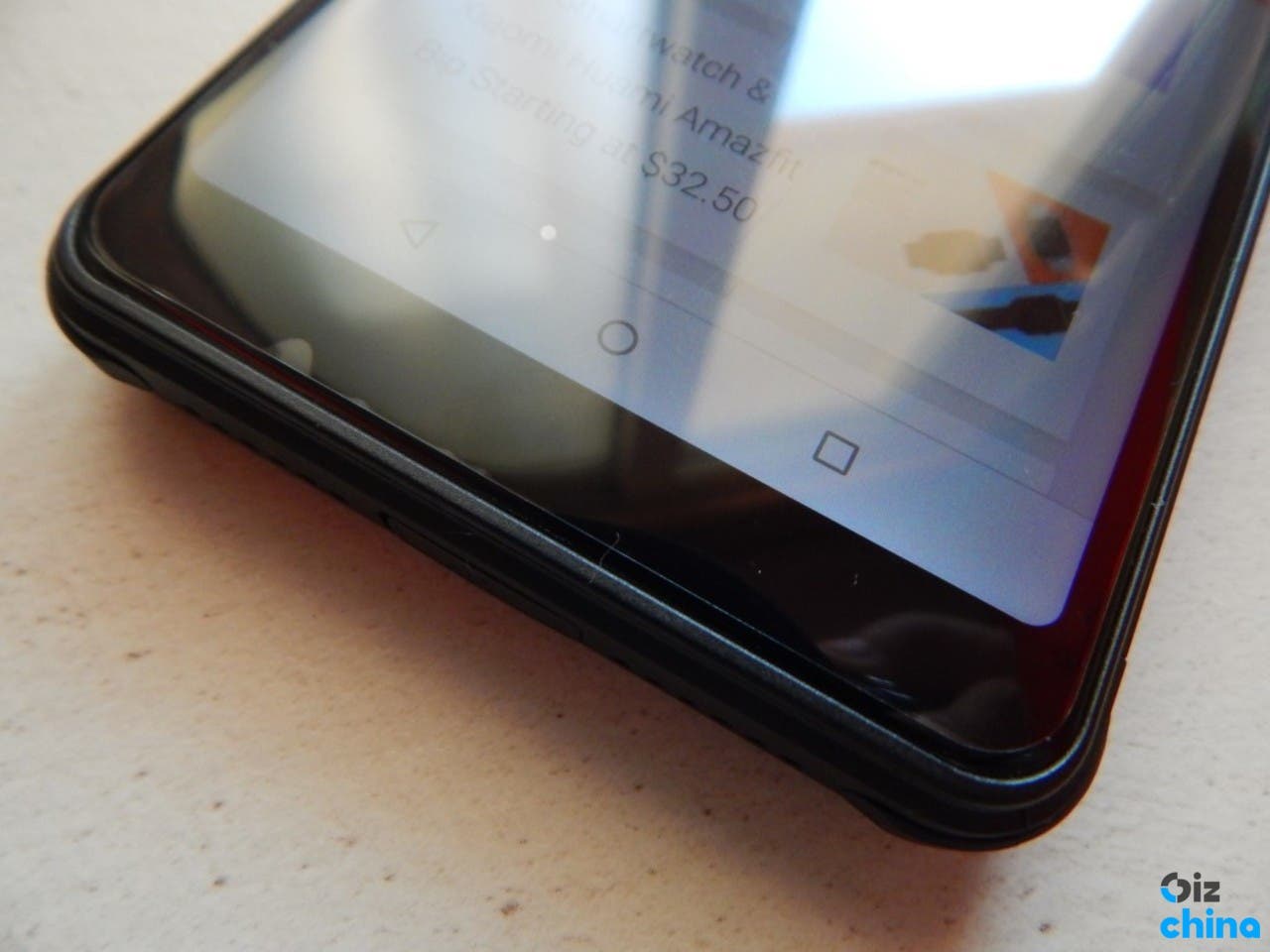 The glass on top of the 2.5D display seems to (thankfully) feature some kind of oleophobic coating along with Gorilla Glass 3 protection, so you won’t be seeing a lot of smudges there while in everyday use, something that I really liked during my days with this device in my hands. 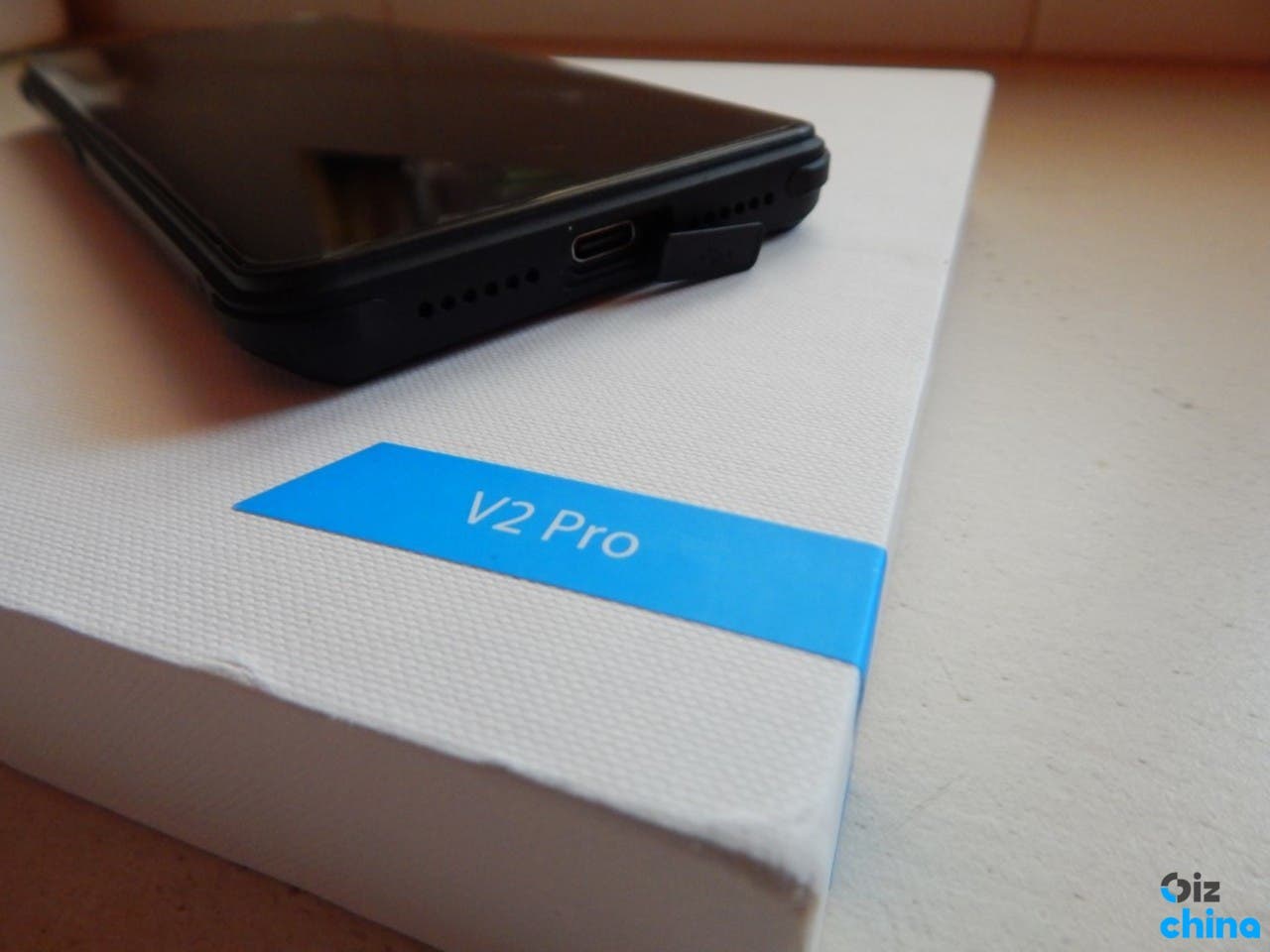 The Vernee V2 Pro is IP68 water and dust proof, which is a great feature to have, albeit – in this case – it needs rubber plugs to make it so. So we have one at the bottom for the USB Type-C port with OTG support and another at the top for the 3.5mm audio jack. 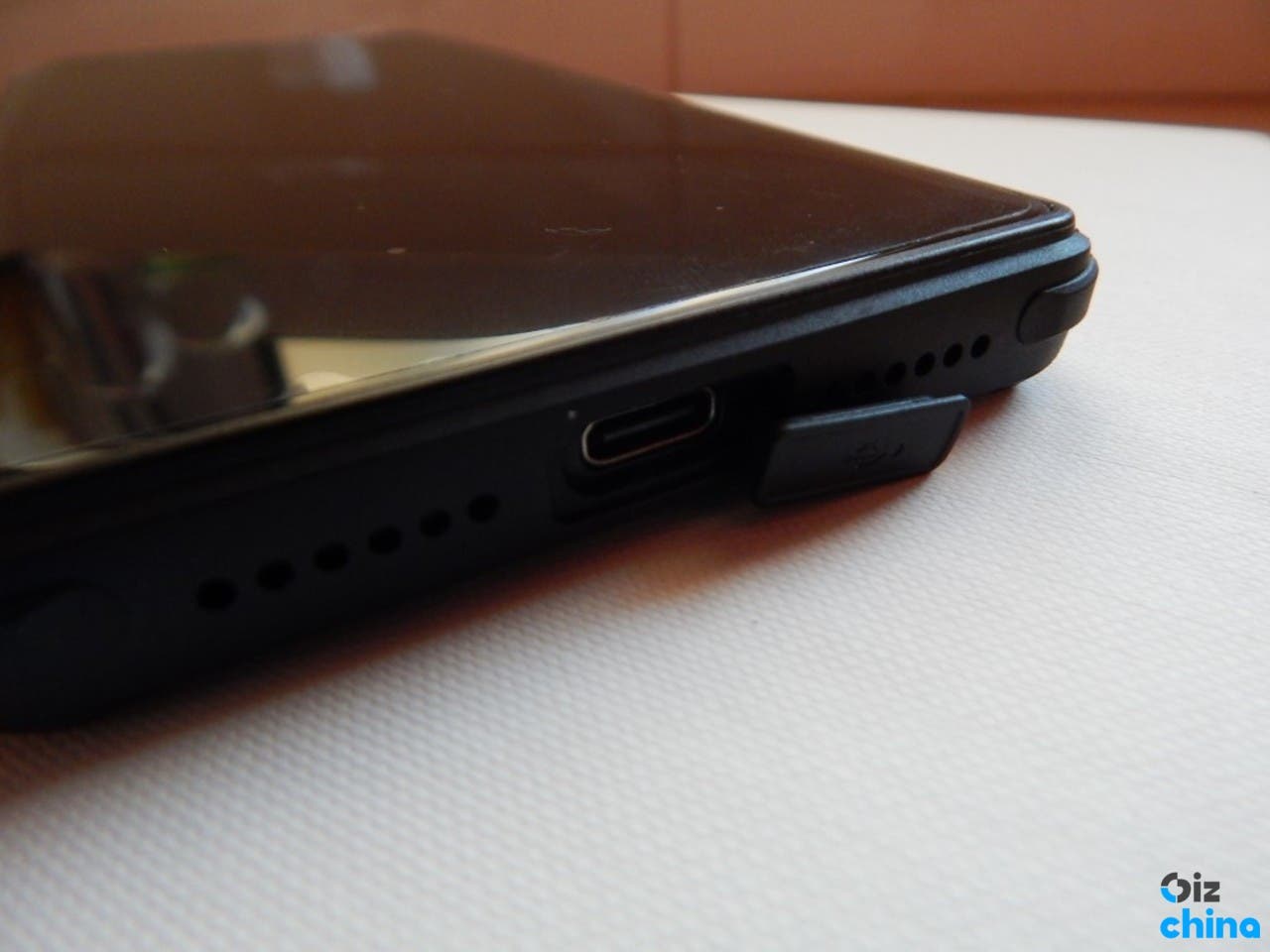 As far as build quality goes, the V2 Pro feels really solid in the hand, it does not make any noise when squeezed as well as when shaken. Kudos to Vernee for the high value production quality. You can easily rely on it for hard work, outgoing experiences, some trips to the sea or to the mountains, with out worrying that it may break. It won’t…

Equipped with Mediatek’s Helio P23 SoC along with 6GB RAM and 64GB of storage, one can surely expect the V2 Pro to provide quite impressive everyday use, with no lags or other issues. You can easily get more than decent performance in everyday use, as it will get the job done for everyday chores, extensive social media, Emails, a bit of Skype, Chrome for browsing etc. No lags, no apps freezing thankfully.

While the VOS (V OS) is pretty much vanilla Android, there are still a few areas where it can be improved – the camera app for example, and others here and there. As I write this review, I’ve been notified of another OTA which will hopefully make things better. Don’t get me wrong, it’s quite intuitive as a UI, as it comes with several power saving features, some gestures like 3 fingers screenshot, Picture-in-Picture mode, some Pinned Shortcuts that can help increase your productivity etc. 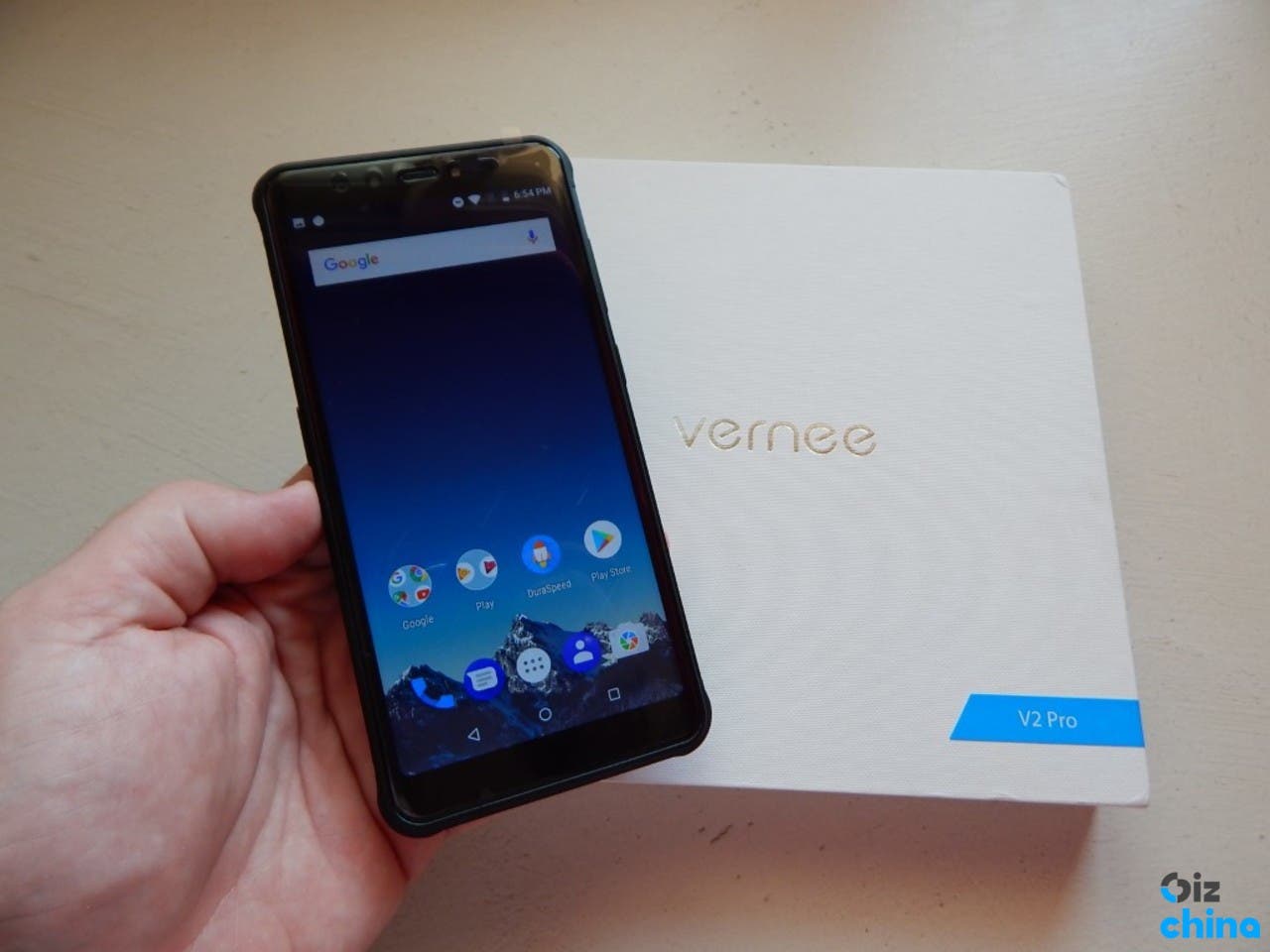 It runs on Android 8.1 Oreo, with full Google Apps support: all the stock apps are waiting for you when the device boots, such as Gmail, Youtube, Maps, Google Drive, but there are some other 3rd party apps that must accompany every rugged smartphone like a compass, a pedometer, gyroscope and excellet GPS/A-GPS support with fast location fix and more than 10 satellites connected at any time.

There’s also a heart rate sensor located at the back, next to the dual camera of the device. It tries to measure our heart-rate with typical success but I would not rely on it for medical reasons, or anything similar.

Performance wise, the V2 Pro is right up there with the likes of other Helio P23 phones. In fact it’s pretty zippy thanks to the lightweight OS (unless it’s having a RAM issue). I’ve managed to run several apps all at the same time without having any caching issues. I’d go as far as to say that you really don’t need 6GB of RAM at this point in time if your 4GB RAM is accompanied by decent software. But if your phone comes with 6GB RAM, who am I to turn it down? 😉

Moving on to the hardware, it’s been a mixed bag of sorts. The display comes with an impressive 2160 x 1080 pixels resolution and yes, it is doing its best to fulfill all your needs. All in all it packs a nice and bright panel with some amazing back light consistency – no light bleeding whatsoever, with impressive clarity given its size. Well done here Vernee!

The sound is.. average I must say. Both the earpiece and the built-in loudspeaker offer typical performance. While the earpiece is still doable, the loudspeaker offers poor sound with virtually no bass, a bit lower volume than expected but if you turn off the sound enhancer settings this helps a lot! 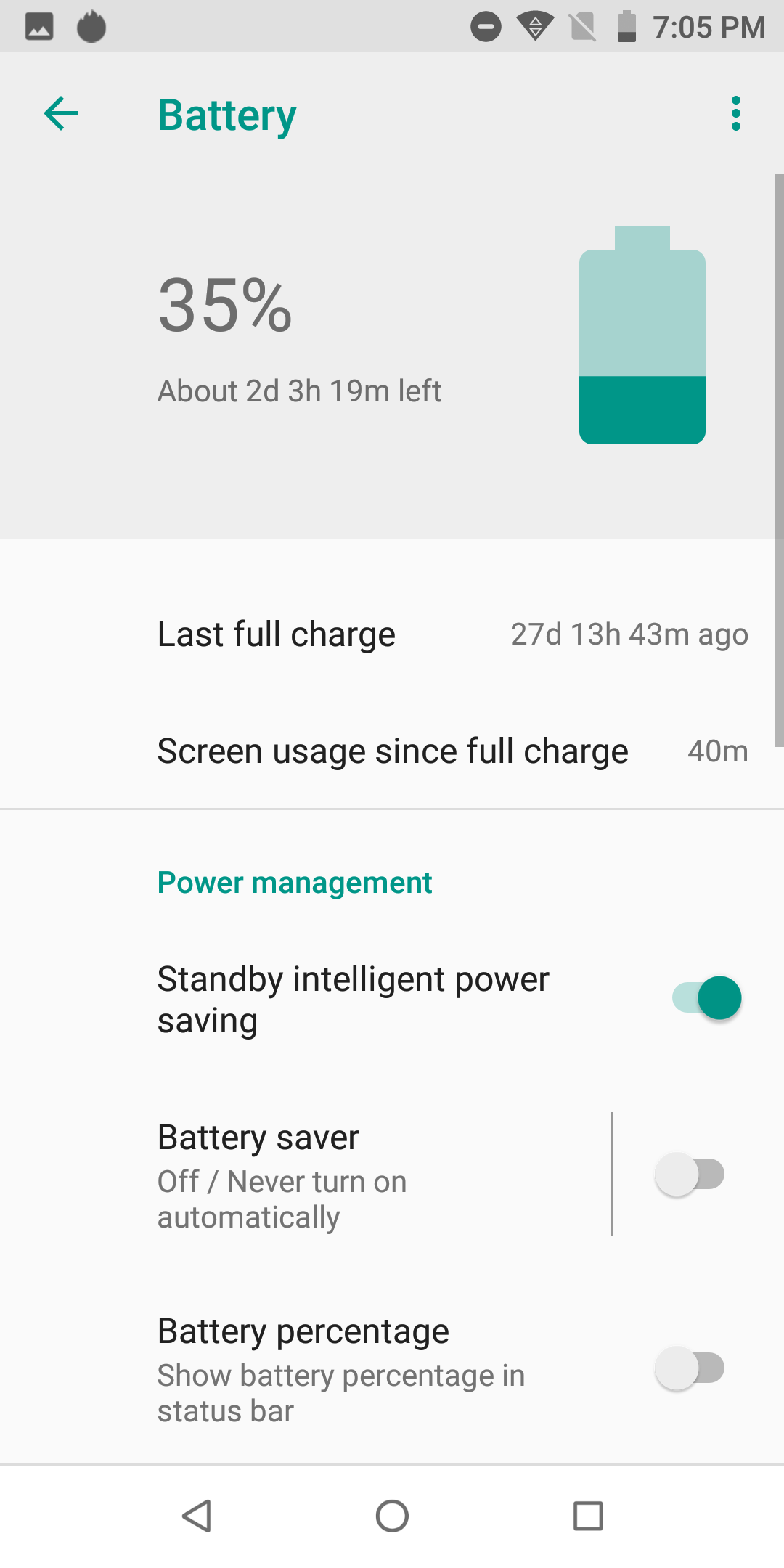 The Vernee V2 Pro has a non-removable 6200mAH Li-Po battery which has a decent fast charging feature. These days people prefer purchasing fast charging battery smartphones, so take into account that this smartphone needs only 150 minutes to charge completely, with the use of the 9V/2A charger you’ll find inside its main package. As for its battery life while in typical usage, I’ve constantly managed to get over 5 hours of screen on time (5-5,5 hours on an average) when mostly on WiFi, and around the 6 hours mark when on 3G/4G. While this is good, it could get better, especially considering the battery size of 6200mAh. 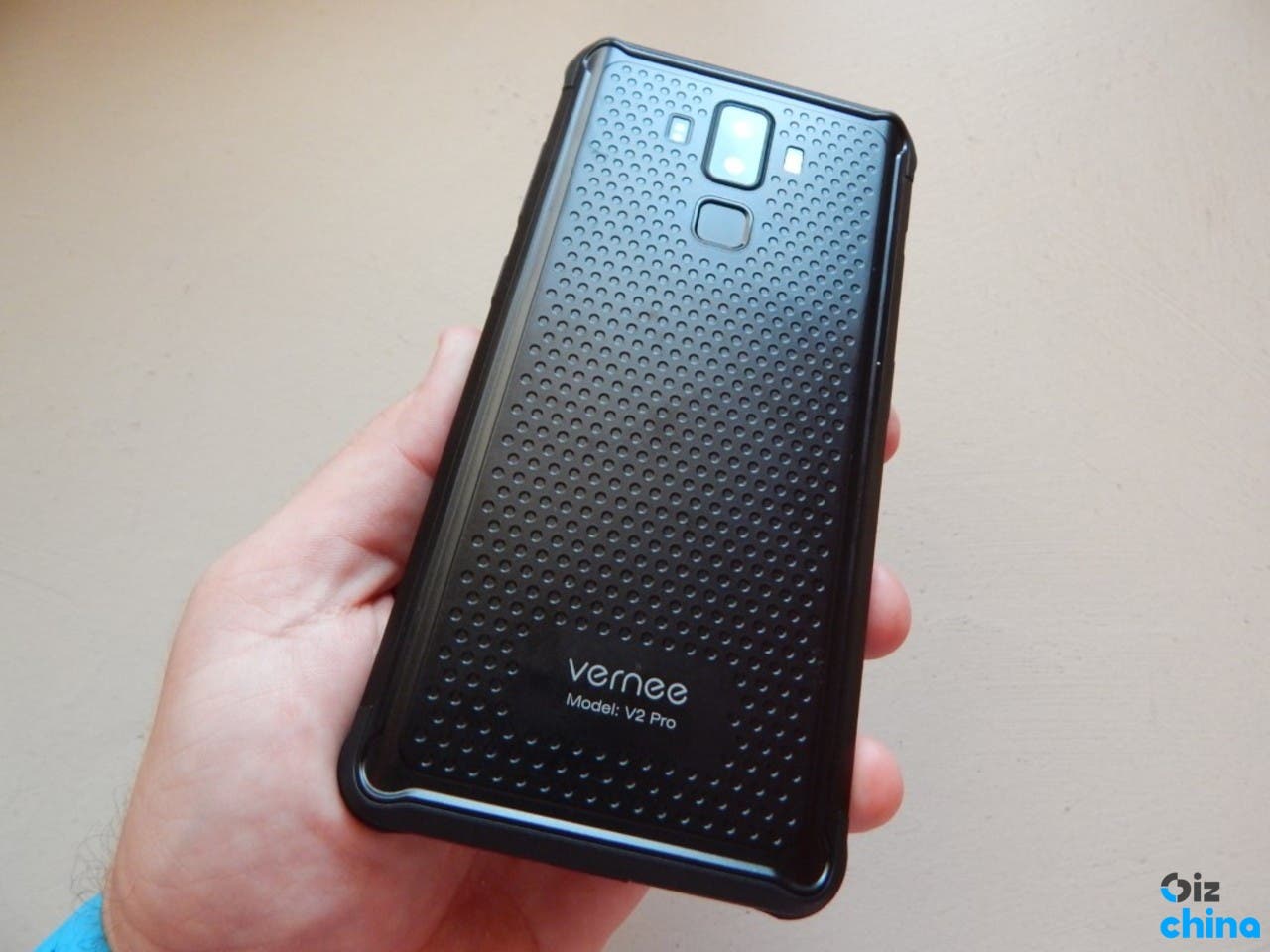 As I mentioned before, the fingerprint scanner of the device is positioned at the back, just below the main camera. It is not one of the fastest in the market, but it surely gets the job done, offering 0,1 seconds of recognition time, with an average of 95% success rate while in everyday use. Typical stuff there too, don’t expect anything else.

If you read the title of our review, then you must already know that the V2 Pro is one of the first rugged smartphones out there, equipped with not 3, but 4 cameras: a 16.0MP + 5.0MP main pair of lenses along with two 8.0MP + 5.0MP front shooters for selfies with bokeh effects. The 16MP lens can use interpolation to increase its resolution to 21MP, but I wouldn’t suggest it. Just use the true 16MPixels of the sensor, it’s much better. 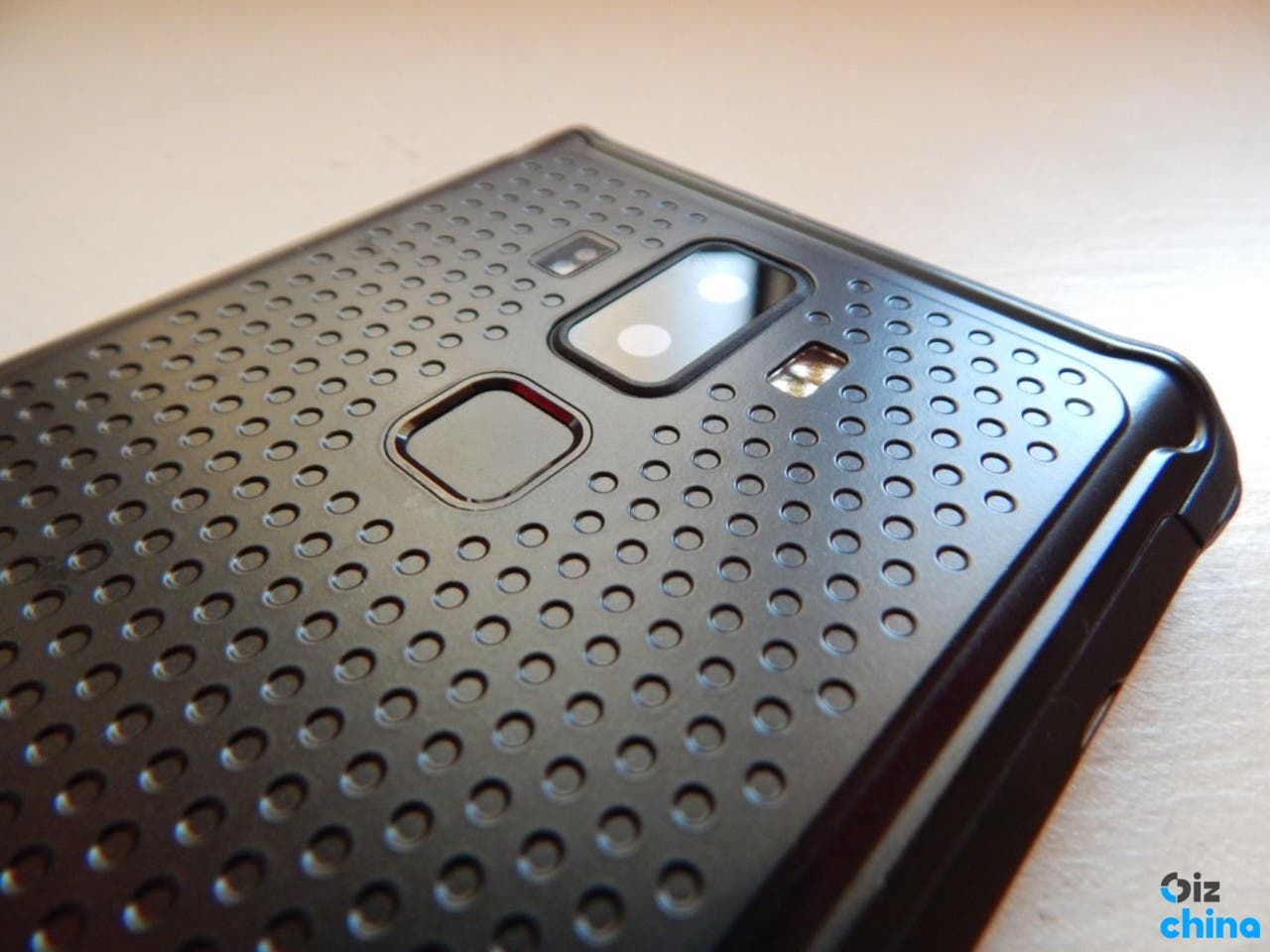 The main dual camera is definitely potent enough to take some breathtaking shots I’m sure, but again that’s bottle-necked by the software running on the phone. It’s sad to notice that there’s no manual mode on the camera app, something the V2 Pro definitely deserves. The camera can capture the images at 4608 x 3456 pixels and record some decent videos of 1920 x 1080 pixels resolution @ 30fps. 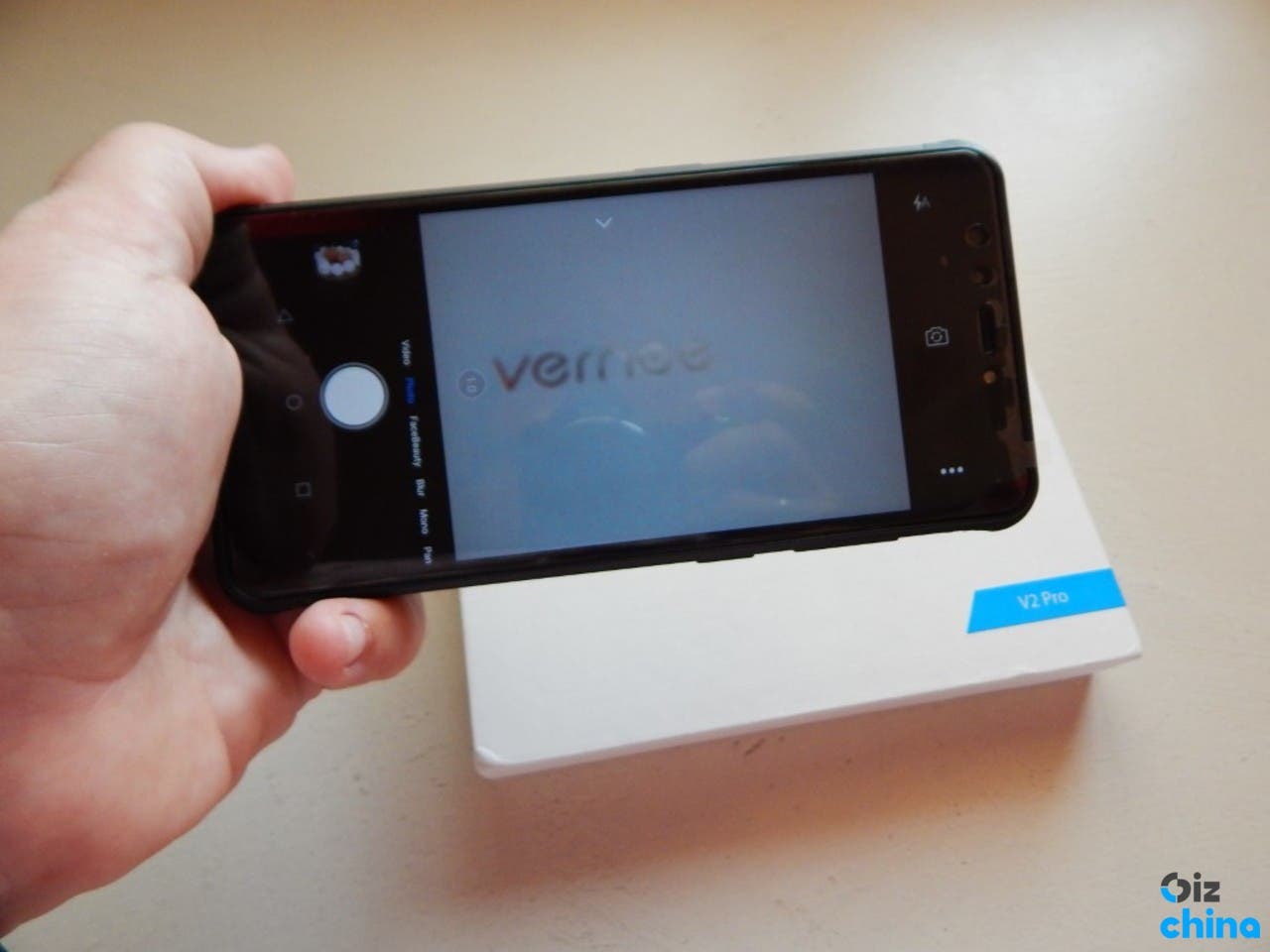 It’s a dual setup that manages to focus fast, and thanks to its RAM/SoC combination, saving clicked photos is extremely fast also. As you’d expect, the shutter tends to remain open for a little while longer in low-light situations, which means you’ll often end up with blurred photos. This, in turn, will make you miss OIS. There’s an ‘anti shake’ mode in the settings that you can turn on (probably something based on EIS), but it doesn’t work all that well anyway.

The front camera can also capture images with a maximum resolution of up to 3264 x 2448 pixels but when it comes to recording the video the results are NOT impressive, as it only records 480p videos @ almost 30fps. Fortunately there’s also a front facing flash that can surely brighten up those selfies during the night, with beauty mode and facial recognition.

If you’re in the market for a rugged smartphone with affordable price and some impressive technical specs, then the Vernee V2 Pro is definitely a phone that breaks away from the norm! Equipped with a decent chipset, 6GB RAM and 64GB of storage, along with a large battery (6200 mAh) it can surely become the phone you need for those hard working days, or just a heavy duty device if you’re clumsy. 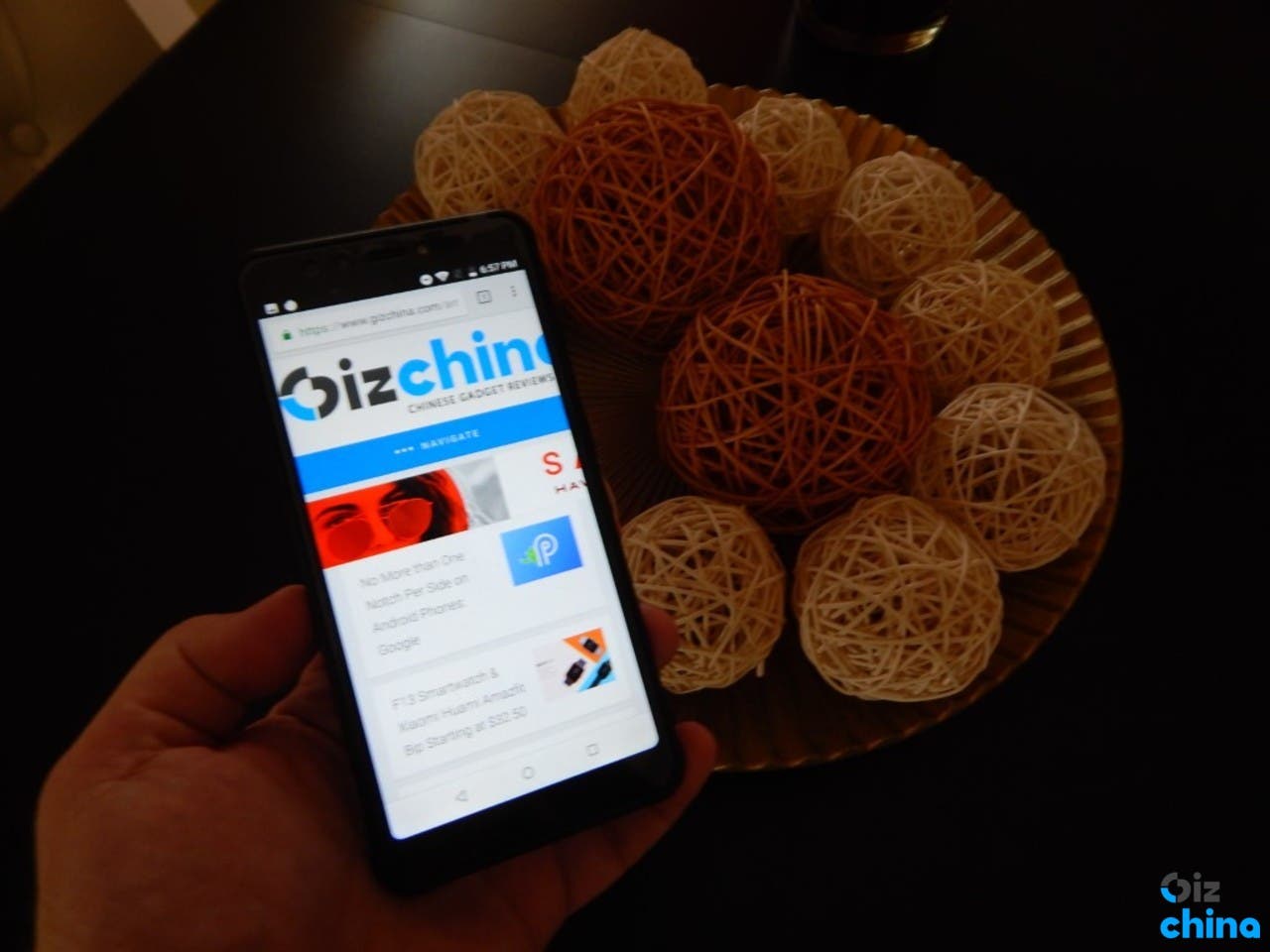 Make no mistake, for around the 249$ mark, the V2 Pro is still perhaps one of the best spec’d phones out there. I suggest that you do have a look at it, before you decide what to buy, especially if you’re a fan of quite powerful, 4G/Dual SIM Android smartphones with impressive battery life, IP68 certification, NFC for contact less payments and lag free multitasking.