Chinese manufacturing giant, Meizu, has been on the headlines since it unveiled its new flagship, Meizu 16 with a starting price below $400. With this price tag, Meizu 16 remains the cheapest SD845 smartphone and this price tag is “unbeatable”. Before the Meizu 16 series was released, Meizu Technology founder, Huang Zhang, had revealed that Meizu 16 series also included a Snapdragon 710 model dubbed Meizu 16X. According to Mr. Zhang, Meizu 16X will be the “best” SD710 smartphone when it is released. We can hardly doubt his statement especially after the release of Meizu 16 and 16 Plus which sold out in one second earlier today. 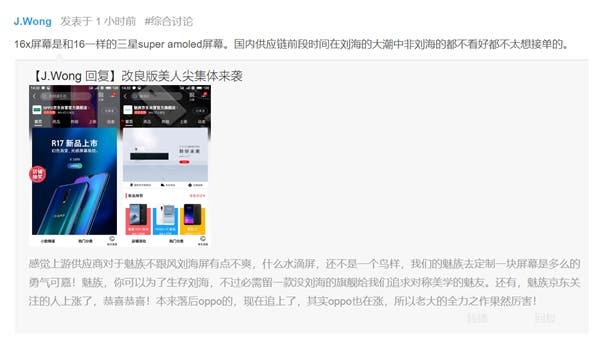 In addition, Huang Zhang revealed that the Meizu X8 will also be equipped with Snapdragon 710 processor with a display larger than Xiaomi Mi 8 SE and a notch which implies that the screen-to-body ratio should be high. This smartphone will not cost more than 2000 Yuan ($292).