Cubot are a company that don’t do as much hype as say some others, but at the same time manage to churn out a decent device every now and then. The Cubot X16S is a phone that — as its name suggests — is an upgrade to the existing X16. It features the interesting MT6735 chip along with 3GB RAM, and a supposed sturdy build, and sells for around the $100 mark. How good is it, then? Let’s have a look, in the Cubot X16S review!

Right off the bat, the X16S gives you the impression of being a very well made phone, reminiscent of the OnePlus X in more ways than one. It also happens to be one of the few phones in the market with a 5-inch display, which honestly is what I personally prefer.

The phone is definitely on the heavier side with all the metal and glass, which can sometimes feel a little synthetic. Consumers are to blame anyway, we tend to rate a device’s build party on how much it weighs. Anyway, back on topic – the X16S features a total of just 3 antenna lines — and that too, only on the edges (none on the rear). 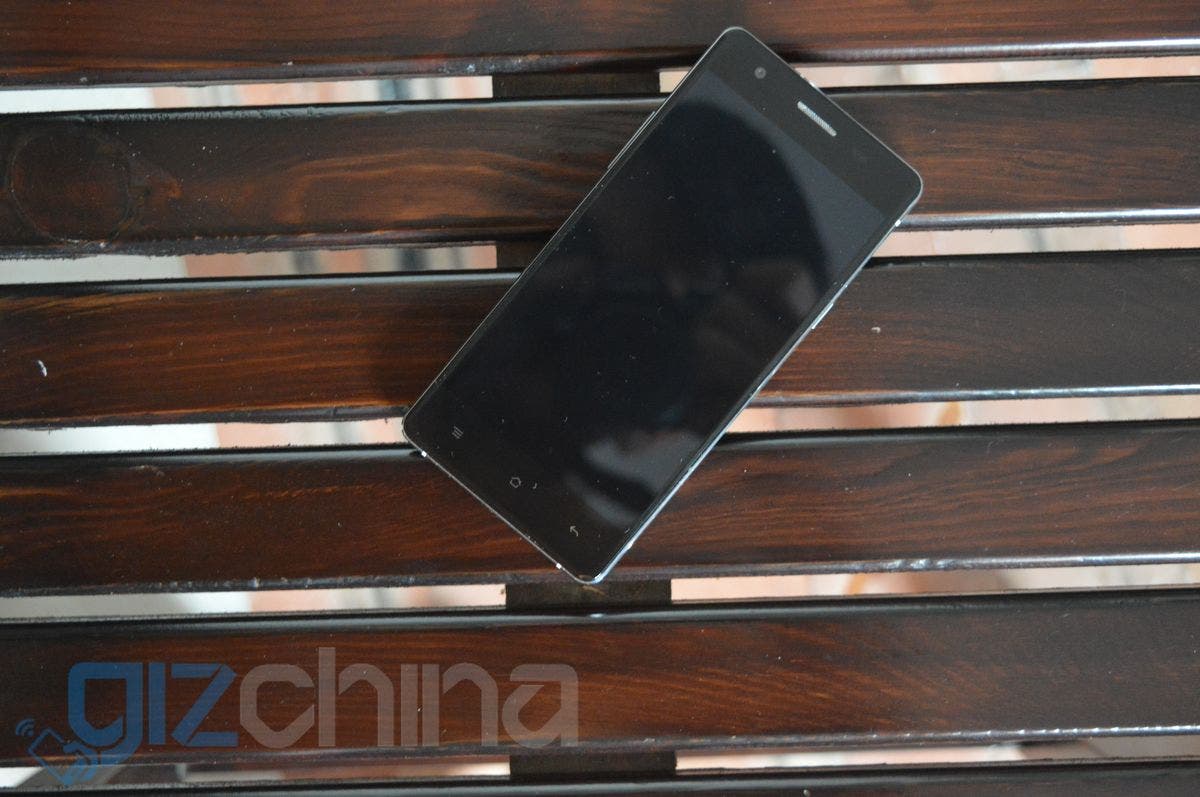 The entire design of the phone is rather simple (‘minimalistic?’), with not too much going on at one place at any time. That said, there are a couple of places that the phone kind of looks… tacky (for the lack of a better term).

As mentioned in the first hands on with the phone, the X16S doesn’t seem to feature any kind of oleophobic coating on the glass. The glass doesn’t seem to have any protection on it as well, and the X16S is one of the very few phones I’ve managed to get a scratch on (I never use a screen protector, by the way).

As for the lack of an oleophobic coating, it is really, really disturbing. The phone can go from looking like a piece of art (figuratively speaking, of course) to looking like a grease-smeared brick of glass in a matter of seconds.

Another design issue with the phone is the speaker, which happens to be on the rear of the phone. There’s no raising around the speaker also, so keeping it flat on a surface pretty much completely obscures the speaker.

The buttons (power on the right, volume on the left) seem to be made out of some proper metal and are comfortable to use, along with enough feedback. As for ports, the X16S has a 3.5mm jack on top and a micro USB port on the bottom chin.

We’ve tested the MediaTek MT6735 enough in the past, and it’s a lovely SoC to have on a phone. On the X16S, it’s in company of 3GB of RAM which makes it a fairly potent entry-level smartphone. The phone was definitely overpriced when it first came out, retailing at $130. However, at $100 and change, the X16S is a device I would recommend over some other MT6580 phones.

The LCD screen on the X16S is nice and bright (it looked surprisingly nice at the first look), but lacks a fair bit when it comes to viewing angles. I’m usually not a sucker for viewing angles, but even a slight deflection and you’ll see completely different colours on this screen. For me, this is a huge downer as far as the experience of using a phone is concerned.

Battery life has been really nice. The specs list a 2700mAh battery, and for me that has translated into well over 5 hours of screen on time, which I’d say is impressive. Cubot have again shown what they’re capable of by not shipping a phone with half baked software, and I hope other companies take cue.

Audio from the loudspeaker is trebly and shrill, and sometimes not loud enough. Cupping your hand around the speaker solves the issue by quite a bit, but technically speaking you shouldn’t be required to do that anyway.

General performance wise I’ve never really had an issue with this phone. It proves that the MT6735 is still a nice SoC to put on a $100 phone, and that it can handle today’s app when paired with enough RAM. I’m not quite aware of the price difference between the MT6735 and the MT6580 (I’m assuming it’s quite a bit), but most times it just makes sense to use the MT6735 instead, especially considering that it gives you 4G LTE access as well.

So I’ve had no real issues with the network and radio part of the phone. It might be worth noting that I use the phone only with a single SIM.

GPS has been rather good for the most part, latching on to satellites even indoors. I’ve had the infamous ‘hopping’ problem a couple of times, but that’s usually indoors and quite understandable. 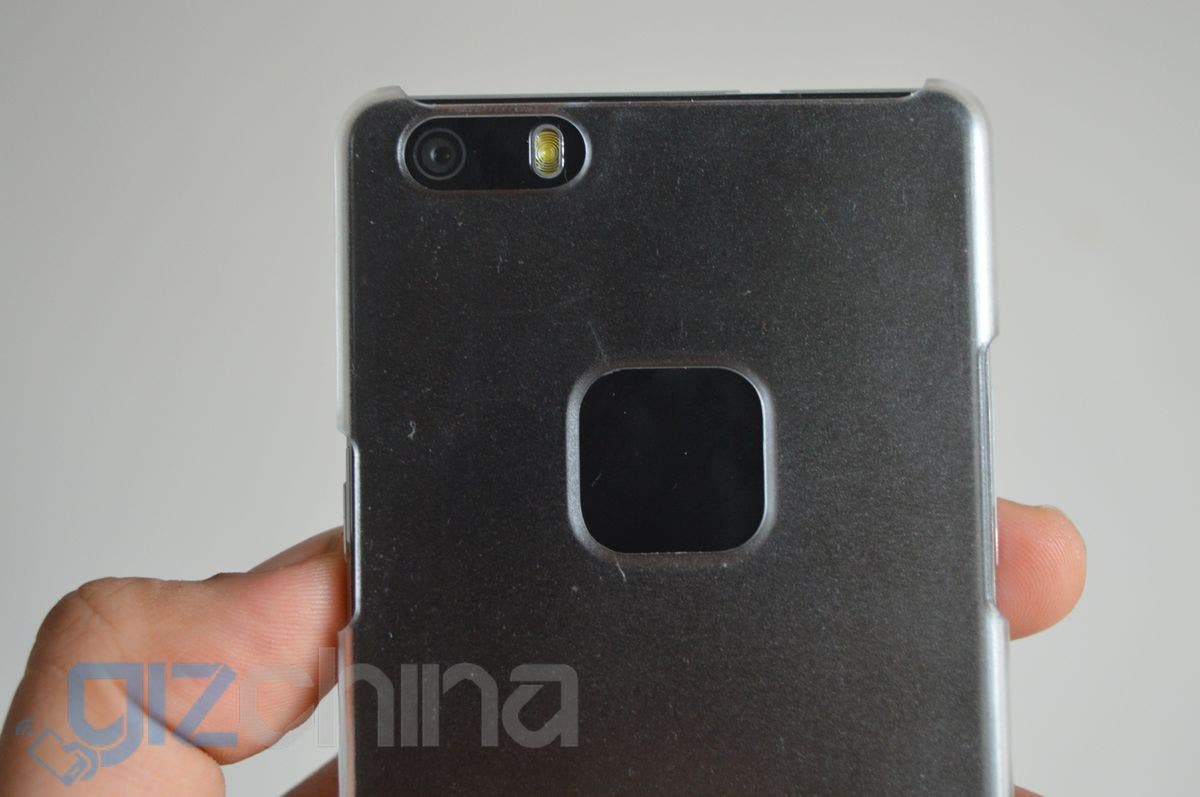 Multimedia features are probably the one section that differentiate ‘budget’ phones from their higher-end compatriots. Which means, the X16S isn’t quite the phone it is usually as long as its multimedia we’re talking about. Paired with a strictly average screen, below-par speakers and a so-so camera, the X16S doesn’t make for the best multimedia rig.

The camera too, sits somewhere around there. The phone has an 8 mega-pixel sensor, which the software does tricks on to churn out 13 mega-pixel photos. Not too bad, but nothing to write home about. In dark lighting, it’s pretty bad.

We took receipt of the UMi London only yesterday, and while it doesn’t promise too much over the X16S, it does seem to have a better camera.

Have a look at some samples taken on the X16S. 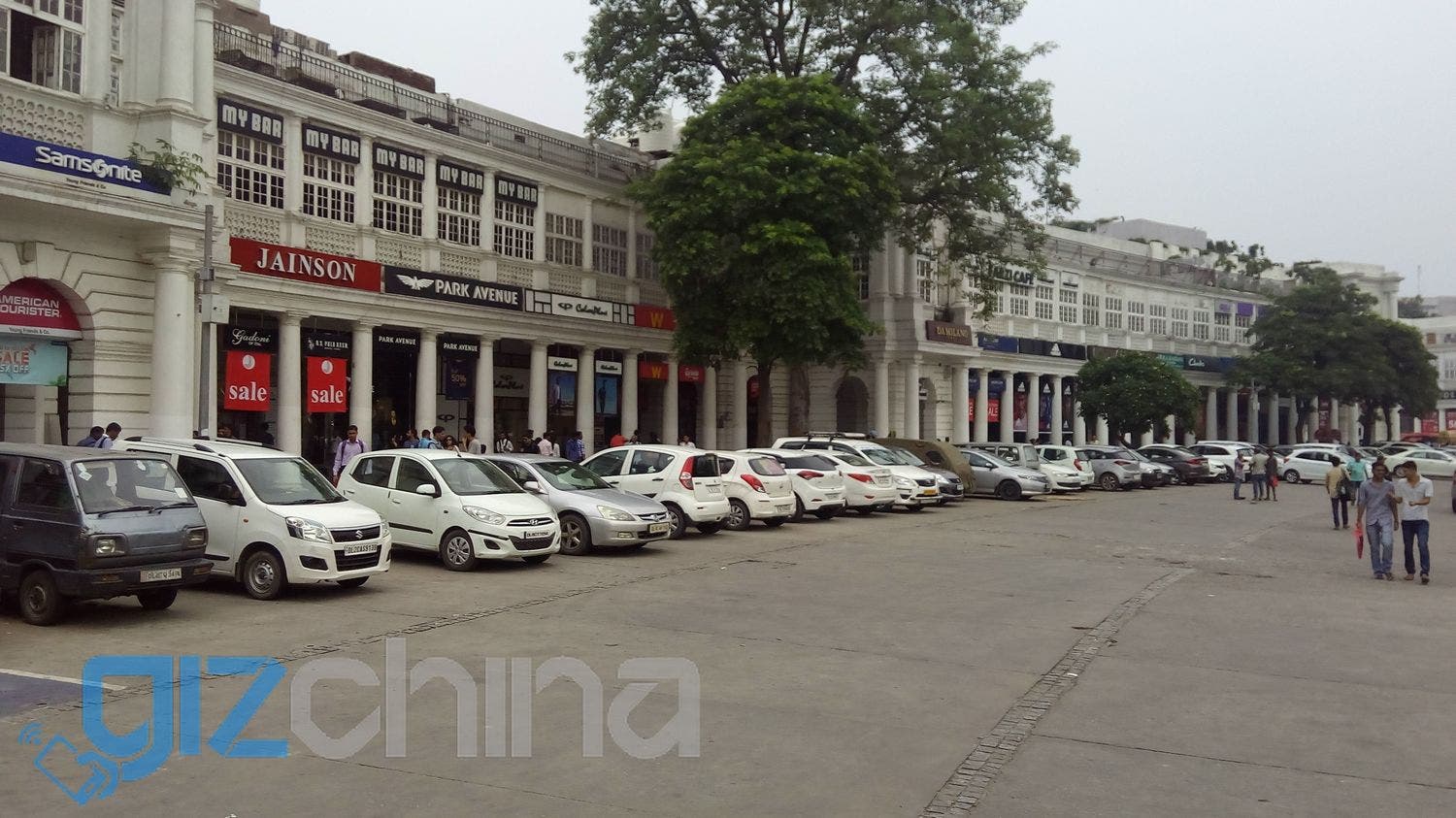 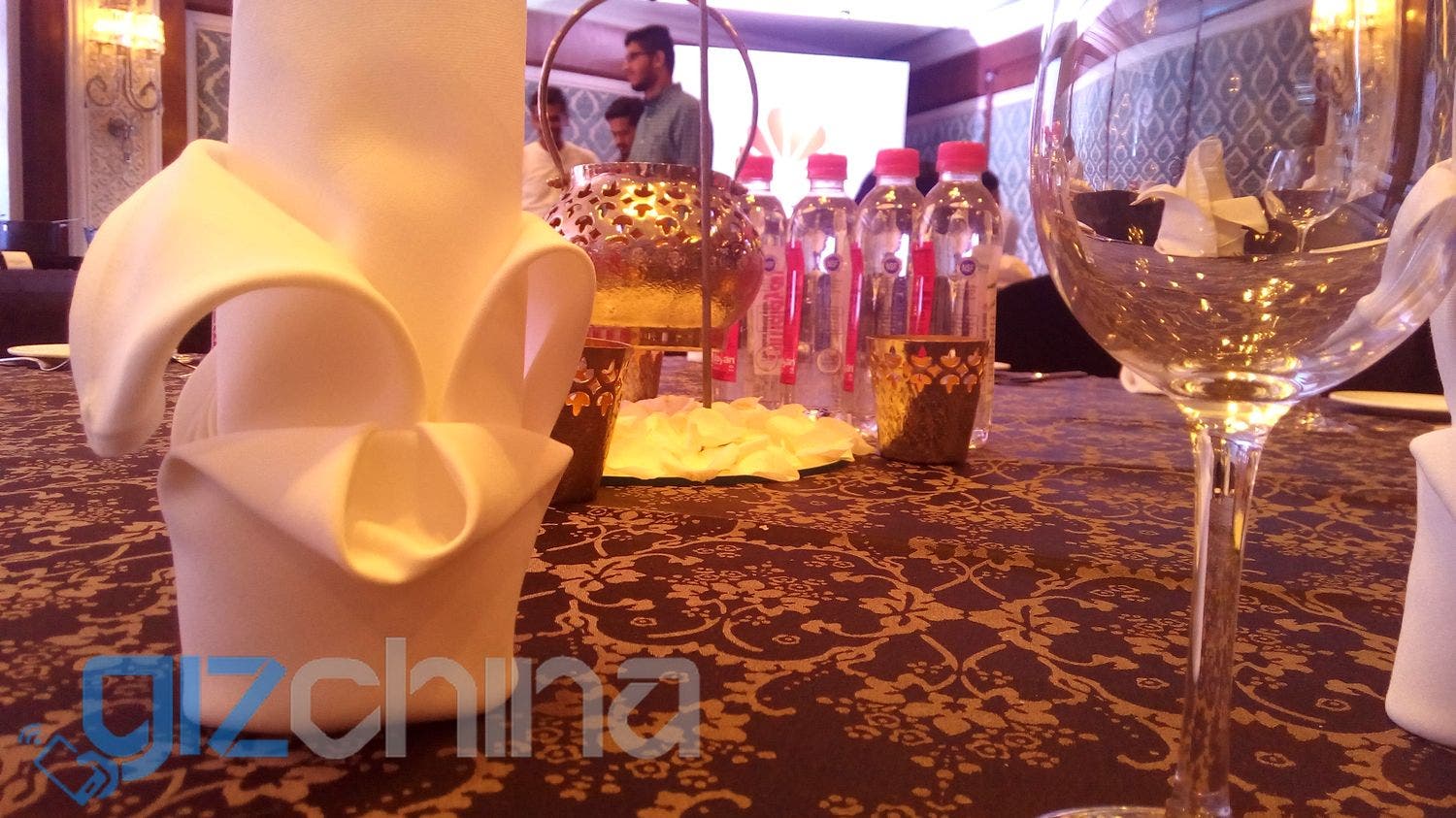 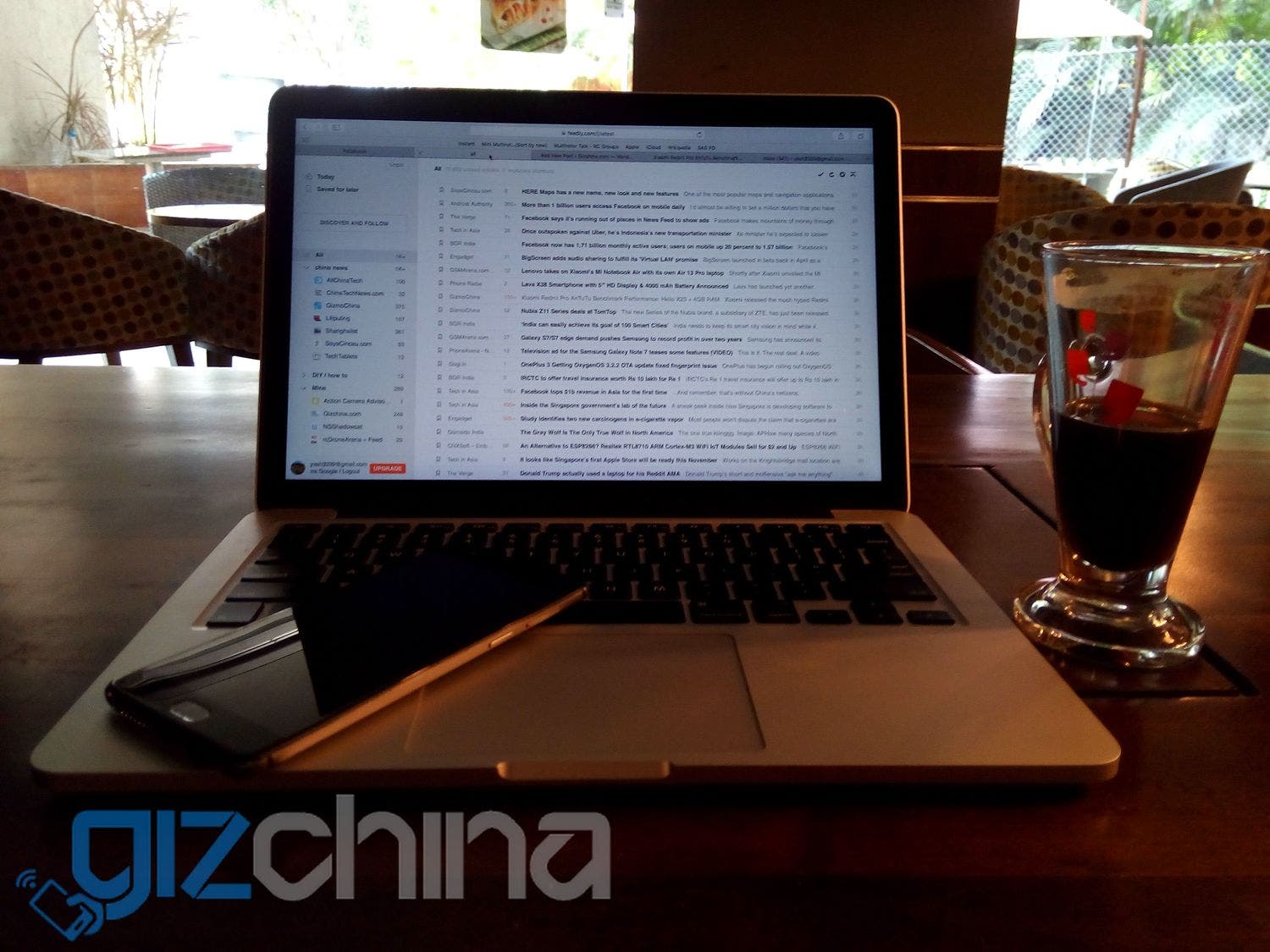 The X16S is a phone that feels really good in the hands, but shortcomings start appearing after a little while of usage. This includes:

If that isn’t an issue for you, you’d be happy to know that the phone does shine at many places, too:

That said, as a brand, I would probably trust Cubot a bit more than other phone makers from China.

We’d like to thank Everbuying for providing the X16S sample for this review. You can purchase one here.

Next Homtom HT10 will be featuring an iris scanner