What a great way to end a week of Chinese smartphone tech, more leaked photos and a render showing us what the Xiaomi Mi Note 2 is going to look like.

Rumours surrounding the Xiaomi Mi Note 2 are so varied that it is becoming increasingly difficult to figure out what exactly the phone is going to feature and look like. To recap, sources say that their will be around 4 different variants of the Xiaomi Mi Note 2, from a more simple flat screened version to a top end model with curved display and dual rear cameras.

This mornings images come in two forms, the first set are actual photos of a curved display phone running a MIUI ROM, and the last image is a render based on all the leaks so far. 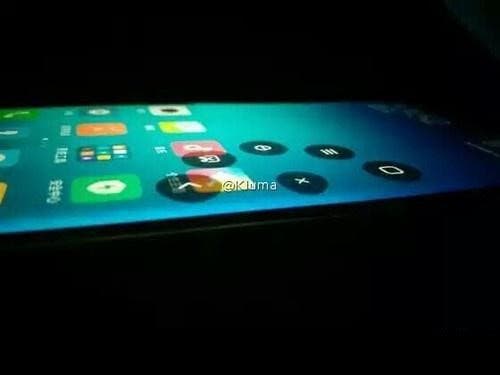 Leading with the real photos, it is hard to get overly excited from these photos alone. Yes, they do show a curved display and yes we can see Xiaomi MIUI ROM (or at least a theme) in there too. The issue is that this could be any of the current curved screen phones (Vivo, Samsung) with a MIUI theme installed, there are no distinguishing features that prove this is an all new device.

So this leaves us with the render. Again, it’s not too exciting as this is doesn’t appear to be an official render, but it does give us an idea of what the Xiaomi Mi Note too could look like and it sums up the main features of the phone too.

Although none of these images are confirmed, I do like the look of that render and am interested to know what a phone with curved front and rear is going to feel like in the palm of your hand.

What do you think of the latest Xiaomi Mi Note 2 news?

Previous This is LeEco’s Snapdragon 821 phone

Next Xiaomi robot vacuum coming to a home near you