While the Huawei Nova is expected at IFA, the Huawei Mate 9 isn’t due to arrive until October, still there are plenty of rumours to go on before we finally see the new device.

Early today we posted the first real photos of the Huawei Nova, a smartphone due to launch shortly at IFA powered by the latest Kirin 960 processor with a price of only 2000 Yuan.

The Kirin 960 also has another home though, and due this October Huawei are set to release the Mate 9 with the chipset, offering Cat 1 LTE, better graphics and running Android 7.0. 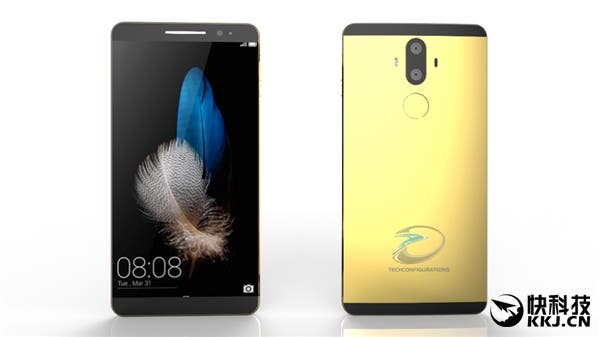 We’ve seen purported leaks of the Mate 9 already, but now someone has pieced together all the available clues to recreated a mock up of the new phone in these 3D renders

The device shown has the dual camera, and laser focus module spotted in previous leaks built in to a metal body finished in either gold, grey, silver or pink. Other features of the phone include a rear facing fingerprint scanner, dual LED flash, dual speakers in the base and USB Type C.

Huawei are likely to launch the Mate 9 in China first with a roll out in select global markets in the run up to Christmas.