Most ‘Max’ phones we’ve seen of late have really been a tad disappointing to say the least. Meizu’s rendition of the ‘Max’ was expected to be somewhat different (and thus, more powerful), but that doesn’t seem to be happening.

Why I’m saying that is because the phone just leaked with a Helio P10 processor. The leak was courtesy benchmarking database of Geekbench. Have a look at what else the leak had to show about the upcoming phone. 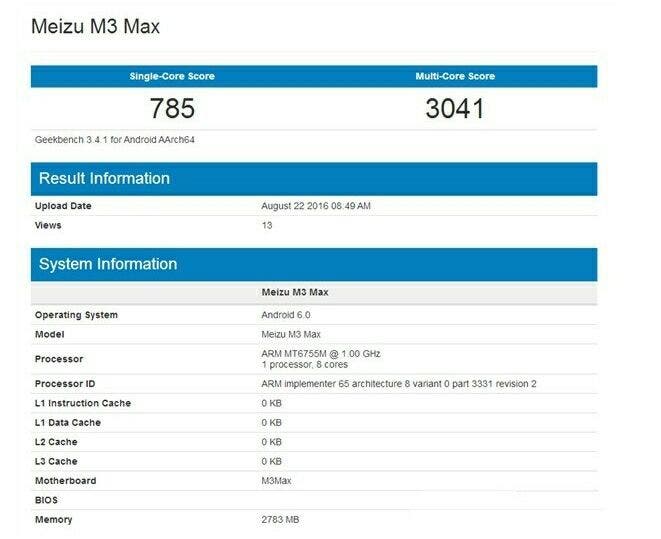 The Meizu Max (or the M3 Max, whatever they choose to call it) will launch in 4 days’ time, on the 5th of September. While the Helio P10 doesn’t make us jump in excitement yet, there’s no ruling out the possibility of another variant of the device with a more potent SoC inside it.

We should know in the coming days. What we do know now is that the P10 version of the M3 Max or the Meizu Max scores 3041 multi-core and 785 single-core points.