During the press conference at IFA 2016, Lenovo presented the new Moto Z Play, a mid-range smartphones characterized by a design similar to the Moto Z and Z Force. With a thickness of 7mm, it’s big enough to ensure the presence of a 3.5mm audio jack, sometimes absent on the higher-end models.

The Moto Z Play is powered by a Qualcomm Snapdragon 625 octa-core clocked at 2GHz, along with 3GB of RAM and 32GB of internal storage (expandable to 2TB through microSD).

It sports a 5.5″ Full HD Super AMOLED display, a 3510mAh battery which will allow for 50 hours of usage (…Lenovo says) and will support fast charging, giving you 8 hours of battery life with only 15 minutes of charging. The smartphone also features NFC. 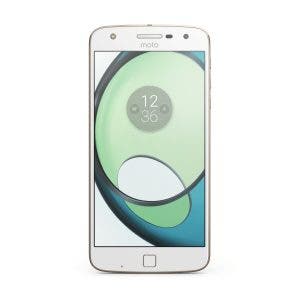 On the front we find the home button/fingerprint reader just like in the Moto Z series, a 5 mega-pixel front camera and a front facing LED flash. 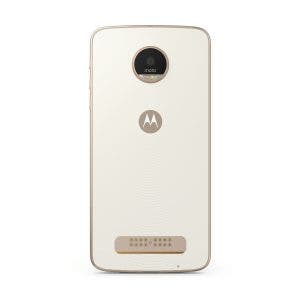 While on the back, we have a 16 mega-pixel f/2.0 shooter. But more importantly, we see the Moto Mods design, which will allow you to add different modules like the Hasselblad True Zoom, (also announced at the event). 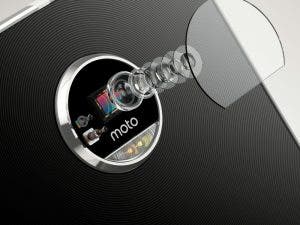 The Hasselblad True Zoom is an add-on 12 mega-pixel camera module which features a 10x optical zoom, along with physical buttons to control zoom/shutter and the opportunity of shooting RAW. Hasselblad has also added a powerful Xenon flash to drastically improve photos taken in low light situations. 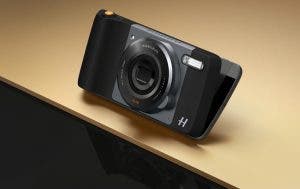 Google and Hasselblad also partnered up to give users unlimited space for their pictures on Google Photos (in the original format). The offer will expire after two years, though.

What do you guys think of the Moto Z Play and the Hasseblad True Zoom? Do you like the idea of a modular phone? Let us know in the comments below.

Next UMI Max showcased at the IFA 2016