Seems like iNew are about to release and new smart wearable device at the end of September named simply P1. The gadget should be a smart wristband with a circular display supplying all the information about your body and health activities and measurements, sleep patterns or time. For the active style people it could be an interesting option for tracking their data and using it for example for better planning of the sport activities and such.

The P1 wristband should have the IP67 certification, making it fairly durable and resistant to water and dust. It should be available in three different color variants, so far they have mentioned the rose gold, gold and gun color. The smart wristband hasn’t been officially released yet, but we have already a list of functions it should be sporting. 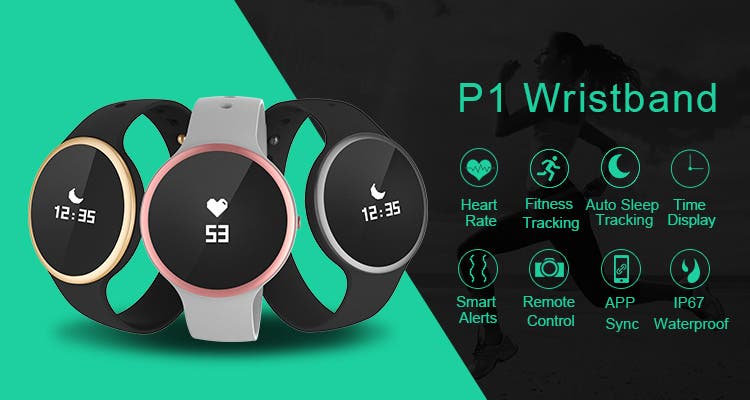 So the P1 should be equipped with a heartrate monitor, pedometer, smart notifications, remote controls, burned calory counter, distance counter, sleep monitoring, data synchronization with paired device and surely some more. We should know more when it’s officialy released by the end of the month and then we can bring a full report about the iNew P1 smart wristband. Stay tuned.

Previous UMI Plus aiming for a fancy and aesthetic design

iNew U9 Plus review – big and plastic