The recently launched Uhans A101 is not dazzling anybody with its powerful hardware, but among the budget devices it has an edge thanks to the 4G supporting chipset. Most of the phones in comparable price range are still sporting the MT6580 without a trace of the faster 4G internet networks. 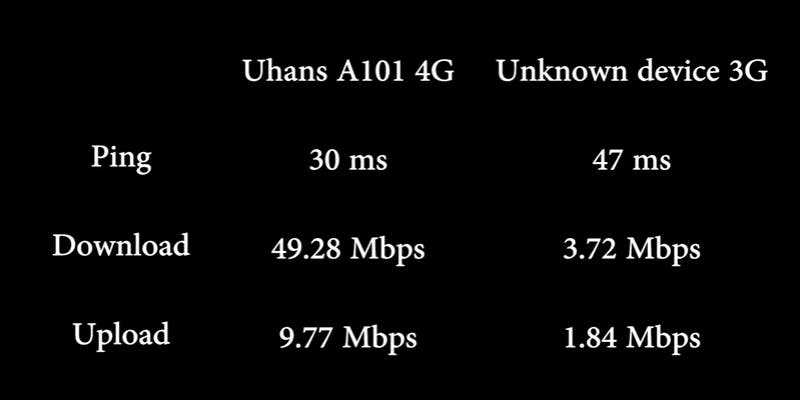 As you can see those are really the ultra budget specs give or take, but with at least the 4G support the phone stays competitive and especially the european customers will appreciate the full band spectrum 1/3/7/8/20. And to prove the 4G is really better than just poor old 3G we have here an official video comparing the network speeds of the Uhans A101 and some unknown MT6580 equipped device. Enjoy.

For those interested the Uhans A101 is currently available for example here.

Next Rawr, the next Ulefone phone is going to be named Tiger