We’ve already seen some “leaks” in here about the next LeEco’s next flagships (they come in two versions), the LeEco Le Pro 3 series. Today LeEco posted a new picture on Chinese social media, this time it’s the image of a snail with an apple beside it. A clear shot against Apple’s slow charging present in the latest iPhone’s. 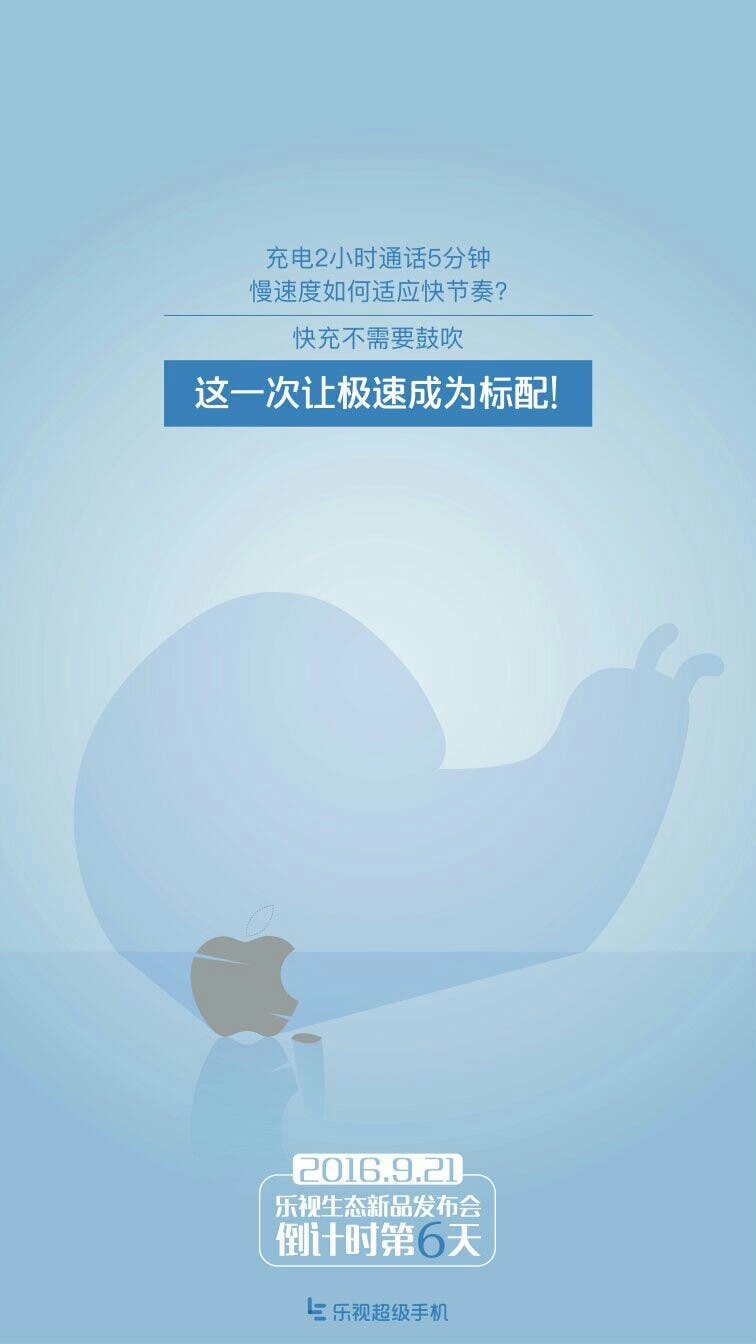 Rumors say this image implies that both versions of LeEco Le Pro 3 will feature fast charging, presumably Qualcomm’s Quick Charge 3.0. This is also due to the fact that the LeEco Le Pro 3 “Standard edition” and the “High edition” will pack 4070mAh and 5000mAh batteries respectively, which makes fast charging a pretty needed feature, nobody wants to wait for hours to get a full charge. 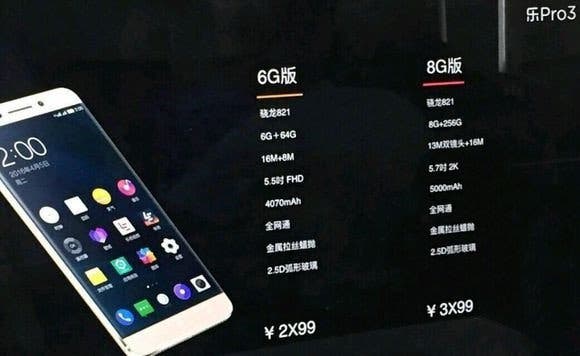 From previous leaks we already know the specs of the two devices both rocking Qualcomm Snapdragon 821 CPUs. The cheaper one will sport a 5.5″ Full HD display, 6GB of RAM, 64GB of internal storage, 16MP camera on the back and an 8MP front facing camera, while the more expensive version will instead boast a 5.7″ 2K display, a whopping 8GB of RAM and 256GB of internal storage.

The camera setup is considerably different, it will indeed sport two 13MP cameras on the back and a 16MP shooter on the front.

Both handsets will be announced on September 21st, thus we’re less than a week away!

Previous Leaked photos of the No.1 G6 smartwatch surface