TCL have released their new TCL 520 in Beijing today, a phone that the company calls a “Beauty Phone”.

The device will sit at the top of the TCL range and comes with a host of beautification features installed to the custom ROM as standard.

TCL had already released the 750 and the 520 basically clones the design of that phone with dual glass 2.5D curved panels front and rear, a metal chassis and overall thickness of 7.45mm (there will be both white and black colours to choose from). 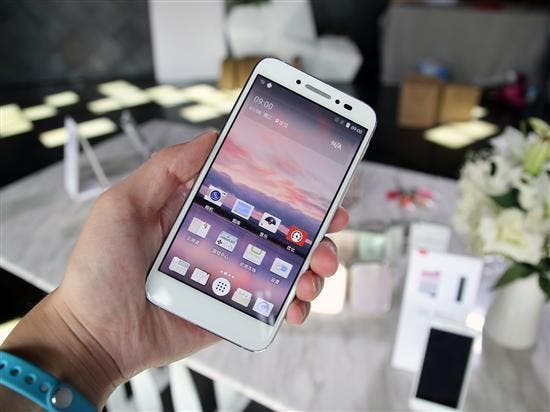 The main feature that tells the 750 and 520 apart is the special “temperature” LED flash to aid with the camera beautification features.

Compared to some of todays phones, the TCL is quite under powered with a Mediatek MT6373 chipset 3GB RAM, 32GB internal memory , and a very small 2460mAh battery, For a phone that claims to be a camera centric device, the camera specs are also a little off the mark. The rear is a 13 mega-pixel sensor with F2.2 aperture while the front 8 mega-pixel camera is F2.4.

TCL are planning to only officially launch the new phone in China at a price or 1290 Yuan.