Following the big Xiaomi success with Mi Band smartband on the wearable market most of the chinese manufacturers are trying to catch up too and release at least some sort of a smart gadget. Zeblaze are no exception to the rule and they are working on their own Zeband. 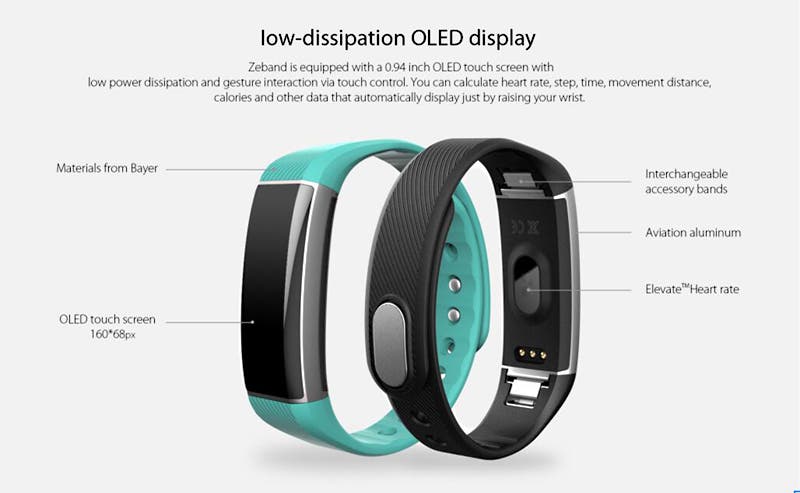 We have some basic specifications for you thanks to an official newsletter finding it’s way into our mailbox. So we know that the smartband will have a 0,89-inch OLED display with 160 x 68 pixel resolution and touch controls.

All the measurements including heartrate, number or steps, time, distance covered or calories should be available just with a simple raise of your wrist. For the heartrate monitoring Zeband applies Elevate TM wrist optical technology which continuously monitor the heartrate and records the burned calories better.

Once again Zeblaze cooperate with the german Bayer company so the band material will be anti-allergic, anti-corrosive and stretch proof.

So far not a word about the avilability and pricing for the Zeblaze Zeband, but both should be revealed pretty soon.

Fantastic deal with Mi Band 6 available only for $33.90