We’ve already had one of these this week, but Meizu won’t us to be all over their new upcoming phones and so leaked another!

In addition to their flagship Pro 6S (which we discussed here), Meizu seems to be working on a more wallet-friendly model named the Meizu M5. The M5 give’s us your usual Meizu body but being a ‘M’ model should cost significantly less than the flagship phone (the Meizu M3 for example costs as little as $155, while the current Pro 6 is closer to $360).

For Meizu, it’s quite common that they leak an upcoming phone and that’s what we have here in the form of social media posts. 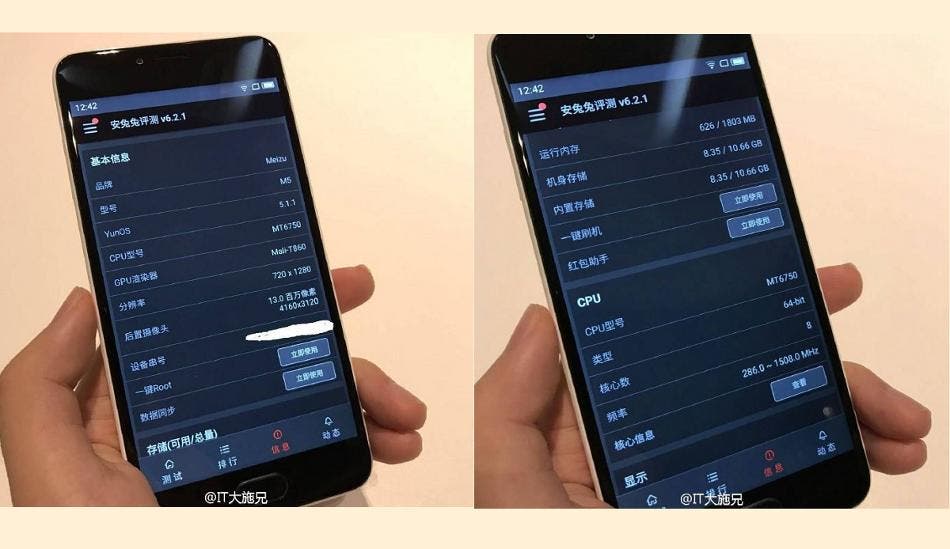 Helpfully the handset in the photos is running Antutu so we get to see some of the hardware which doesn’t seem to add up to a huge upgrade over current Meizu models.

The M5 will apparently have an HD 1280 x 720 display, 1.5Ghz chipset, 2GB RAM, 16GB internal memory, a 13 mega-pixel main camera and Flame based on YunOS. Also, we should expect Meizu’s own mBack button with fingerprint scanner too. Scores for the phone on Antutu come to 40,100 which is about on par with $100 phones we’re seeing from smaller, budget phone makers.