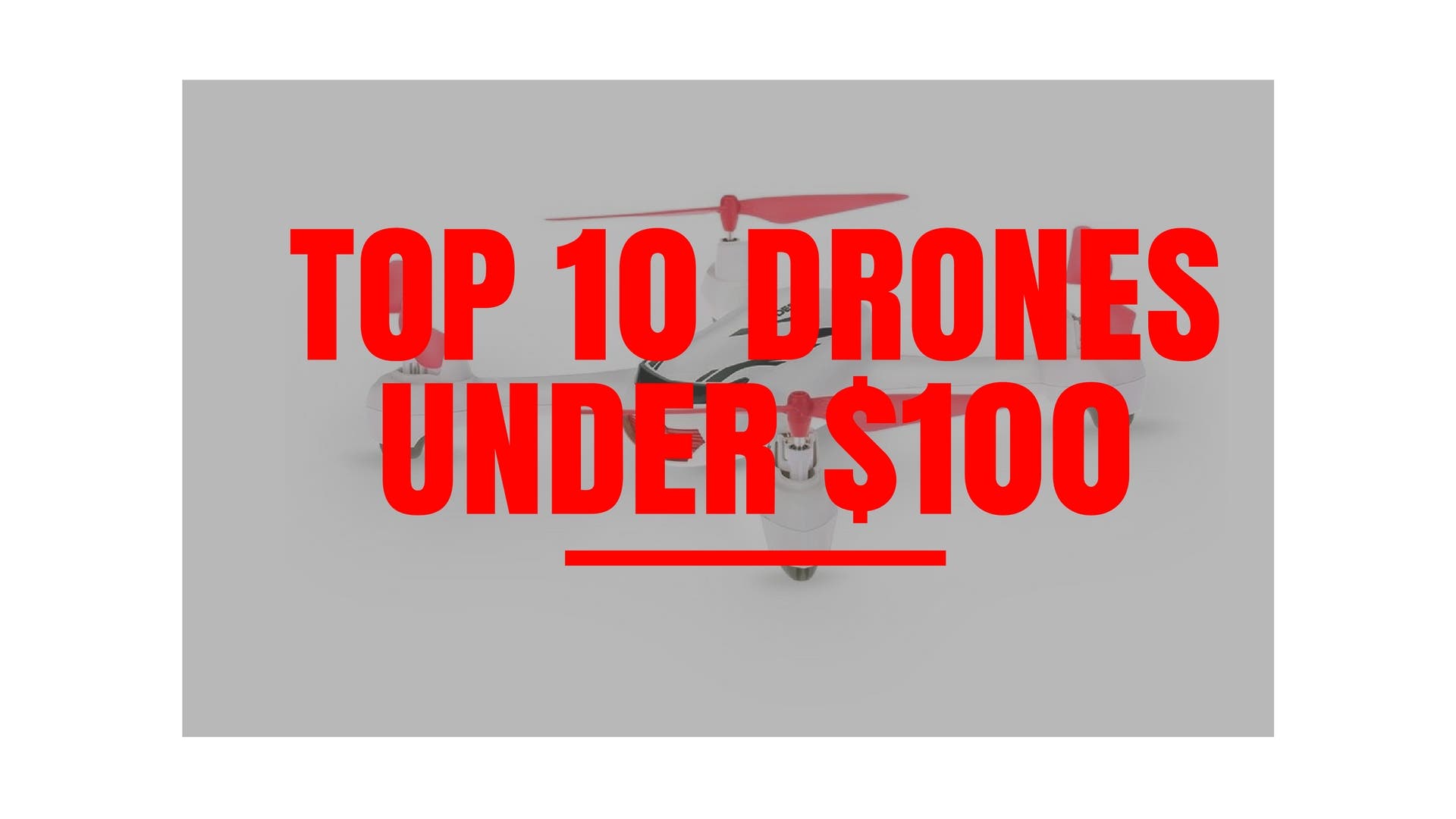 Christmas is getting closer and you might wondering what to get for yourself, a friend of yours of a family member. Well, have you ever thought about getting a drone? They’re a ton of fun and they’ve recently become pretty easy to handle for about anybody.

In this list you’ll find the best drones you can get for under $100!

Before we begin: We’ve added the best buy links to each drone below. It’s worth mentioning that almost all online stores have discounts going on, and there are some coupons you can use (for example, ToysHo on Banggood and rc18off on Gearbest). 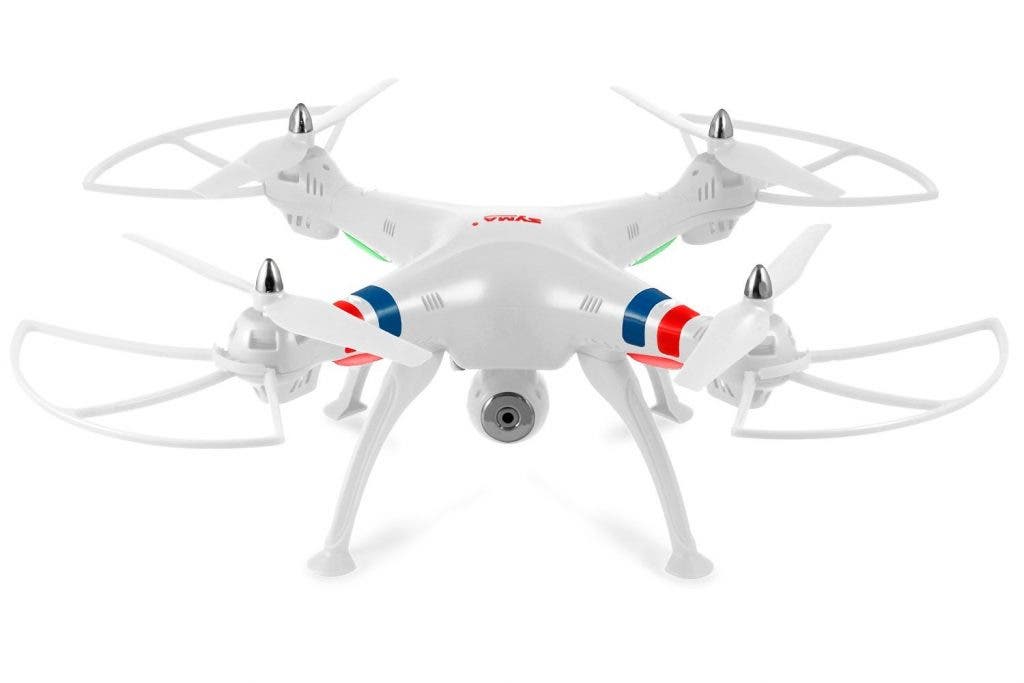 If you’ve ever looked to buy a drone then you must have heard of the brand Syma, one of the biggest manufacturers in the cheaper drone segment. The Syma X8 series is made up of solidly built drones, which are very good and stable flyers.

These three models differ in their additional features, the X8HC sports Altitude Hold mode and a 2.0MP camera for taking photos and videos. Meanwhile the X8W can also transmit videos from its 0.3MP camera to your smartphone through WiFi. Finally the X8HW variant features Altitude Hold and can stream WiFi video.

Beware the WiFi connection can be a bit janky and the live video won’t be as smooth as with real 5.8Ghz FPV drones, so buy with that in mind. 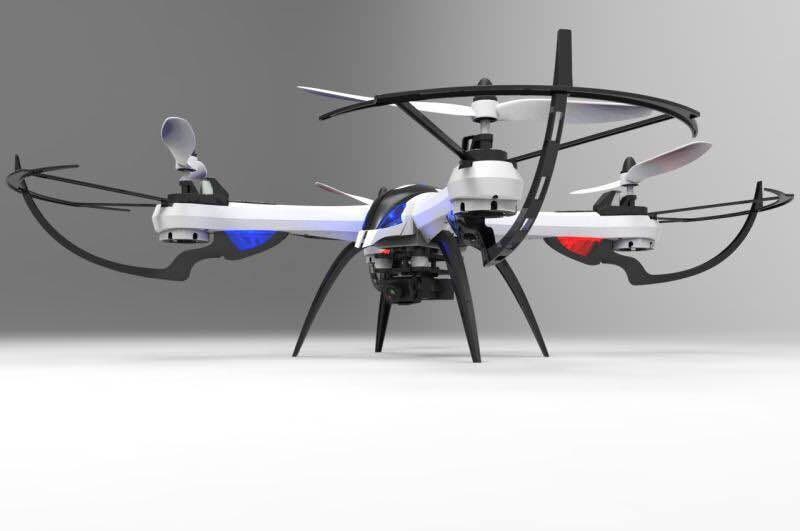 The Yizhan Tarantula X6 is a drone you can’t miss out on if you want to have some real fun. This quadcopter is a beast, it’s fast, incredibly powerful and it has a flight range of 300 meters, so you can really let it fly around almost worry-free.

Thanks to its powerful motors, the Tarantula X6 can also fly with an action cam on it, without risking to stress the motors too much (if not done often) or flying too low to the ground. Otherwise you could just get the version with the included camera thus reducing the weight.

Overall it’s a very interesting drone from which to begin your RC experience. 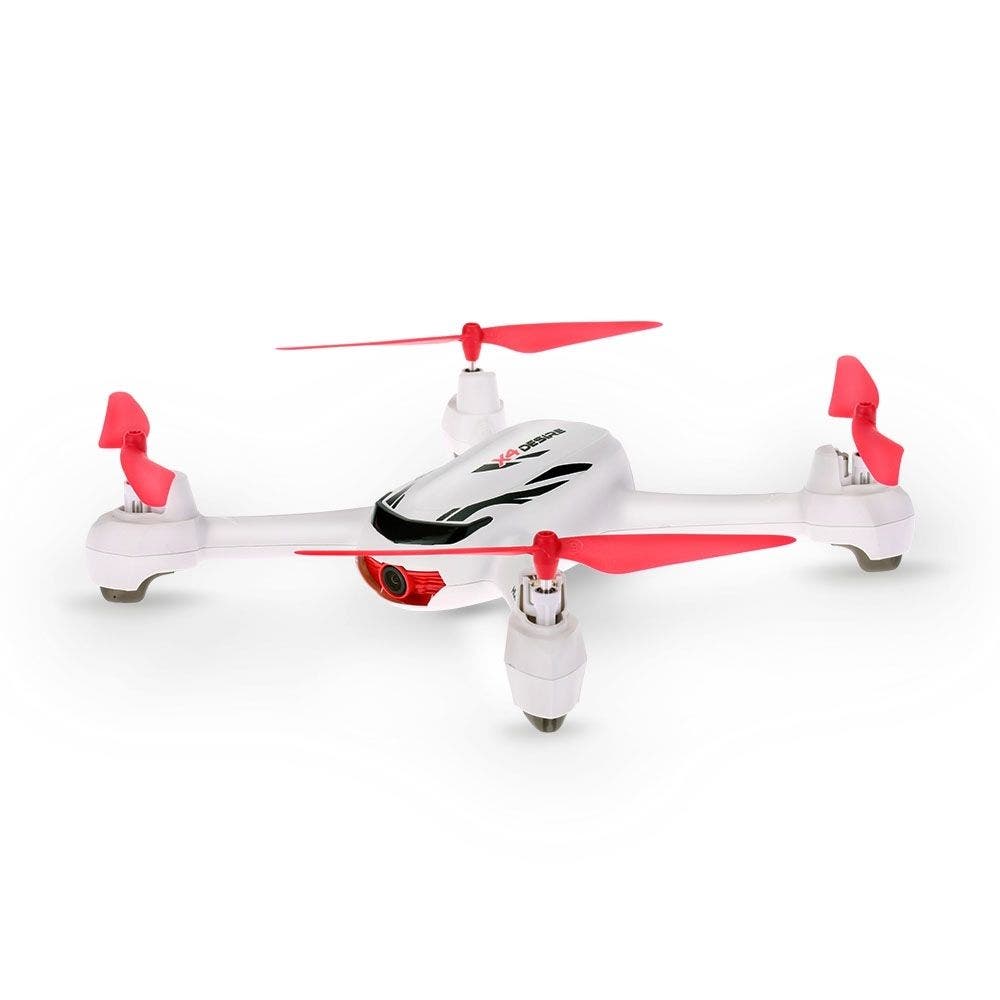 Hubsan is another big brand in the Chinese drone market and the X4 H502E is one of the latest drones they’re released. This quadcopter is smaller than those previously mentioned but it still manages to pack tons of features, if not more.

The Hubsan X4 H502E does indeed come with built-in GPS which allows you to keep the drone in a certain position in the sky. This paired with the included 720p camera should make a good combination to record stable video. The GPS module also lets the drone return to the initial launch position automatically. 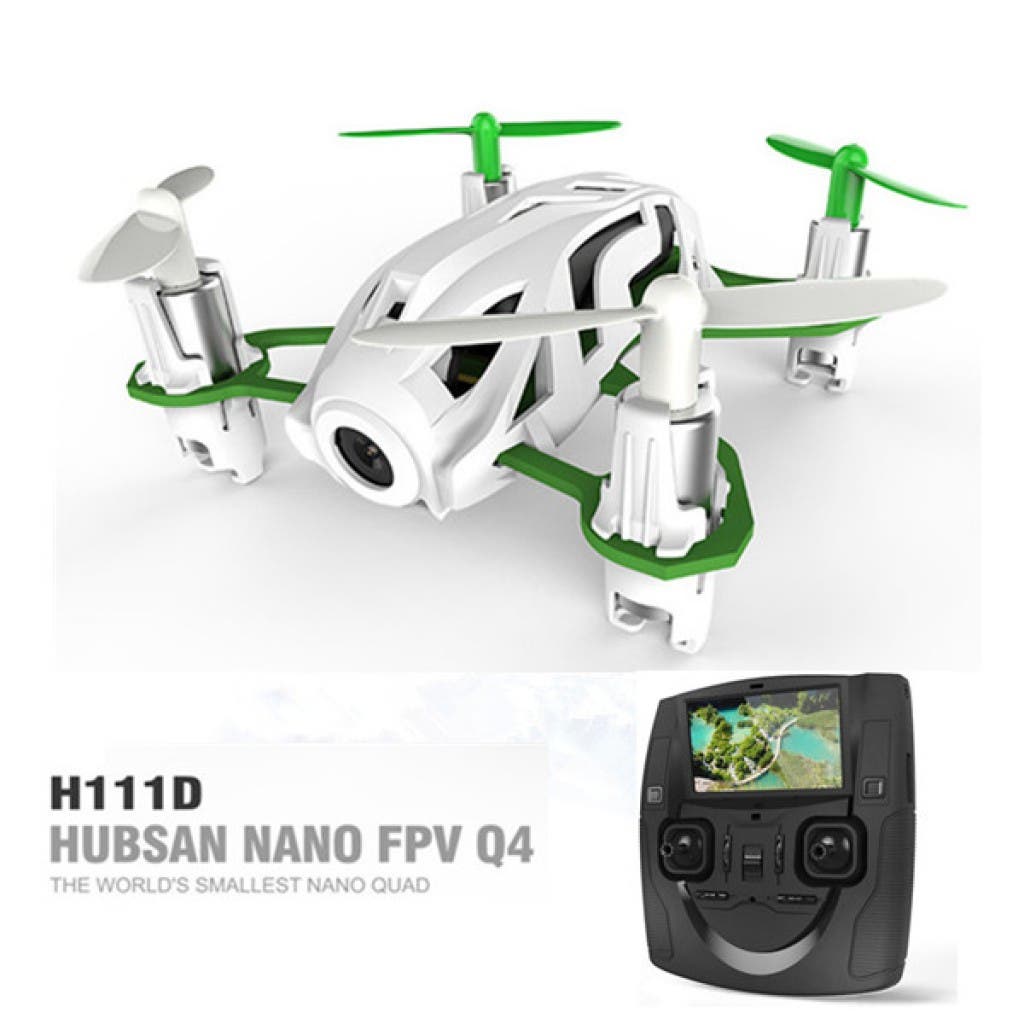 The Hubsan H111D is a very advanced nano-sized drone with 5.8Ghz FPV video transmission, for the non experts, that means it can transmit smooth real-time video without any lag, as opposed to what happens with WiFi. This is pretty impressive considering the drone dimensions are 6.8*6.8*2.5cm and weighs just 50 grams.

The tiny drone also comes with a transmitter that has a built-in 4.3-inch LCD monitor, so you don’t need to use your smartphone or any other devices; it’s ready to go. 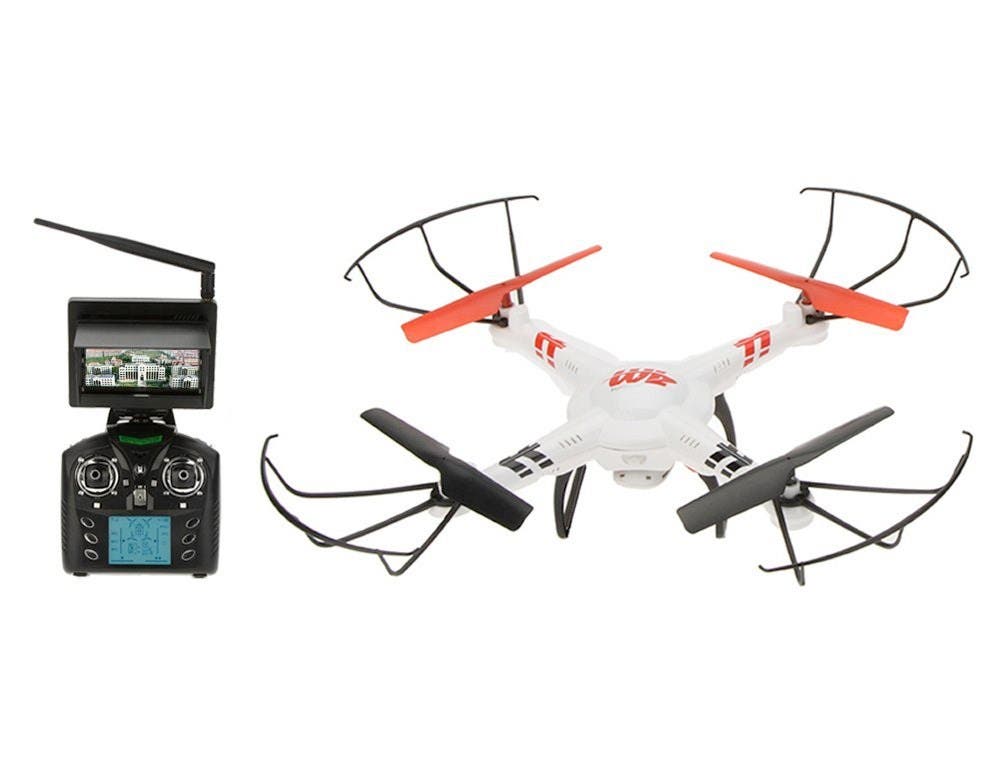 Similarly to the previous drone, also the WLtoys V686G sports 5.8Ghz FPV video transmission technology. This quadcopter is probably a good compromise between size and features available, it’s much bigger than the Hubsan H111D but it’s still smaller than most of the other drones on this list.

In this one the 4.3-inch FPV monitor is setup on top of the transmitter just like it happens in most of the cases. 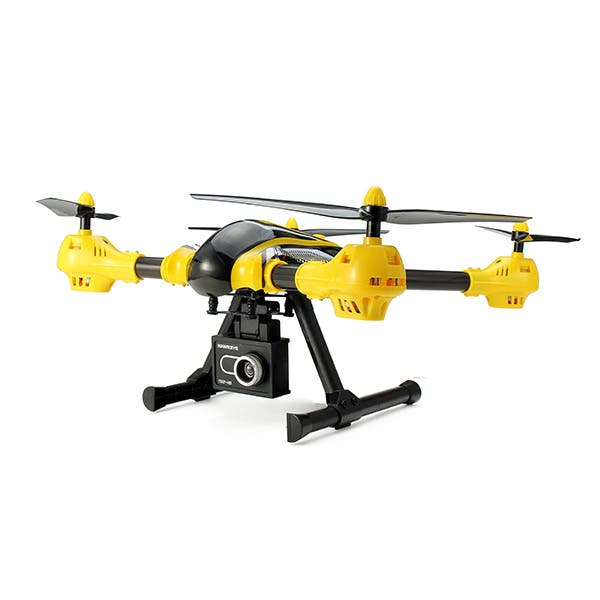 This drone is a weird looking one but it still gets mostly positive reviews. The unusual design makes it have a center of gravity on the front, probably purposely made to avoid recording the propellers on videos,

The Kai Deng K70C also features Altitude Hold mode to keep the drone stable at a certain height and a 2.0MP camera for taking photos and videos. Eventually you can switch the camera and mount your favorite one on the included gimbal which can be remotely controlled (swivels up and down). 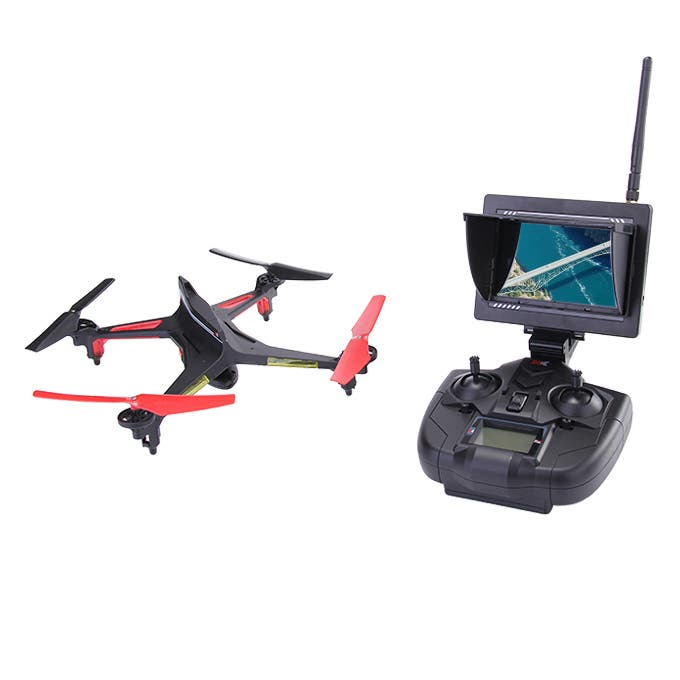 The XK Alien X250 is a pretty attractive looking drone with a very interesting design. The quadcopter features 5.8Ghz FPV for real-time video transmission from its integrated 2.0Mp camera.

The X250 also sports an high precision air pressure needle sensor, which helps with keeping the drone at a certain height and reduce energy consumption while doing so. 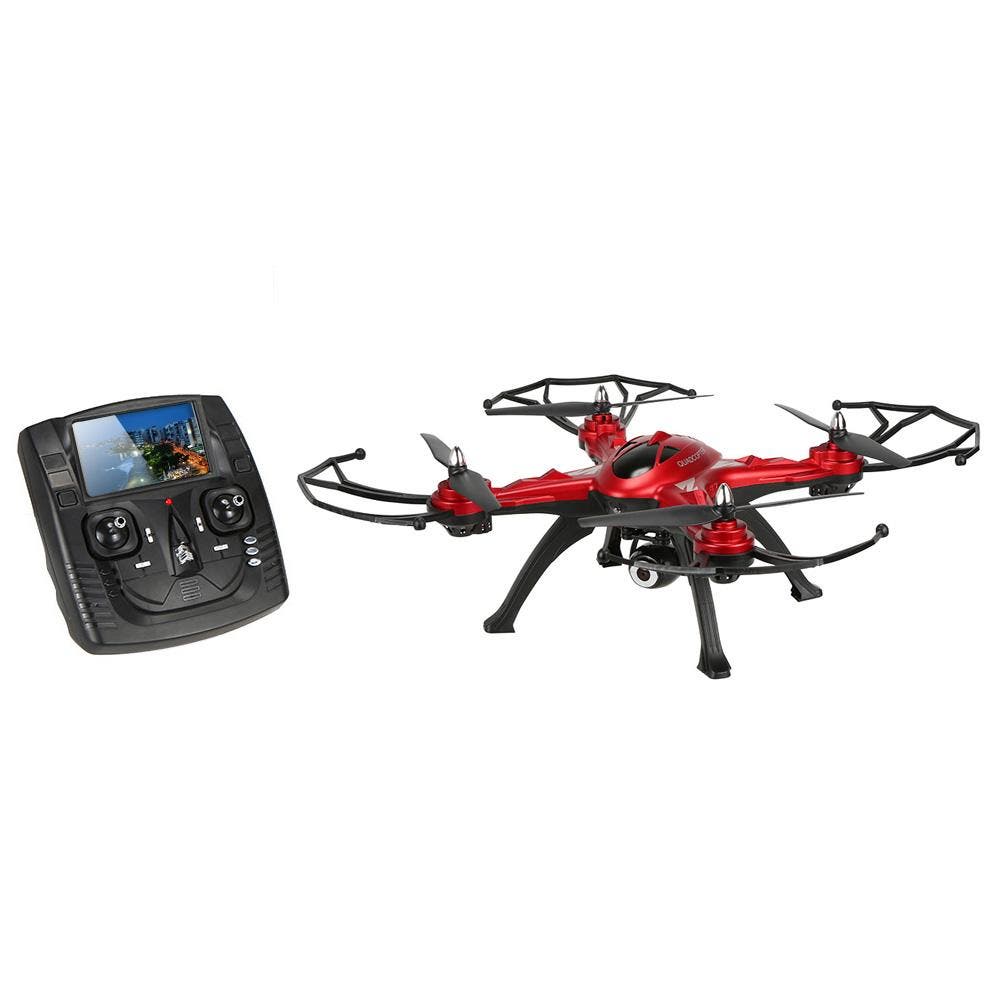 The JJRC H25G is a large 5.8 Ghz FPV Drone which ensures a smooth and stable flying experience. The included camera can record 720p videos on the quadcopter itself and 480p if recorded through the transmitter FPV video signal. The camera can also be inclined up or down prior to take off.

The FPV monitor on the transmitter is really bright and thus easy to see outdoors in daylight. The drone features Headless Mode and One Key return. 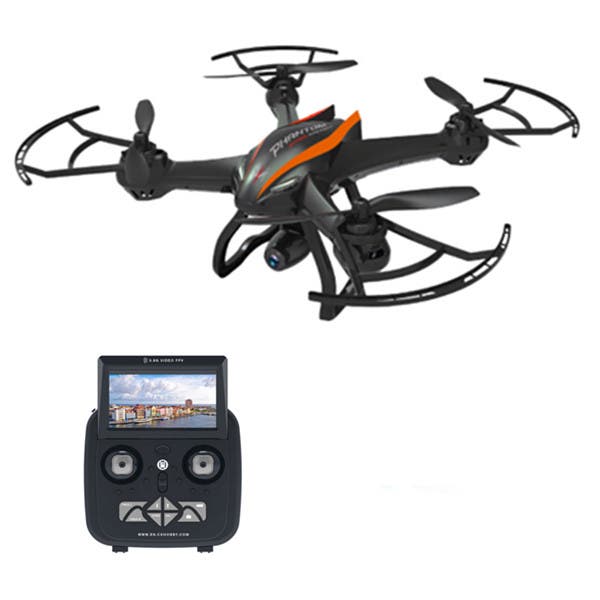 This is another big drone aimed at people who’ve already some experience in RC flying. The Cheerson CX35 packs a plethora of features, such as Altitude Hold and automatic take off and landing. In addition to that it can also transmit 720p video to the transmitter’s built-in FPV monitor and is advertised having a maximum range of 500 meters.

This drone also features a remote controlled tilting camera, which paired with the quadcopter’s high stability will provide some relatively smooth aerial video. 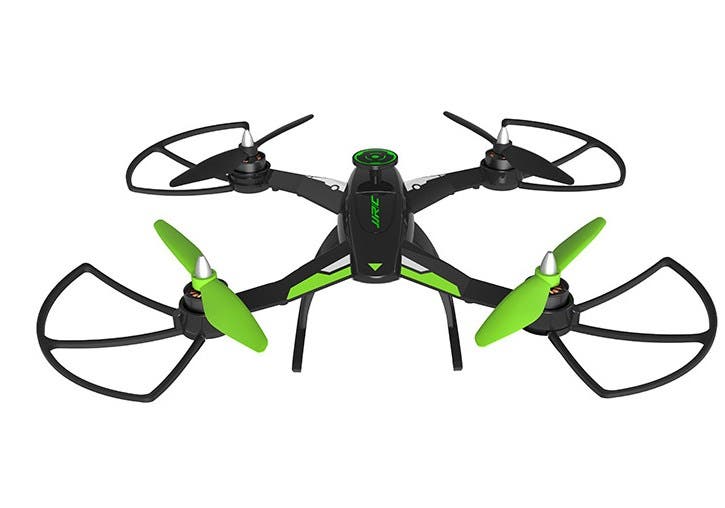 The JJRC X1 is one of the cheapest ready-to-fly brushless motor drones on the market. Brushless motors are better and much more powerful than brushed motors. The basic difference is that one uses brushes while spinning and the other one does not, resulting in way better efficiency. That ends up producing less friction in the motor and thus makes it more powerful and efficient. This is also why drones with brushless motors are quite more expensive. Here’s a list of the best budget brushless drones.

Overall the JJRC X1 is a very powerful drone and it really isn’t aimed at new comers, the high speed turning propellers and fast acceleration can be an hazard. Other than that the quadcopter can lift any action cam and has a transmitter range of between 300 to 400 meters, which is a lot.

This concludes our list of the Top 10 drones for under $100, have you found anything interesting? Let us know in the comments below.

If you’re interested in drones, RC Drone Arena is where you can find some fresh drone news, drone reviews and awesome lists!

Also let us know if you wish to see more of these R/C lists in the future, and we’ll oblige!

Previous Xiaomi will have CES debut in 2017