We’ve seen leaks and rumors of the Mi Mix Nano in the past few weeks, and many were excited to see the bezel-less device receive a smaller version. If you were one of those people, this latest piece of news will be particularly disappointing to hear.

Xiaomi’s marketing director, Zang Zhiyuan, posted in Weibo that “there’s no such product as Xiaomi Mi Mix Nano”. The post in question was then promptly deleted, so it’s not exactly clear what the situation is. 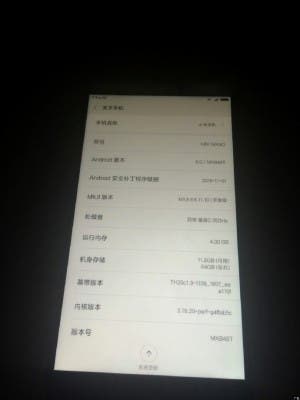 The most obvious conclusion is that the Mi Mix Nano does not exist, and it’s not a product that Xiaomi has in the pipeline, and all the leaks we’ve seen are just clever fakes. There’s also the chance that there is a smaller Mi Mix, but it’s not called the Mi Mix Nano.

While we would like to keep our hopes up, it doesn’t seem like there’s going to be a Mi Mix Nano in the future, which is quite a shame. How do you feel about this news? Tell us down in the comments below.

Previous Meizu Pro 7 gets leaked, shows the return of the halo button