After successfully expanding to Malaysia, Vietnam and Thailand, Leagoo now looks towards making their presence felt in Nepal. The company in association with JSS Group, has recently held its Grand Launching Ceremony last week.

The event held at Hyatt Regency in Boudha, Kathmandu began with three of JSS Group’s senior executives showing off their history and the current condition of the smartphone market in Nepal, followed by a speech by Leagoo CEO Mr. Johnson on Leagoo’s expansion strategy. 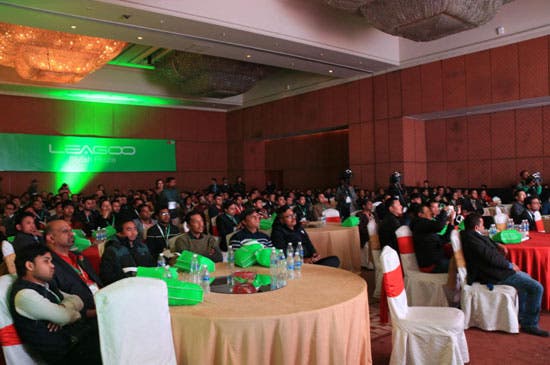 According to Mr. Johnson, Leagoo is confident that they can become one of the top 5 brands by 2018. He also tells the press that Leagoo plans to utilize a both offline and online markets in Nepal to help them cover as much ground and meet demands as quickly as possible.

The ceremony not only managed to attract over 500 local Nepali distributors, but it was covered by more than 40 mainstream journalists from all over Nepal. Whether Leagoo succeeds has yet to be seen.