Do you remember those odd looking TENAA leaks of Gionee’s new device, the M2017? Well, the device was just launched earlier this morning, and it’s looking pretty interesting, even if it’s for all the wrong reasons.

The Gionee M2017’s main feature is that it has dual 3500mAh batteries that support Qualcomm’s Quickcharge 3.0. This results in a total battery capacity of 7000mAh, which is a great way to make a fantastic first impression. The rest of the specs also sound quite good, even astonishing by Chinese smartphone standards. 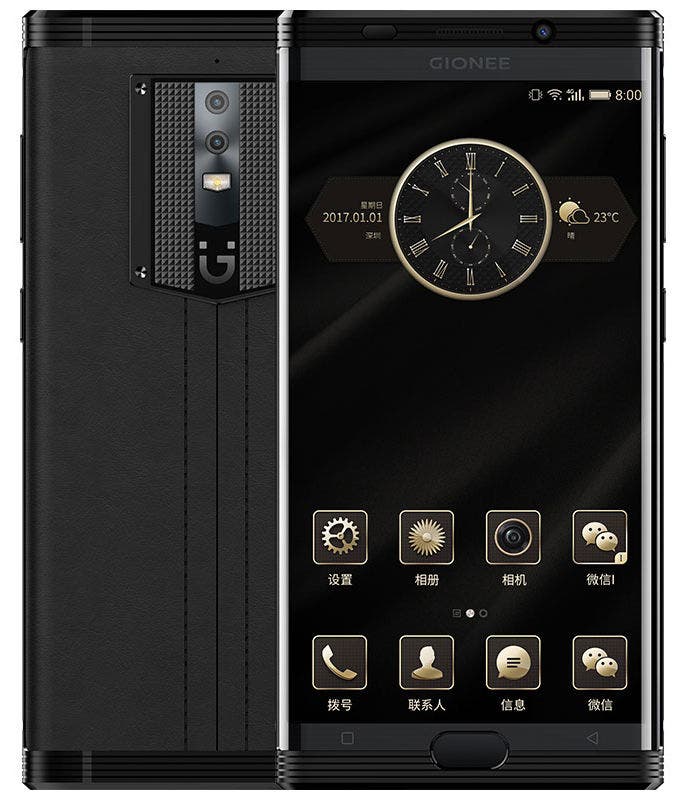 The device is powered by Qualcomm’s Snapdragon 653 chipset, which isn’t ideal but still acceptable. This is paired with 6GB of RAM and either 128GB or 256GB of internal storage. The thing even has a 5.7-inch Quad HD AMOLED curved display with sapphire glass protection.

The Gionee M2017 also has dual rear cameras, the first being a 13MP sensor and the other a 12MP. It also has an 8MP camera on the front, as well as the front facing fingerprint scanner. There’s support for dual sim card slots, though there’s no microSD support to be found.

Gionee’s powerhouse will ship with Android 6.0 Marshmallow with the company’s own Amigo OS 3.5 on top. The dimensions of the device are 155.2×77.6×10.78mm, making the device rather large and thick. On top of that, it weighs in at a substantially heavy 238g, though it’s justified thanks to that behemoth battery. Even the build is luxurious with its metal frame and leather rear.

“So, what’s the catch?” I can hear you ask. Well, the device is incredibly expensive, with the cheapest model punching in at a staggering 6,999 yuan, or roughly $1007. That’s just the cheapest one, the exclusive version with an alligator leather rear is currently going for 16,999 yuan, or $2446. 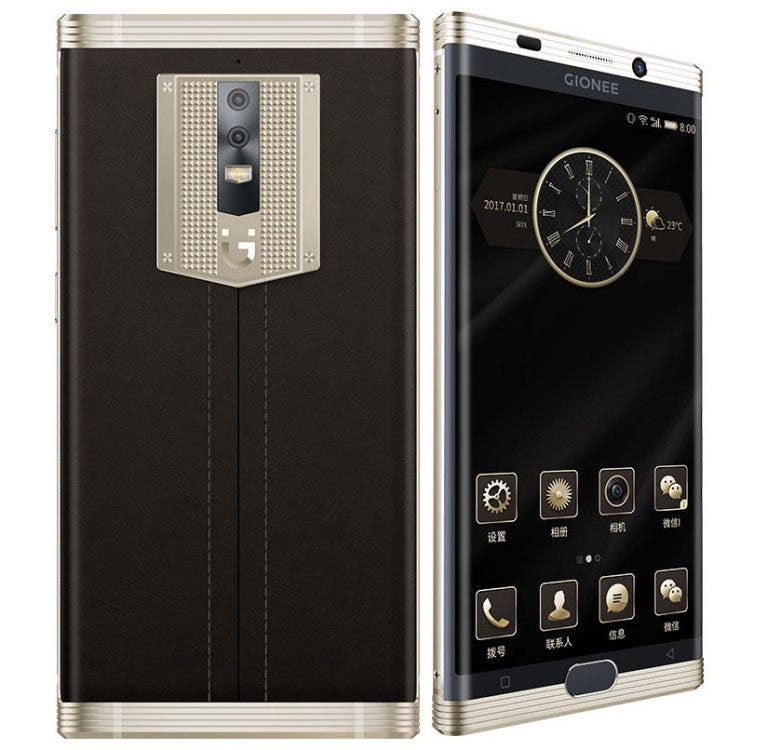 This device is obviously aimed at completely different section of the market than our typical Gizchina reader, though it’s still somewhat ridiculous. The pricing of the M2017 makes it slightly more expensive than well established flagships like Apple’s own iPhone 7 and 7 Plus. We can’t imagine this device selling incredibly well, though it’s still quite a interesting phone.

What are your thoughts on the M2017? Would you be interested in purchasing one at that price, or are you still a sane human being? Tell us all of your thoughts in the comments section below.

Previous Zopo announces their new smartphone, the Flash G5 Plus