Meizu’s had a pretty weird 2016 when you considered all that they’ve done. Between the odd device launches to the repetitive nature of their mid-rangers, this is the most unMeizu Meizu has ever been. With that in mind, let’s take a look at what Meizu have planned for next year in this leaked roadmap! 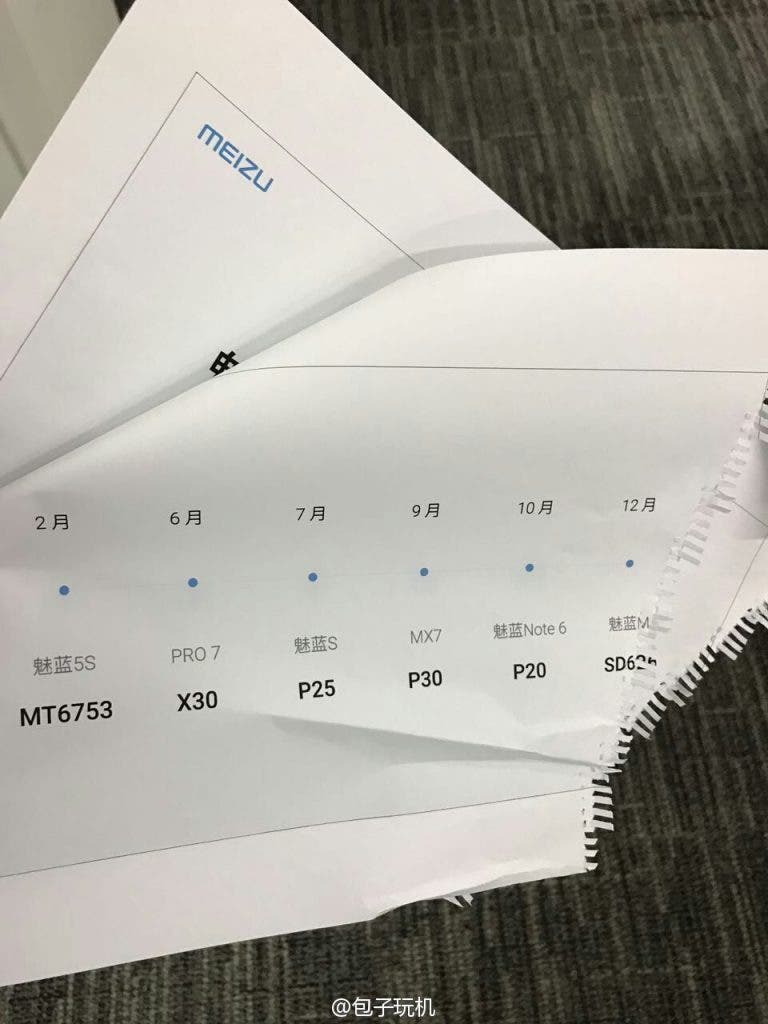 So to start, we’ve got a launch in February featuring the MTK6753 powered Meizu Blue Charm 5S. An odd choice to release an MTK6753 device in 2017, but I digress. So, let’s take a look at what’s next on the Meizu roadmap.

The Meizu PRO 7 is scheduled for launch in June, which is nice. What’s not as nice is that it’ll come running the Helio X30, which will hopefully outperform its Helio X25 brother. I assume that’s their main flagship for next year, so what’s next for Meizu after that?

One month after the PRO 7’s launch, Meizu has also scheduled for the launch of the Blue Charm S, a brand new device. It seems like this one will be another mid-ranger featuring the Helio P25 chipset. This is some exciting news, since we’ve been clamoring for something new from Meizu.

Next up we’ve got the Helio P20 powered Blue Charm Note 6 in October. It’s good to see that Meizu is spacing the time between the Note 5 and Note 6 better than last time. Now, maybe we’ll actually be happy to see the new Note 6 when it arrives.

And the final device will be yet another Blue Charm device, but this time powered by a Snapdragon chipset instead. The model’s name has been shredded so we can’t tell what it is, but we do know it’s coming in December. It’ll also be running a Qualcomm chip, which is an odd thing to see considering the history they have.

And that’s apparently all Meizu have planned for launch next year. It’s reassuring to see that they’ve managed to organize their launches much better than before, and I’m hoping to see more improvements from them in 2017. For now, let’s hope Meizu executes these launches well.

Next MGCOOL Cam 360: Features you should know about