Meizu are set to hit a major bump in the road and their second lawsuit in just a few years as Qualcomm begin legal proceedings.

Meizu, one of the original Chinese smartphone brands, has had a very rocky road to success. Way back in the day, when Meizu launched their first smartphone (Meizu M8) the company managed to find themselves in legal hot water with Apple who claimed the Chinese phone was a clone of the original iPhone.

That wouldn’t be the last legal issue for Meizu though as only a few years ago ZTE filed a patent lawsuit against Meizu for their use of a ‘Halo’ home button on the chin of their phones. ZTE won that battle and since then we have seen all Meizu phones launch with a physicla home button instead.

Since losing to ZTE, Meizu has seen amazing growth both at home and abroad, but a major bump in the road is about to hit them thanks to Qualcomm.

It has been confirmed today that Qualcomm are taking legal action against Meizu for their recent Mediatek powered phones, which the Snapdragon manufacturer believes infringes on their 3G and 4G communications patents. 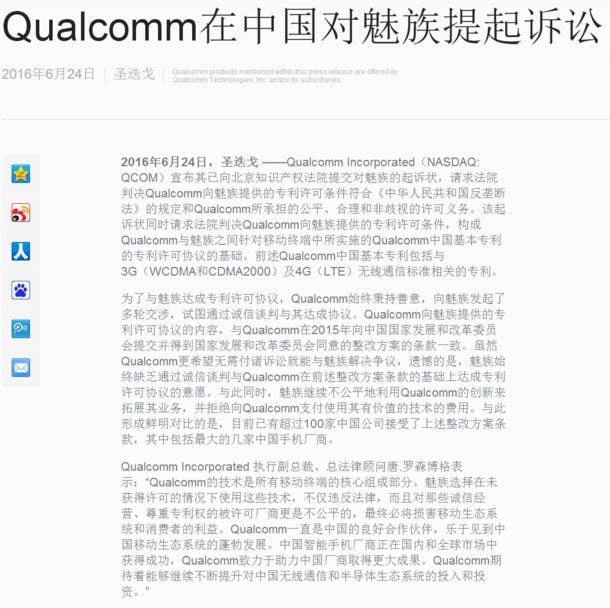 In the past it was these say patents that had prevented Meizu from going for Qualcomm chips as they simply couldn’t afford to pay to use the rights for the technology, but now after a recent growth spurt and huge investment from Alibaba it looks like Qualcomm want to get paid.

Previous Vivo X7 retail mock up leaks ahead of launch

Next Blackview R7 is currently on sale