Vivo’s X7 has leaked ahead of launch, but it’s not an actual phone that has been spied rather a dummy device meant for retail stores.

Head in to any busy retail store across the world and you will know that chances are you might not actually get your hands on a real working device to play around with. Instead many retailers tend to use dummy phones so people to get an idea of the look and feel of a phone, without the retail risk having a real device damaged or stolen.

In the past we have seen dummy iPhone and iPad Mini’s revealed ahead of schedule which ended up being accurate to what the final devices were, and today we have a Vivo X7 dummy to take a look at.

From the official leaks, and from looking at Vivo’s previous phones, the X7 design sees a move to a more iPhone like state, and in fact isn’t too different from the Oppo R9 in design. 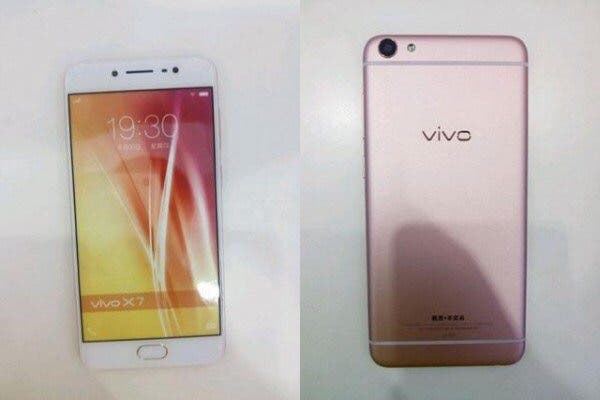 The major change for the Vivo X7 is the fact the fingerprint scanner has been removed from the rear of the phone to the chin and located in an oval home button design. Again, this is very similar to the Oppo R9, and even the OnePlus 3.

So far Vivo have already teased that the phone will come with a Snapdragon 652 chipset and 16 mega-pixel front camera (plus front flash). Other details are believed to include a 5.7-inch 1920 x 1080 display, 4GB RAM and 64GB internal memory.

Vivo will announce the Vivo X7 on the 30th June with sales expected to follow on the 3rd July at a cost of 2598 Yuan.

Next Qualcomm files lawsuit against Meizu