A new budget Android smartphone is in the works by LG, at least according to a recent appearance in Geekbench. 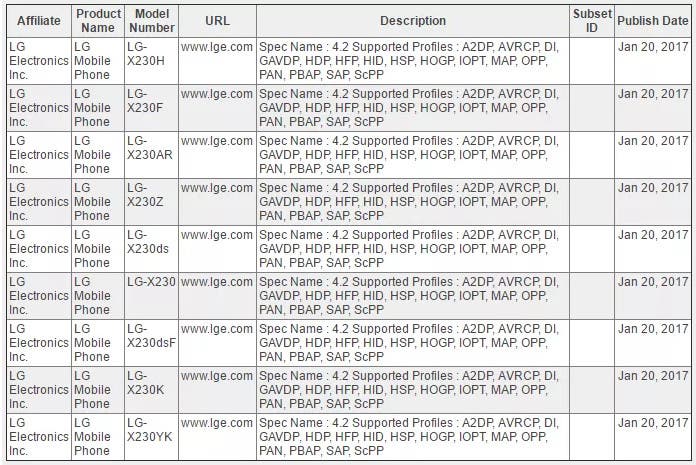 The low-end smartphone looks like a lower version of the X300 smartphone that was announced a couple of days ago. According to the leaked specs, the LG X230 will use a MT6737M SoC from Mediatek coupled with only 1GB of RAM unfortunately. The device will run Android 6.0 Marshmallow, which is a bit sad, because X300 comes with Android 7.0 Nougat out-of-the-box.

We still don’t know anything about the price or availability of this new, budget Android smartphone but expect it to be really cheap – judging by its specifications of course.

Next Honor DUK-TL30 passes through TENAA, comes with 6GB of RAM