With renewed investment, LeEco is still alive and well and we can look forward to seeing some cool new tech such as this new device leaked with 4 cameras!

Gadgetdetected.com has uncovered the falling GFXbench benchmarks for a new phone with just such a 4 camera configuration! 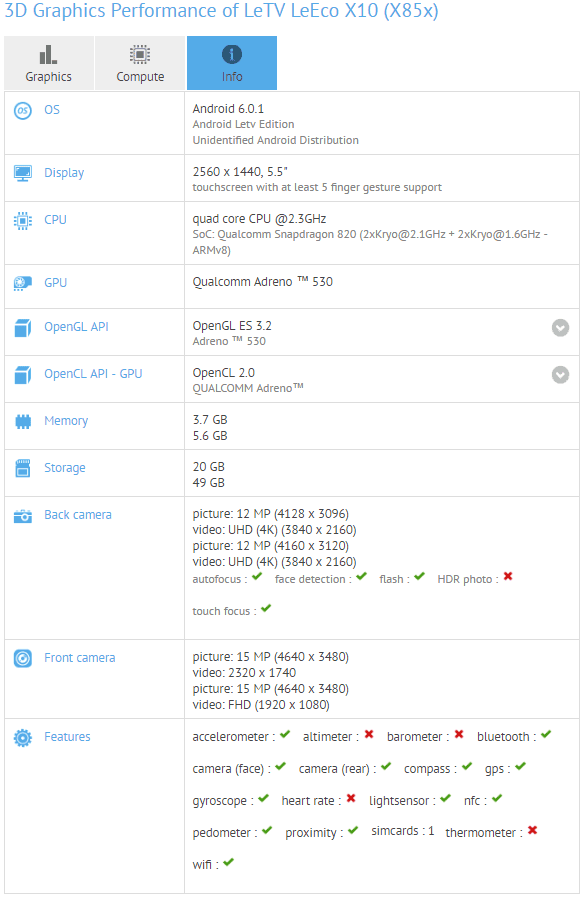 According to the benchmarking application, the device is called the LeTV LeCo X10 and sports both dual rear 12 mega-pixel cameras with 4K video support plus dual front 15 mega-pixel cameras. Those are some really potent camera specs!

The LeEco X10 (X85x) appears to be running on a Snapdragon 820 chipset, which while not a current chipset it would mean fairly decent performance at a lower price tag. Perhaps this is the first camera-centric phone from the smart technology maker?

Next LG X230: gets certified, comes with 1GB RAM only