Over the weekend, a couple of shipments from DHL meant that I spent way lesser time playing cricket and table tennis than I should’ve. Okay, a bit of an exaggeration, but the UMi Z and another phone (keep an eye out!) did keep the geek in me busy for quite a while.

The UMi Z is touted as one of the first Helio X27 phones in the market. UMi are also having a bit of a crucial time, with a rebranding underway (and possibly change in OEM, according to what I’m hearing). The UMi Z will be the last phone to feature the ‘UMi’ branding.

Anyway, coming to the device itself, it’s quite a nice phone to see, hold, and to use (so far). I’ll be honest with you — the rather superlative unboxing experience does add a bit of a bias to this. The last time an unboxing felt so nice was when I received the OPPO Find 5. 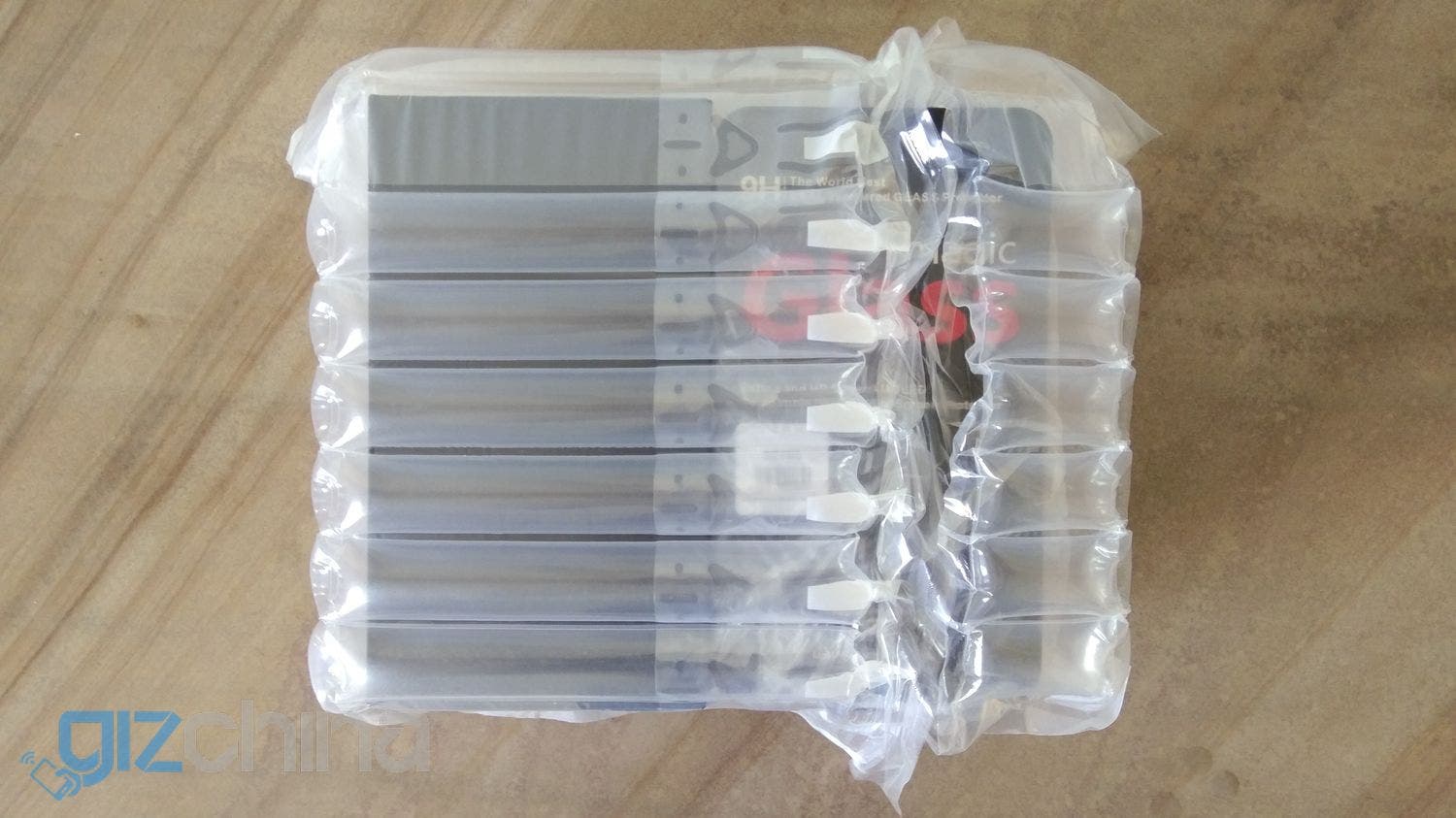 UMi ship the UMi Z in an all-metal svelte box, that will make it hard to throw away. Besides the phone, UMi also included 3 x phone covers and a tempered glass protector in our test set. None of this stuff I ever use; but I’m truly tempted to use one phone case in particular — the ‘Z’ case. Keen readers will remember UMi made a similar case for the UMi Zero sometime back.

The entirety of the contents came in an ‘air cushion’. Inside were 5 boxes — one each for the three cases, tempered glass protector, and the phone. 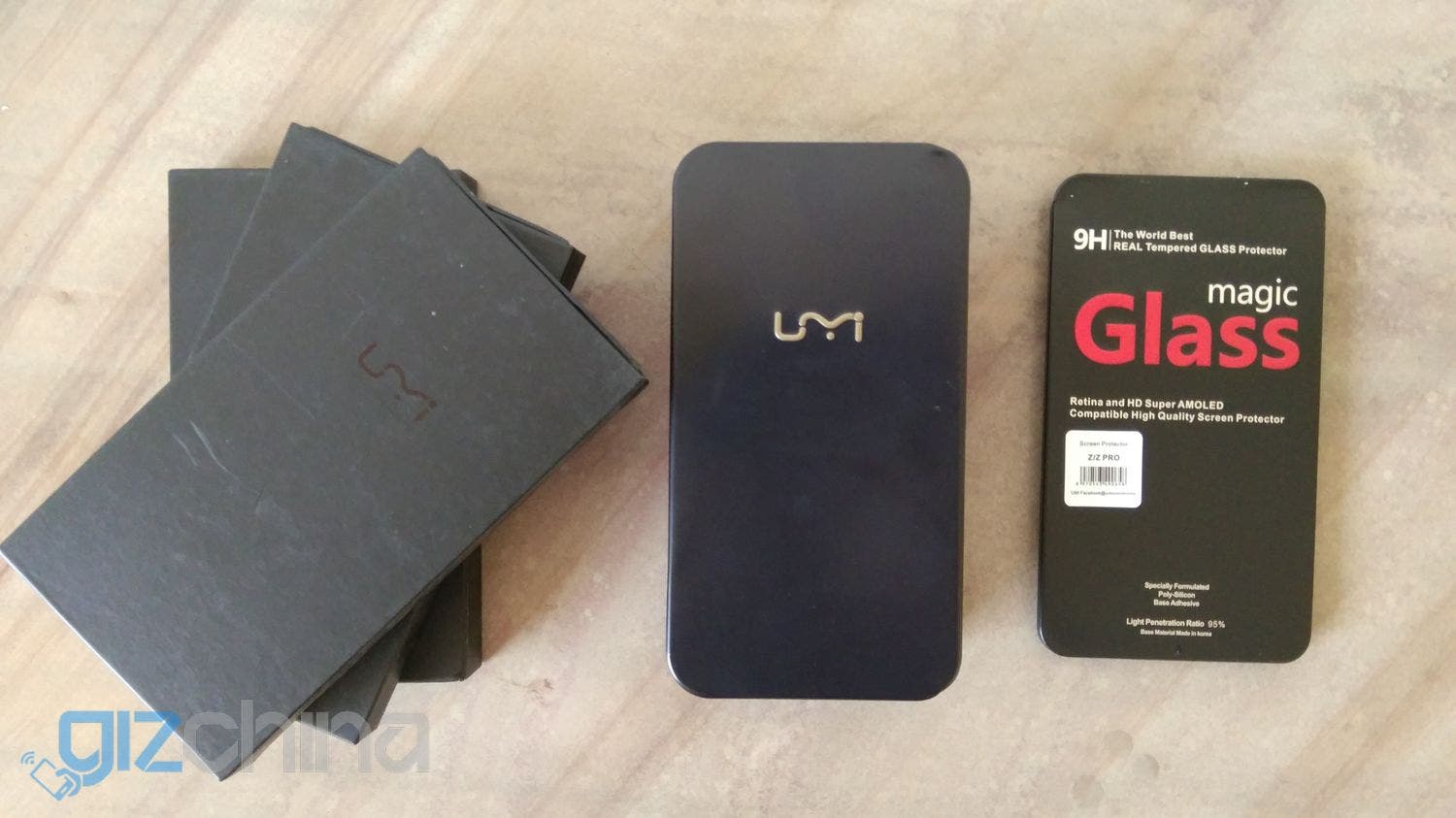 Opening up the retail box, you’re greeted by the UMi Z sitting pretty, with a tab on one end (removed before I took the picture) to take the phone out. 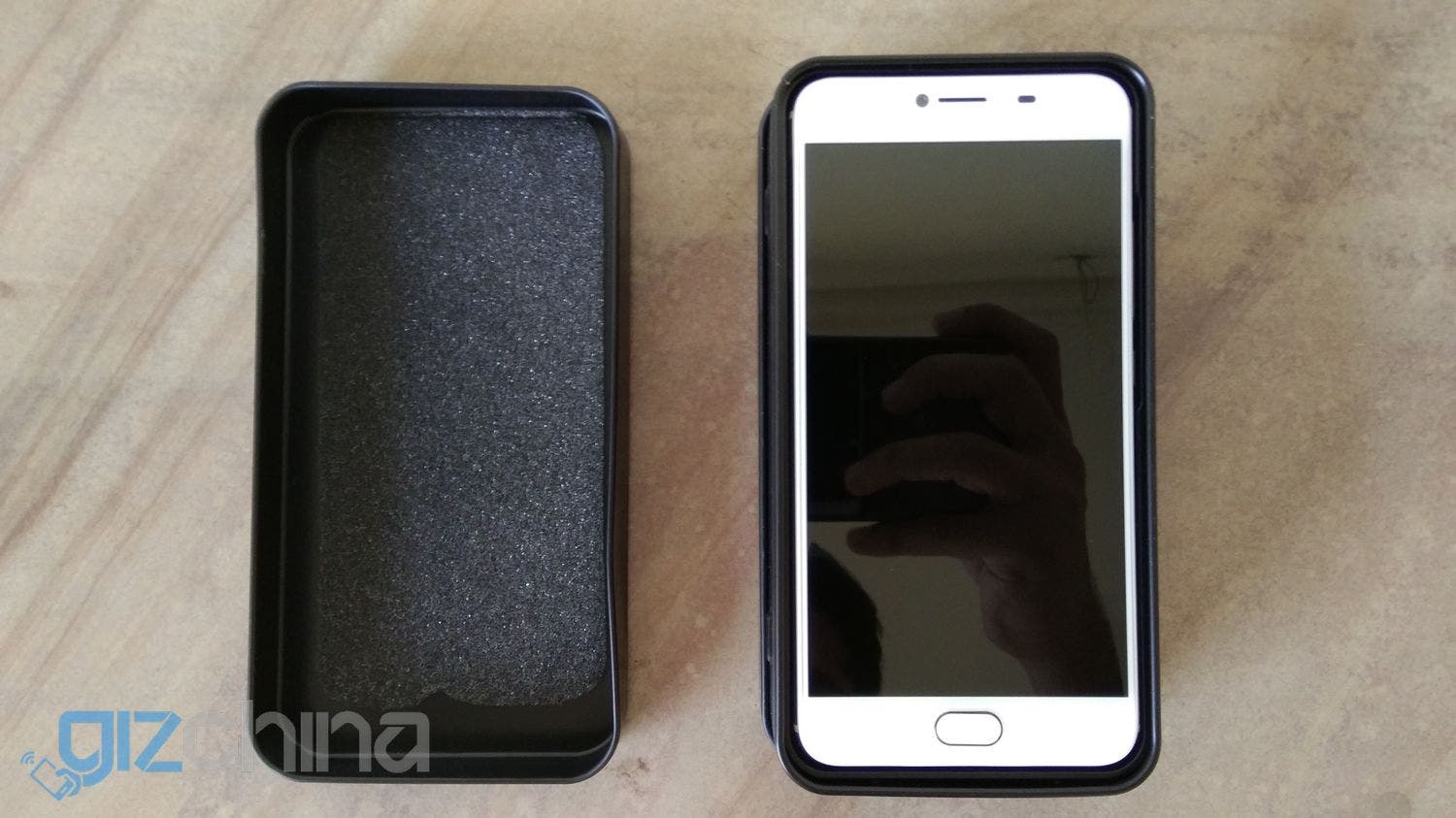 Besides the phone, there’s some (high-quality, I must say) accessories you need to get up and running with the UMi Z — a wall charger, USB cable, SIM tray ejection pin and some literature no one’s ever cared about. 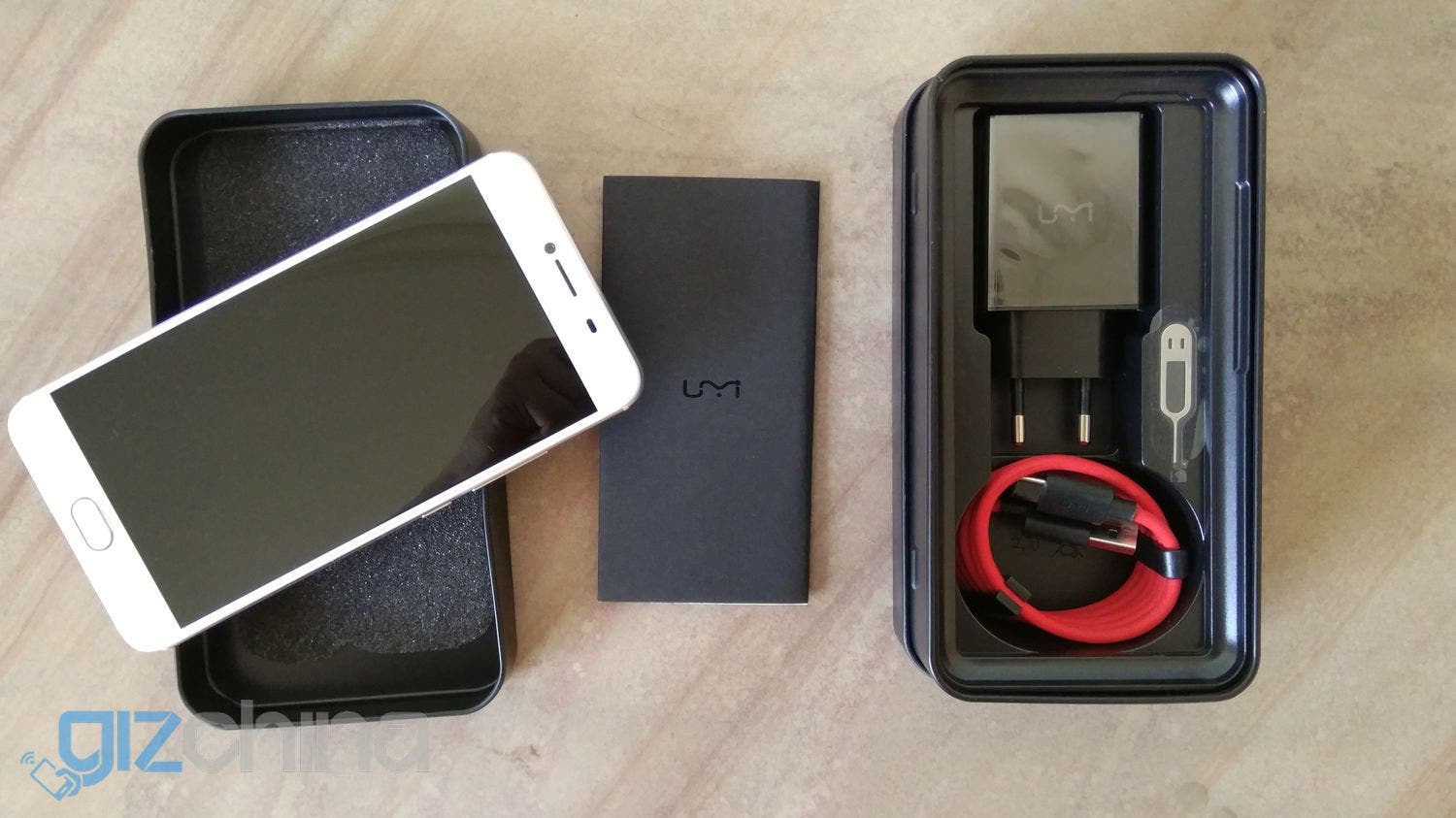 Moving on to the cases — I’m not sure if they’re part of the standard package — we have a flip case (with a magnet on it, so its ‘smart’), a standard silicon case to protect the phone during bumps, etc., and my favourite of the three — the Z case.

…and the soft-touch (and bendy) silicon case.

The phone itself looks a lot like an OPPO. Like one of those selfie expert phones that’s been selling like crazy in India. That said, it also surprisingly feels as well made as an OPPO.

To be very honest, I would rather have the grey version if I had the choice. However, I must admit that the golden version is pretty eye candy too, definitely more so in real life than in pictures.

I haven’t used the phone very long, but from what I can tell right now is that:

You shall be learning more in the review, and me, during the time I use this phone as my daily driver in the coming days. Meanwhile, you can have a look at the phone at the following shops:

Also let me know if it’ll be okay to use the ‘Z’ case without looking like a bit of a jerk.