I guess you know the news about a recent GFXBenchmark that showed a Redmi Note 3 model running on Android 7.1.1, meaning that the time when we will see the official update coming to our Xiaomi phones (along with MIUI 9), is not that far along. 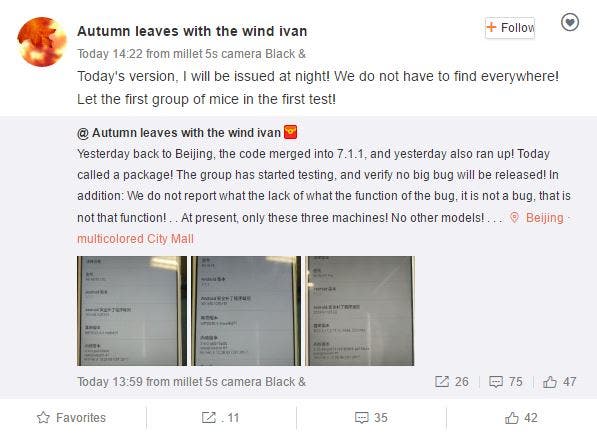 Today however an unknown user posted in Weibo photos of 3 Xiaomi devices (Mi Note, Mi4 and Mi Note Pro) running an unofficial version of Android 7.1.1 that has the December security patch already in it.

According to the developer who leaked the images, the unofficial ROM is stable with no significant bugs for all of these three smartphones and he welcomes anyone who would like to test them in their own devices. Once again, let me state that the ROM is unofficial and it may lack some of the standard Android Nougat features, so you can try it at your own risk.

Previous Nokia to unveil its next smartphone on February 26, according to invite

Xiaomi Mi Note 10 has an OLED panel from Visionox