MWC 2017 will be the launch pad for new Gionee smartphones!

It’s rumoured that Gionee will be launched new smatphones at MWC this year. Devices that the phone maker plans to release are the Gionee A1 and Gionee A1 Plus top mid smartphones.

The rumours comes in conjunction with an official teaser which includes the quote “Inispiring Your Smile”, a seemingly obvious hint that these new phones will boast top end front camera and selfie features.

Gionee A1 and A1 Plus Specifications

Apparently the Gionee A1 will be a 5.5-inch smartphone with 2.5D curved display, Gorilla Glass, 1920 x 1080 resolution and fingerprint scanner. Under the hood will be an octacore 1.8Ghz chipset, 4GB RAM, 64GB internal memory and room for a 128GB micro SD card. 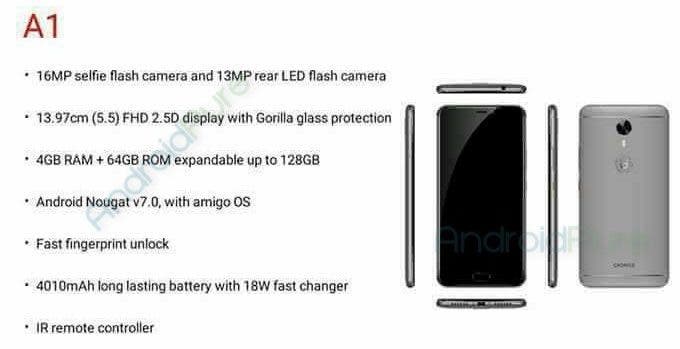 Other features will be a front 16 mega-pixel front camera, while the A1 Plus is rumoured also believed to have dual rear cameras too. Both phones will get a large 4010mAh battery, IR sensor, and Android 7.0.

The Gionee launch event will be held on February 27 at the stand Gionee 11:00, keep posted for more details.

Previous OnePlus 4 (or 5?) - What To Expect In The Next Flagship-Killer?

Next Gionee A1 images and specs leak, before its official unveiling