It’s been a while since we wrote about a dual screen phone, but Chinese white-goods giant Hisense haven’t forgotten about the technology.

The last time we got really close to the launch of a dual screen Chinese phone was a device from Siswoo which failed to see the light of day, well it failed to be launched outside of China at least anyway. 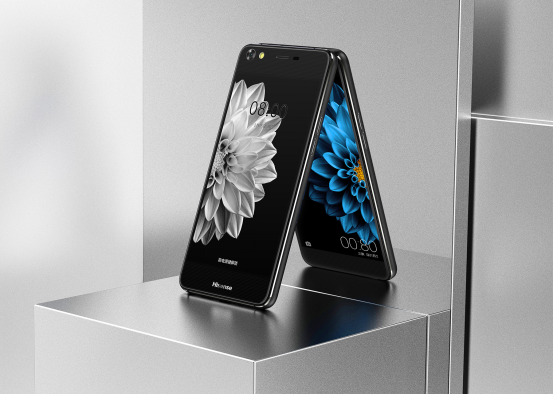 At the same time Siswoo were working on their dual screen phone other brands including UMi hinted at their own dual screen phone, but those phones all fell by the roadside as brands moved on to curved displays and more powerful processors, but not so for Hisense.

Posted over on TENAA, the Hisense A2 is comes with both a rear 5.2-inch E-ink display and a 5.5-inch FHD AMOLED display. 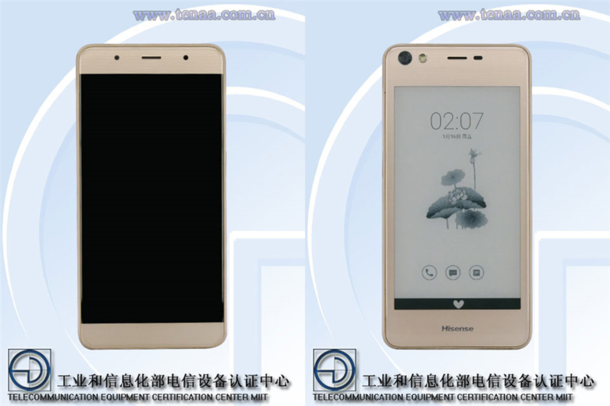 While the A2’s primary features are dual screens the phone also comes with 4GB RAM, 64GB internal memory, 16 mega-pixel main camera and an operating system based on Android 6.0. The handset also comes with a fingerprint scanner hidden under the Hisense logo on the E-ink side of the phone.

It’s believed the Hisense A2 will be officially unveiled at MWC.

Next No.1's latest smartwatch has NFC