Here’s the thing about Chinese tech — it’s exciting, fast-paced and most importantly, affordable. More phone brands show up in China every year than the number of smartphones some launch in that period.

Most times, every phone launched seems amazing value with a great spec sheet for what it costs. The Ulefone Gemini is another such phone; at around $120 (pre-sale, during writing) the Gemini is among the most affordable dual-rear camera phones.

I spent a good couple of weeks with the phone. The phone comes in a rather bland retail box that sort of makes the phone look way more boring than it actually is (I hope Ulefone are taking note). Once out of the box, the Gemini felt like the next best thing to occur in the Chinese smartphone industry. The next two weeks however, changed things a bit. 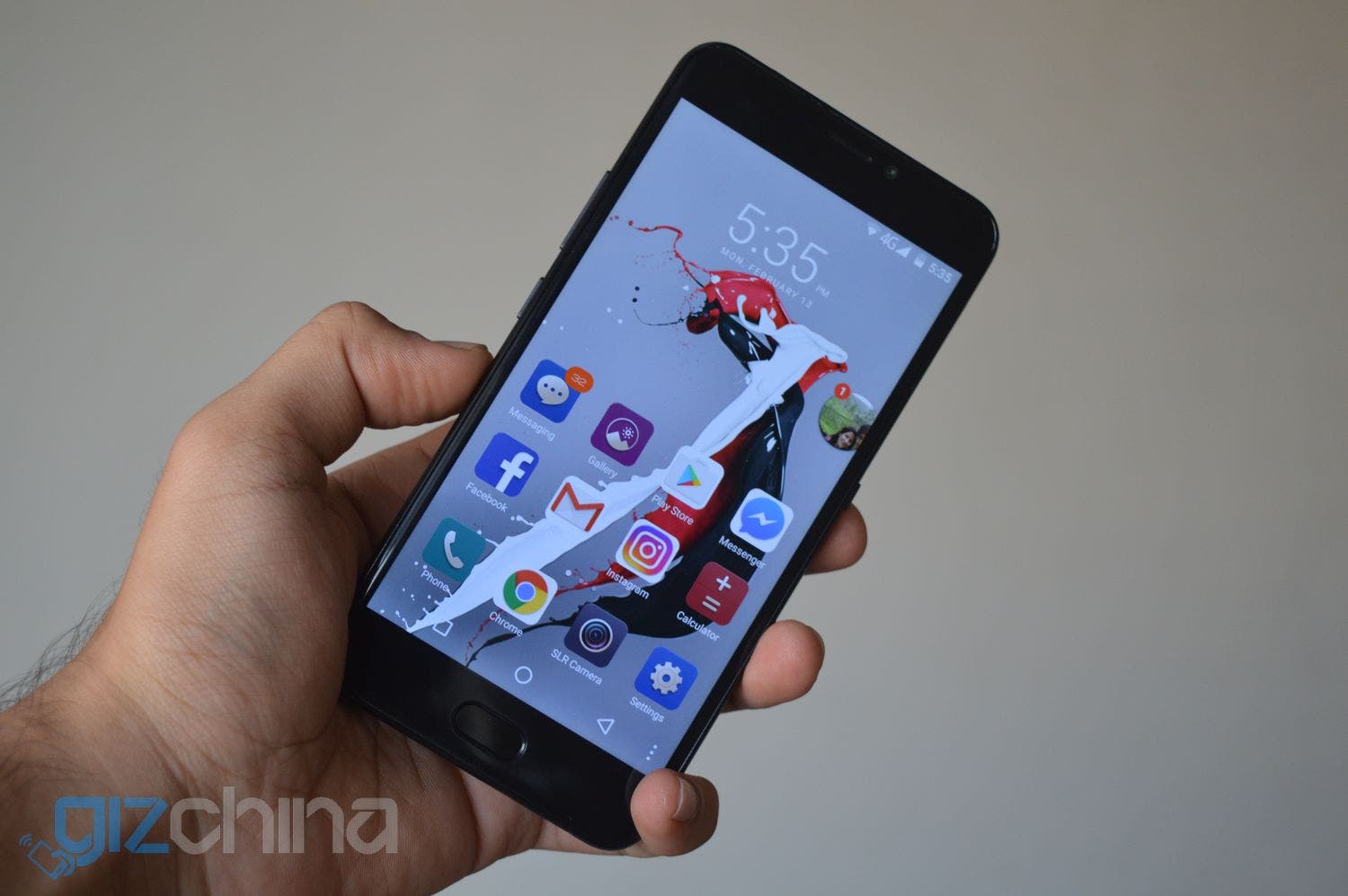 Make no mistake, the Gemini is super snappy, and unlike the UMi Z, has a proper high-def touch panel. It also feels really solid and well put together — something that hasn’t changed despite the two weeks of usage. If I had to pick a fault in the build, it would be the precision rather than the choice of materials. In the sense that there are apparent corners cut, for example with the ‘adhesive’ (?) that sticks out a bit between the digitiser and the metal lip.

The device in itself does look rather pleasing and certainly doesn’t seem (look or feel) like a $130 gadget. Got to give this one to Ulefone!

We were sent the black variant of the phone, that looks much like really dark purple than anything else. That said, the device in itself does look rather pleasing and certainly doesn’t seem (look or feel) like a $130 gadget. Got to give this one to Ulefone! 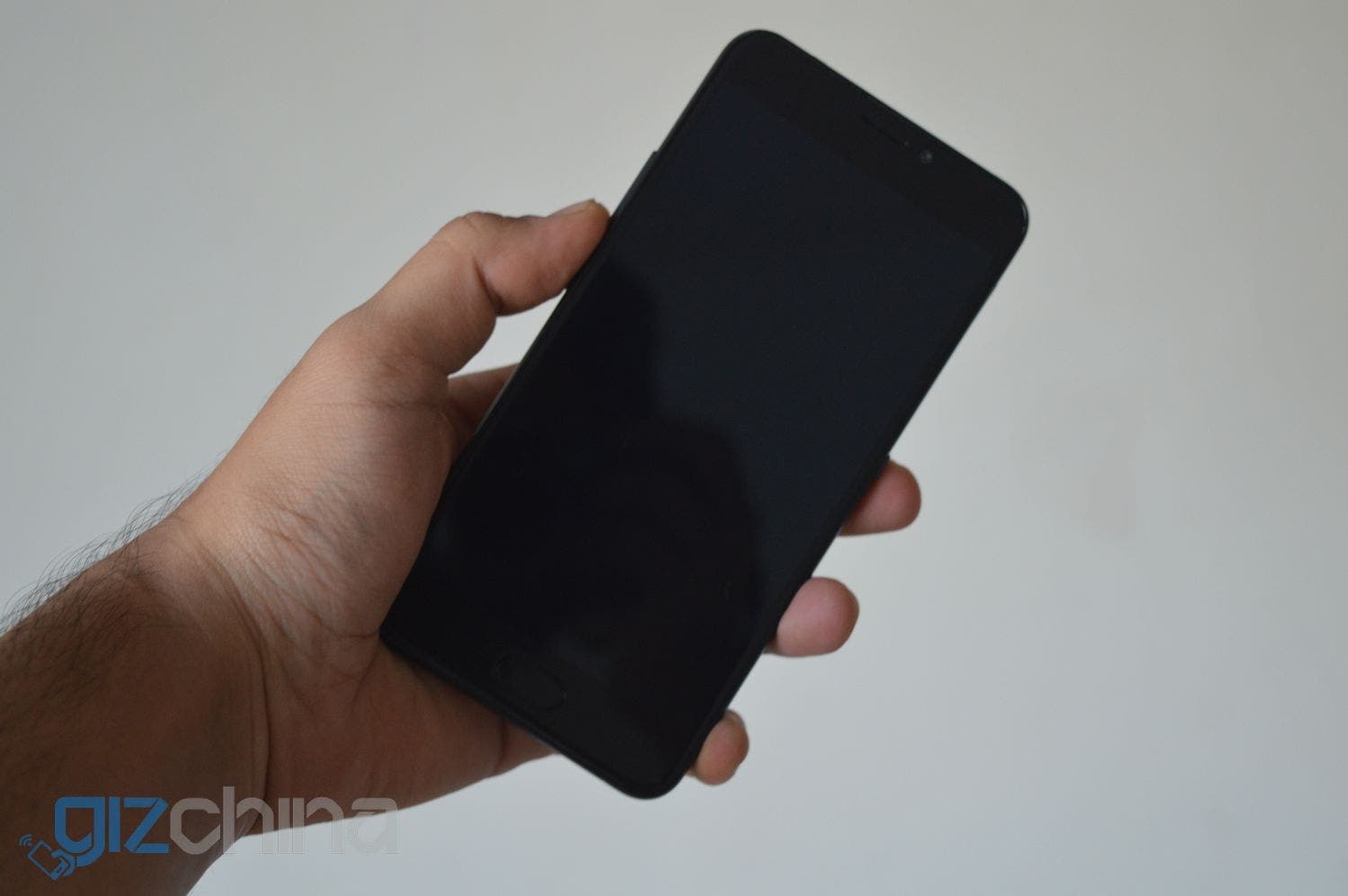 While the Gemini is a fairly compact phone for a 5.5-inch device, it does take some time getting used to it. Why? Because of the unorthodox button placement. We’ve grown used to having the power (and sometimes, volume) button on the right, but Ulefone, for some reason, thought it would be a great idea (‘innovation‘) to transport it on to the left edge. Or perhaps they just wanted to emphasise the fact that it’s a dual rear camera phone, and that that is it’s main feature (by placing a hardware shutter button on the right).

Whatever the thinking behind it, it doesn’t work too well for seasoned Android users.

Ulefone, for some reason, thought it would be a great idea (‘innovation’) to transport it on to the left edge.

There, however, is a silver lining (if you want to look at it that way). The customizable button on the right edge can sometimes be rather useful. Although it’s a bit too far up (towards the top) for it to be used as the shutter button (the software button is much more handy), you can use it to fire up the camera anytime (when the device is unlocked).

Speaking of buttons, the Ulefone Gemini features a standard home button (physical) that incorporates a fingerprint sensor. Ulefone have done exceedingly well to find a sensor that’s super fast. In my experience, this is as fast as the one on the much more expensive OnePlus 3!

However, like most things about this phone, it does make a mess in one way or the other. For starters, it’s a passive fingerprint sensor, which means that you’ll have to wake the phone before the sensor will scan your fingerprint. Ulefone, this isn’t 2015… 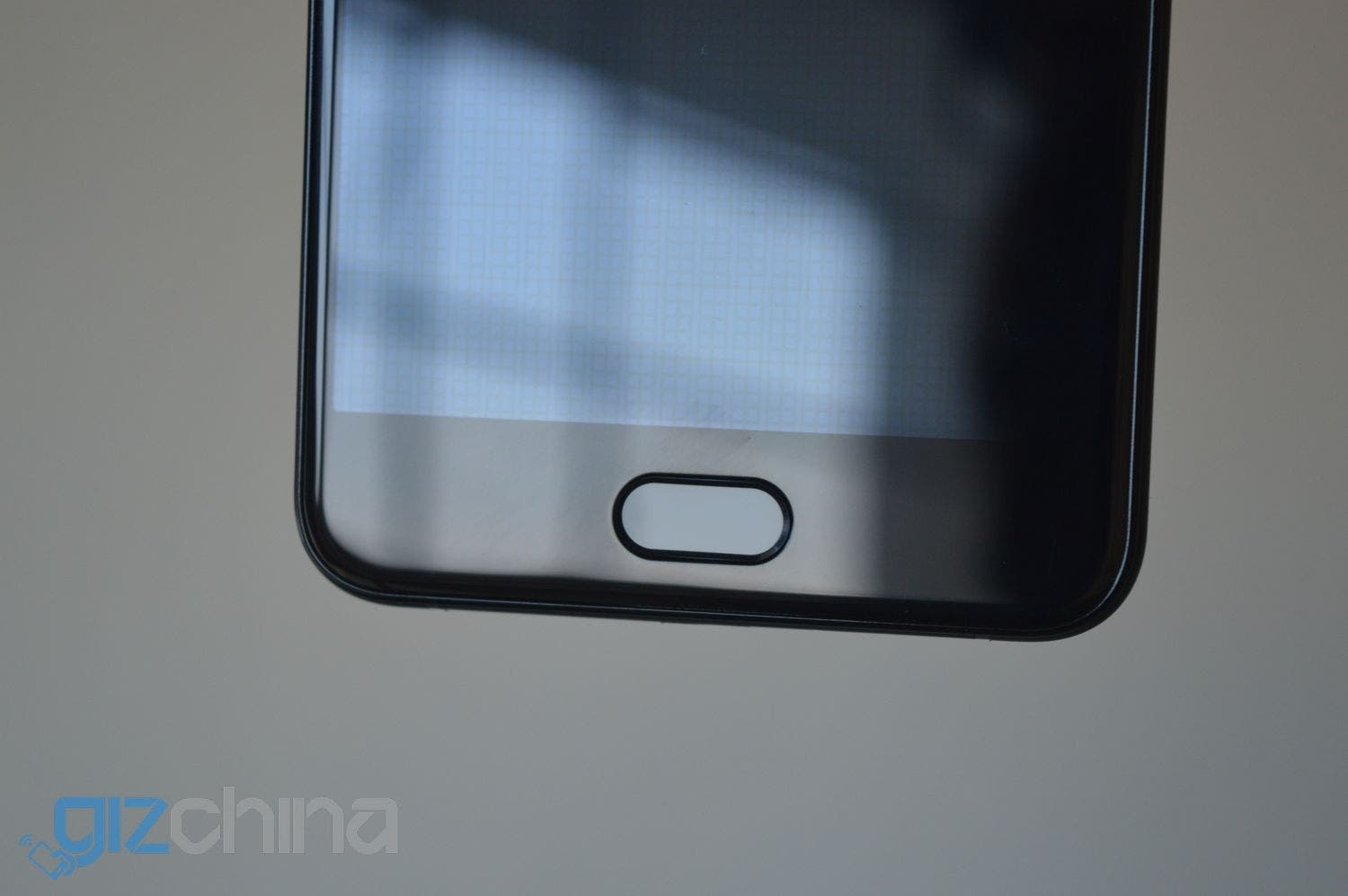 Second, the home button itself is a bit tricky to work with (at least in my case). 1/3rds of the button doesn’t work… in the sense that when pressed, it doesn’t quite wake the phone. This is only when I press the left edge of the button; the center and the right edge work just fine. While it’s not a major issue, it can make a or break the deal in the eyes of OCD persons. Also goes to show that quality control is still not quite up there.

Moving on, the display is pretty nice to look at. It’s pretty bright too, and usable outdoors. There’s no signs or any light leakage or dead pixels or anything of that sort… which is testimony to the well-developed display industry. While I’ve never been a sucker for viewing angles, I tested the Gemini for the sake of this review and it passed just fine. 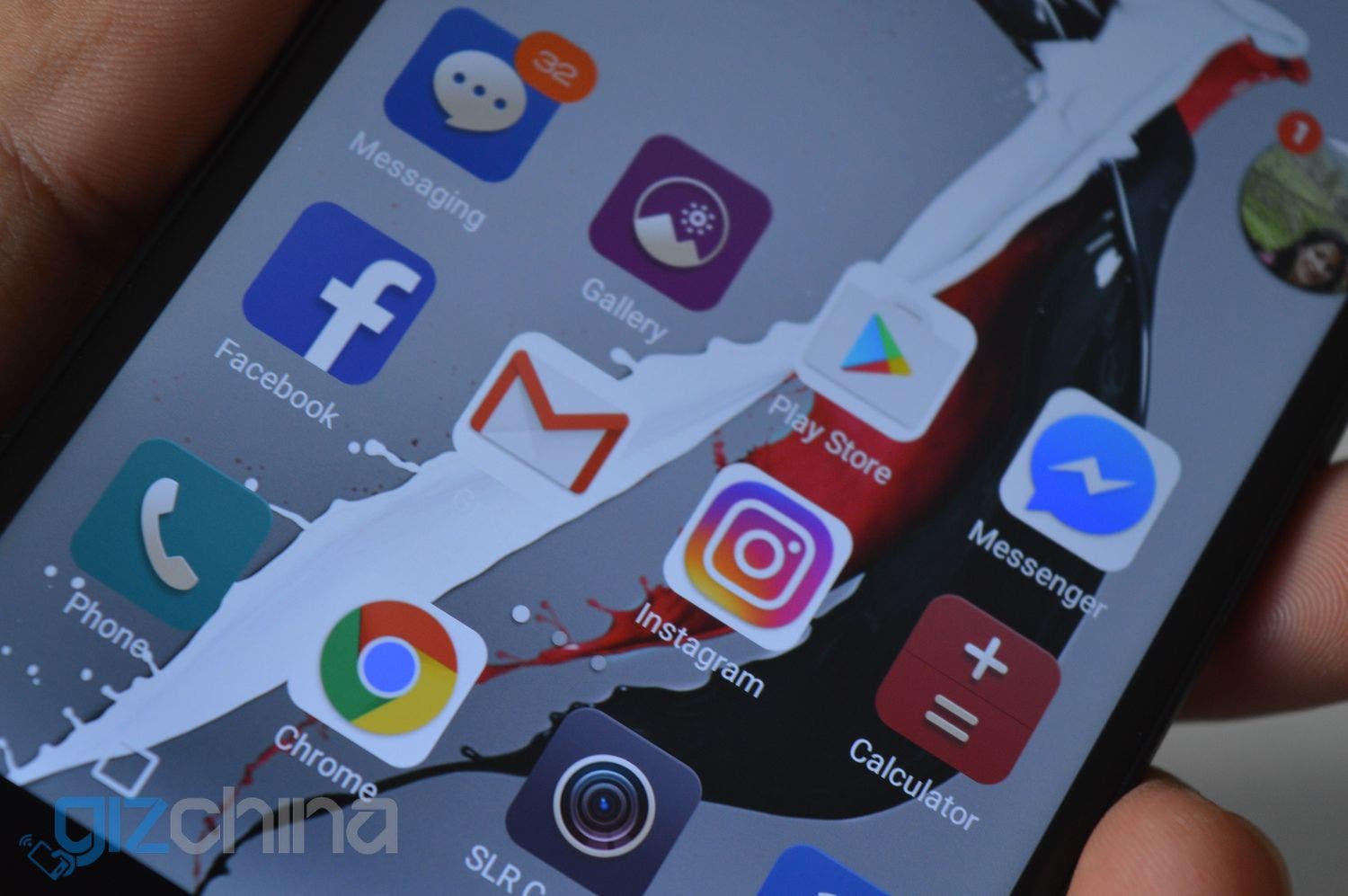 Speaking of the display, it can sometimes be too bright. I sometimes use my phone in bed for YouTube and some casual reading on the web, when I like to turn down the brightness to the lowest setting. While most phones fare just fine, the Gemini was somehow a bit too bright. I know there are apps like Screen Filter that can be used in such cases, but there shouldn’t be a need for that is what I think.

A bit of a problem with the phone is the battery. I use a 5-port Tronsmart USB charger to keep my devices juiced up, but the Gemini charges at a… slooooooow pace. While that may be ok with some (who don’t mind leaving their phones plugged overnight), what doesn’t work well is the fact that the Gemini is rather fast in draining the battery.

It’s only a 3GB RAM phone and it doesn’t feature the most powerful processor on the planet, but despite that the Gemini’s battery life is not up to the mark. I have a strong feeling that the MT6737 series isn’t quite what MediaTek wanted for this year (and a bit of 2016).

That said, the phone is quite OK with handling daily apps (Facebook, Chrome, Skype, WhatsApp, etc.). It does get laggy once you’ve opened up a few apps, and every now and then requires clearing of the memory or a reboot. Not unnatural for a $120 phone, but we’ve seen better (in the MT6752 heydays).

The previous MT67xx chips have fared much better in both, performance and power management, which sort of makes you wonder why would there be a new chip to replace them.

You’re going to find it difficult to get a day’s usage from the Gemini without having to make a trip to the wall socket before EOD.

Speaking of battery life, one reason why it isn’t quite up to the mark is probably because of the poor heat dissipation. The Gemini does heat up, and it’s been a long long time since we’ve seen a phone that does. You’re going to find it difficult to get a day’s usage from the Gemini without having to make a trip to the wall socket before EOD. 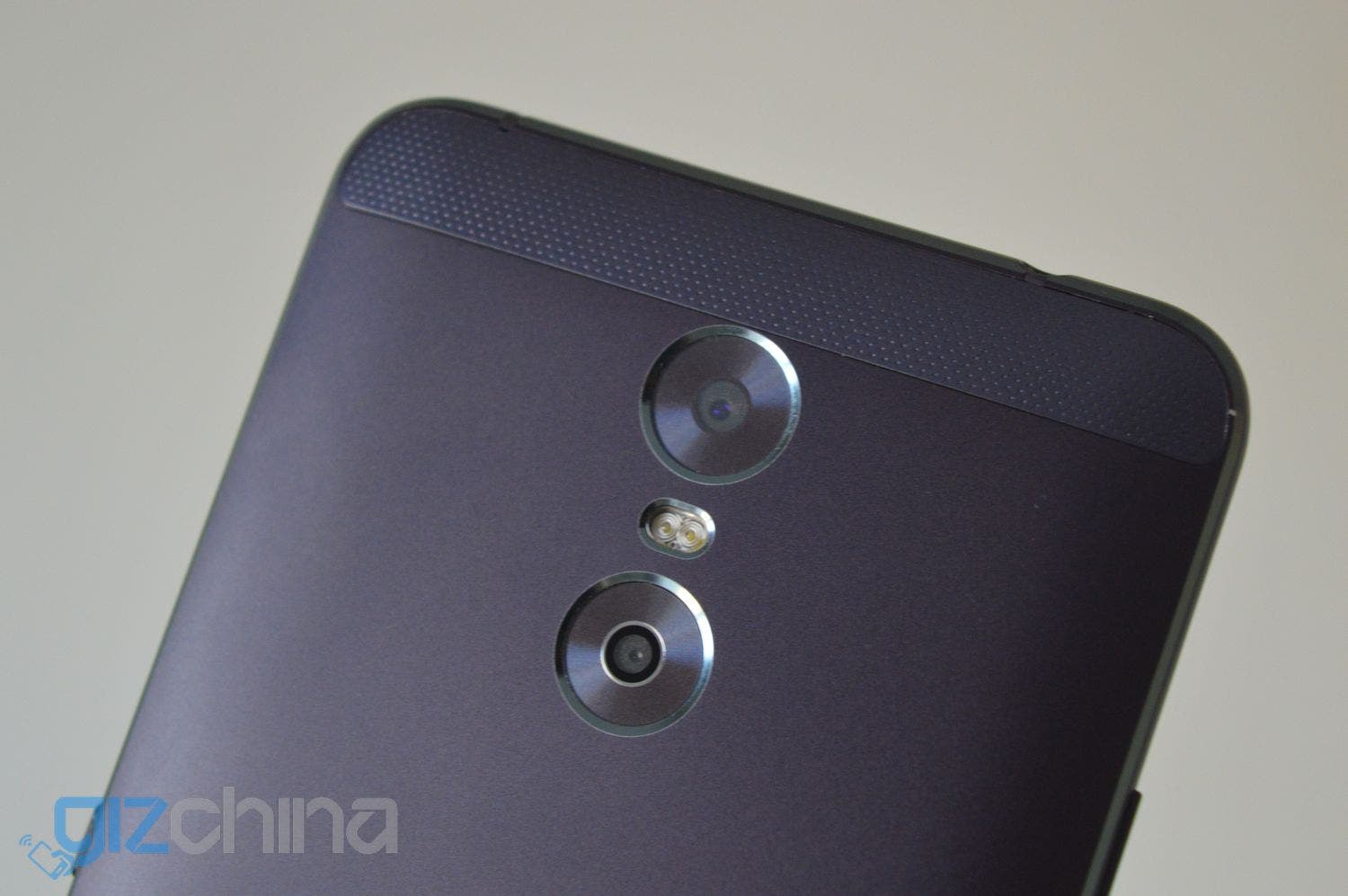 Moving on to the USP of the phone, the camera — it’s a bit of a mixed bag. The dual camera setup (‘SLR’ mode in the camera app) is a bit of a gimmick more than anything else. While that’s not to say that it’s fake, it is just suggestive of the fact that the results aren’t as ‘mind blowing’ as you’d expect. Quite the opposite, in fact.

That said, the Gemini does take some pretty photos when there’s enough daylight (in normal mode). 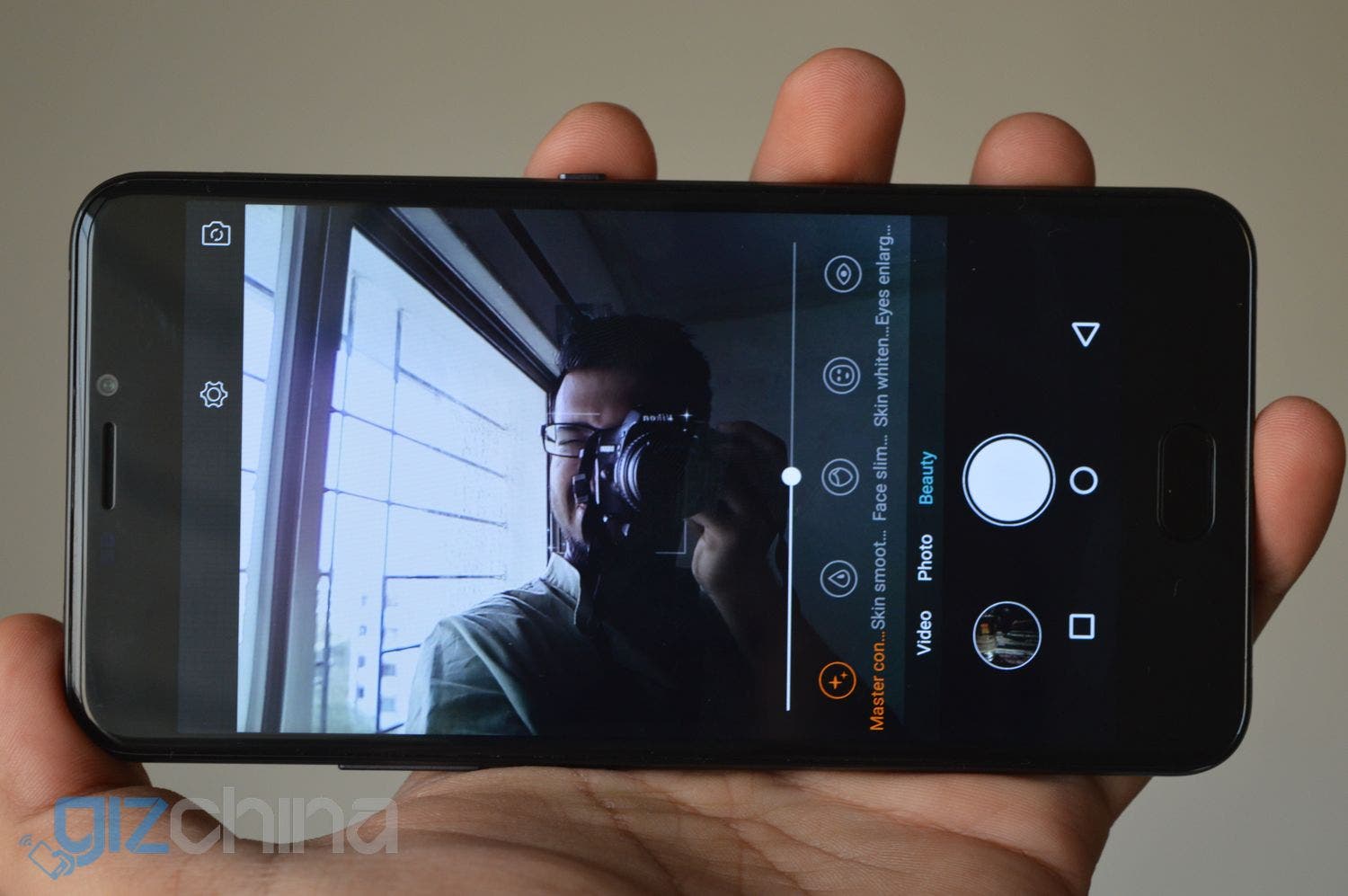 With SLR mode, the phone’s going to find it extremely hard to focus on the subject, and in the name of bokeh, there’s going to be a lot of fake tilt-shift effect. What’s worse is that the viewfinder and the entire camera app lags around 2-3 seconds (as opposed to what the camera is actually seeing), making it all the more harder to like and use the feature.

Software updates will hopefully and probably fix this, but you cannot bank on that, which is why getting yourself a Gemini just for the dual rear camera would be a really, really dumb thing to do. 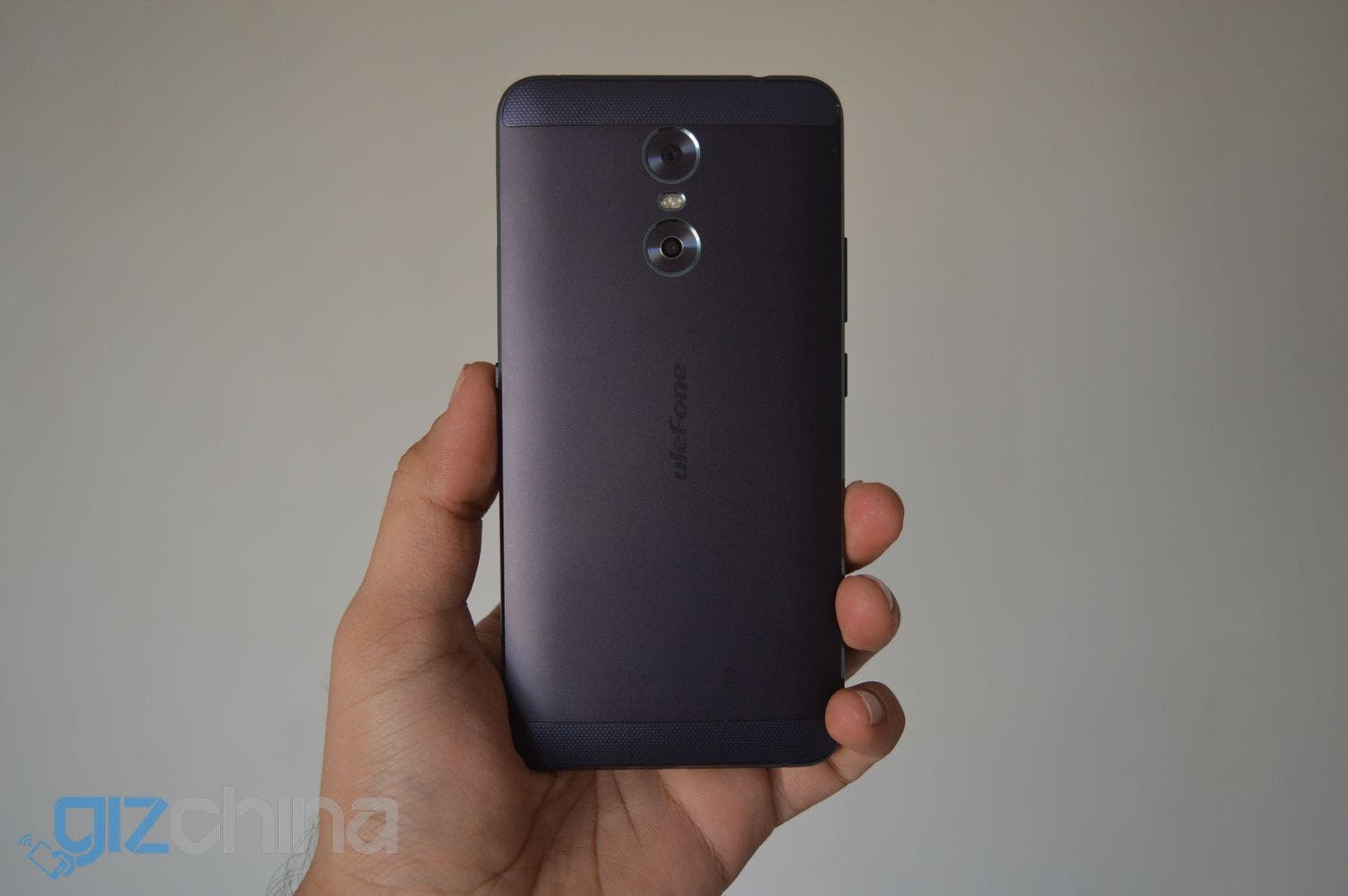 The Ulefone Gemini is a great-looking, great-feeling phone but one with a couple faults too many. If the main feature — the dual rear cameras — worked well, I’d have no second thoughts before recommending this phone. However, that combined with the fact that the battery life is rather poor makes the Gemini just another one in the crowd of unfinished Chinese products.

You can learn more about the phone on the official website or purchase one from the button below.

Next up, I’ll be reviewing the UMi Z. Stay tuned!