Meizu M5S was unveiled during a special event held by the Chinese company, packing a 5.2 inch IPS display with 1280×720 pixels resolution, along with a Mediatek MT6753 SoC with an 8-core CPU. 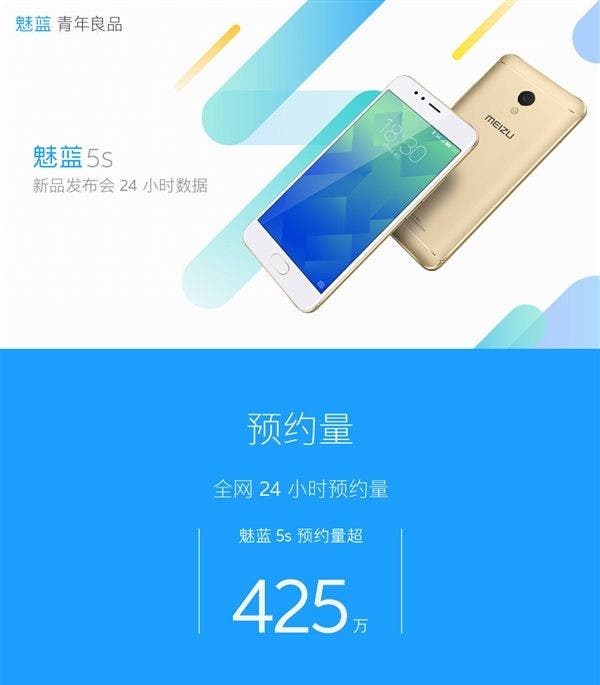 The M5S is available in two variants with 16GB of storage (priced at 115$) and 32GB of storage, priced at 145$, so with such low prices it’s no surprise that the device already hit the mark of 4.25 million registrations in under 24 hours!

As always all these are registrations, meaning that people just express their interest to buy the device and not specific purchases. However, judging by this amount of interest, it’s almost certain that all the available Meizu M5S stock will disappear in minutes when it becomes available.

Previous Mediatek Could Cut Helio X30 Orders By 50% Due To Poor Demand!

Next LG V30 will come with Snapdragon 835 SoC, 6GB RAM and impressive features