At the upcoming MWC 2017 event, Huawei will introduce to us new devices. There will be Huawei P10 and P10 Plus smartphones, but also second generation of Huawei Watch smartwatch.

First generation of this device was launched in 2015 and it’s one of the best designed devices (in my opinion). But Huawei Watch 2 will have changed design to look more like sport device.

New Huawe smartwatches will be released with Android Wear 2.0 onboard and it will be the first new chinese device using this OS. Specification of Huawei Watch is very interesting. We will find there SIM card slot, so there will be support for 4G LTE connectivity. Besides of this, Huawei Watch will support Bluetooth, Wi-Fi and NFC, which will allows us to pay with the watch using Android Pay. 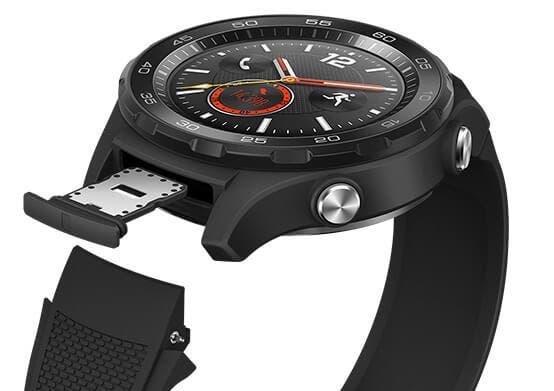 There aren’t any more information about this device. But as the company’s press conference is planned for 26th February, we will get all details about new watch and smartphones then.