The Xiaomi Mi5C is a great looking device, but this new leaked version of the phone looks like just the phone we were hoping for.

When Xiaomi announced the MI5C we were really excited! This was a phone that boasted Xiaomi’s own Surge S1 chipset, and not only that but had an attractive design and impressive looking camera specs.

There is an issue with the current Xiaomi Mi5C though, and that’s the fact the phone doesn’t support all networks across all carriers, meaning that at this stage the Mi5C will only be of interest to Chinese customers, but this could all change. 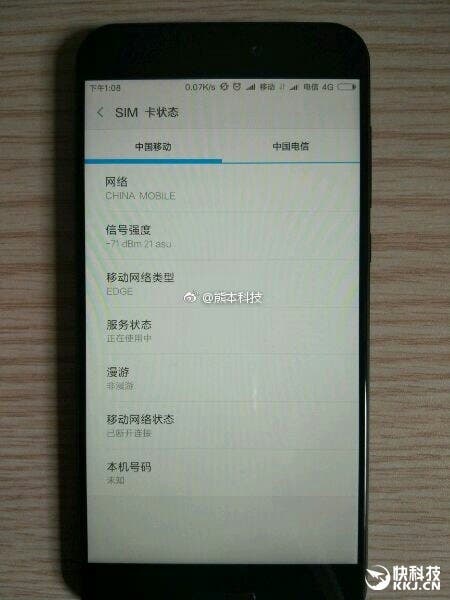 The flooding images show a new version of the Xiaomi Mi5C that has support for China Unicom, which is an FDD LTE mobile provider. What this means is the Surge S1 powered phone could be imported from China and used on certain LTE networks in Europe and other areas.

We’re not sure at this stage if the FDD-LTE version of the Xiaomi Mi5C has an entirely different Surge S1 chipset off if the change in network support is purely software based. If this is the case we might even be able to hack the current version of the phone to work on other bands just as we were able to do with the Oppo Find 7 when it launched.