It seems that Xiaomi plans to further expand its Smart Home series of products, this time with a futuristic Coffee Machine that should be unveiled really soon. 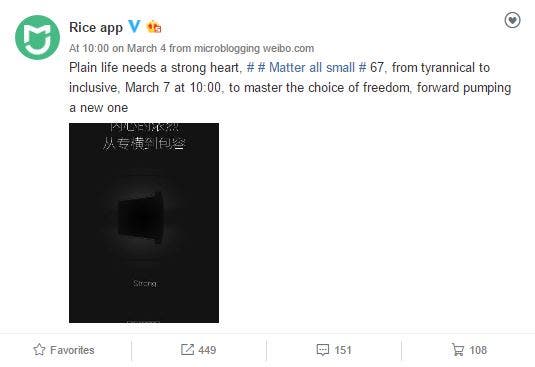 The news came up from a set of teaser posters that appeared in the official Weibo account of the company, informing us that the next set of its Smart home lineup will be a Coffee Maker, planned to be unveiled on March 7. This seems to be a smart move at this period of time since Chinese people have shown a great interest in coffee – thus increasing the coffee consumption by 3% in just one year.

So this Xiaomi Coffee machine unveiling could come in handy in helping owners brew quality coffees right in their homes, but also in small coffee shops and cafés where teenagers meet and talk while drinking a hot cup of coffee. According to the teaser images, the purported “hi-tech” product should be unveiled on March 7 at 10AM.

I could use one right now by the way 😉

Next Huawei official insists that 6GB/8GB of RAM is "overkill", 4GB is just enough

Smart home products from BN-LINK are heading to Europe