Recently we heard rumors that Xiaomi Redmi Pro 2 was about to be unveiled some time during March, packing a -not-yet-unveiled- Snapdragon 660 SoC and a single main camera, thus having no relevance to the original model that came with dual camera setup on its back.

Earlier today however some new leaks from China insist that the upcoming Redmi Pro 2 model will indeed have a dual camera on its back, equipped with two 12MPixel sensors! The same leaks also suggest that it will rely on MediaTek’s Helio P25 and not the Snapdragon 660 SoC, meaning that the Chinese company will choose an octa-core CPU that consists of four Cortex-A53 cores clocked at up to 2.5GHz and another four that only go up to 1.6GHz, along with a Mali-T880MP4 GPU and support for Cat.6 LTE. 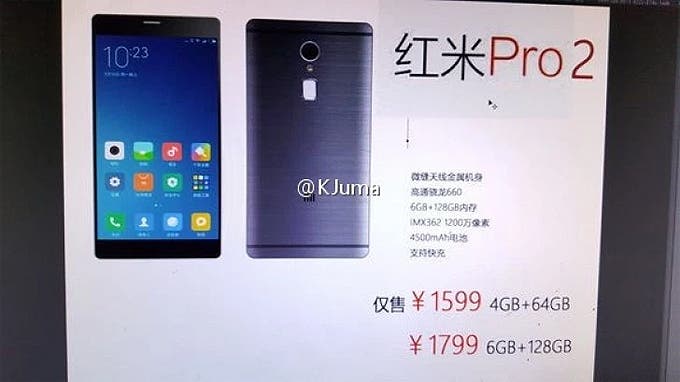 Next Vertu acquired by Turkish company for $61 million!