Let’s switch gears for a moment. Why did Xiaomi choose to use the Snapdragon 625 in a Note device when the Note 3 used a 650 series chip? This decision seems like it would cannibalize sales of the aforementioned Redmi 4 Prime.

Nevertheless, the Redmi Note 4X is another great phone by Xiaomi that doesn’t need to exist.

5.5” devices are still the most popular screen size by far with individuals like me (who prefer smaller phones) being the exception. The Redmi Note 4X is almost identical to the Redmi 4, but that might not be a bad thing as the Redmi 4 Prime was a great device in its own right.

I was seriously contemplating replacing my Zuk Z2 with the Redmi 4 Prime, but I was not willing to give up the speed of a Snapdragon 820 for the battery life of the Prime. However I am considering making the switch again. 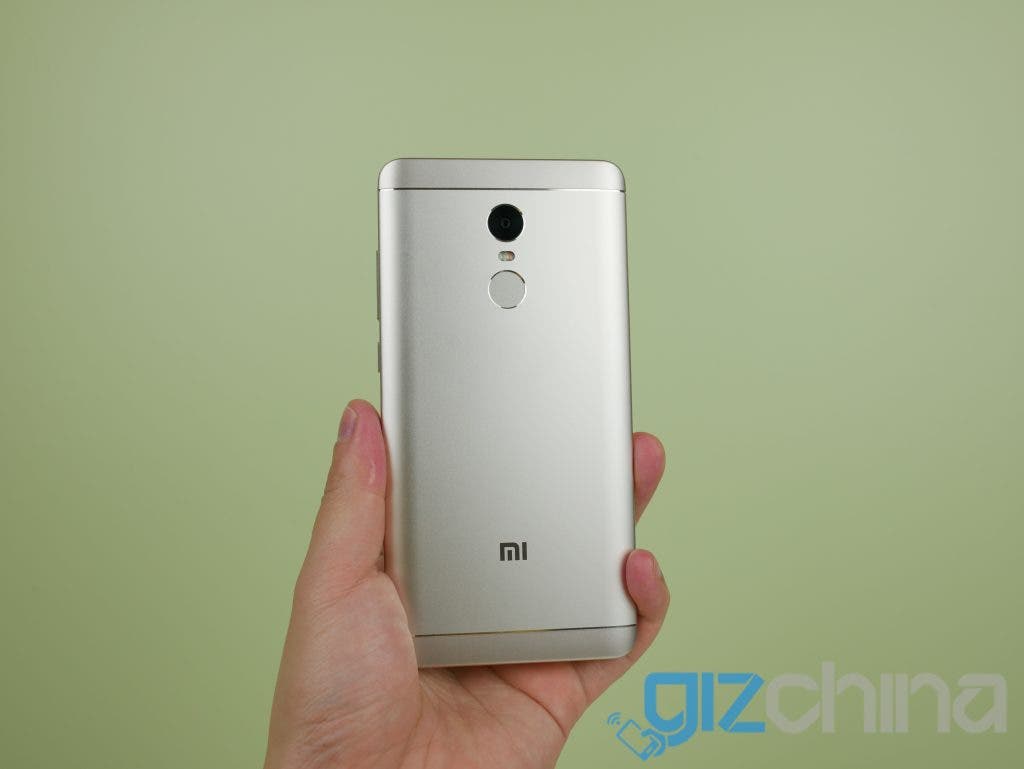 Other companies are scrambling to catch up to Xiaomi’s Mi Mix, so this was (one of) Xiaomi’s opportunities to at least shrink the bezels on its Redmi Note series of phones. However, the physical dimensions of this phone are the exact same size as the older Redmi Note 4. It retains the same size, a similar shape, and the same amount of bezels as its older big brother. It’s a bit unwieldy for someone with small hands (like me), but the curved back and chamfered edges to help with that.

The black bar around the screen is very apparent on the white version of this phone and I had wished this was eliminated as it is unsightly enough to be a dealbreaker for some. We have backlit capacitive buttons below the screen and the fingerprint sensor on the back. The hardware buttons are slightly mushy and lack the crisp feedback on other more expensive devices. 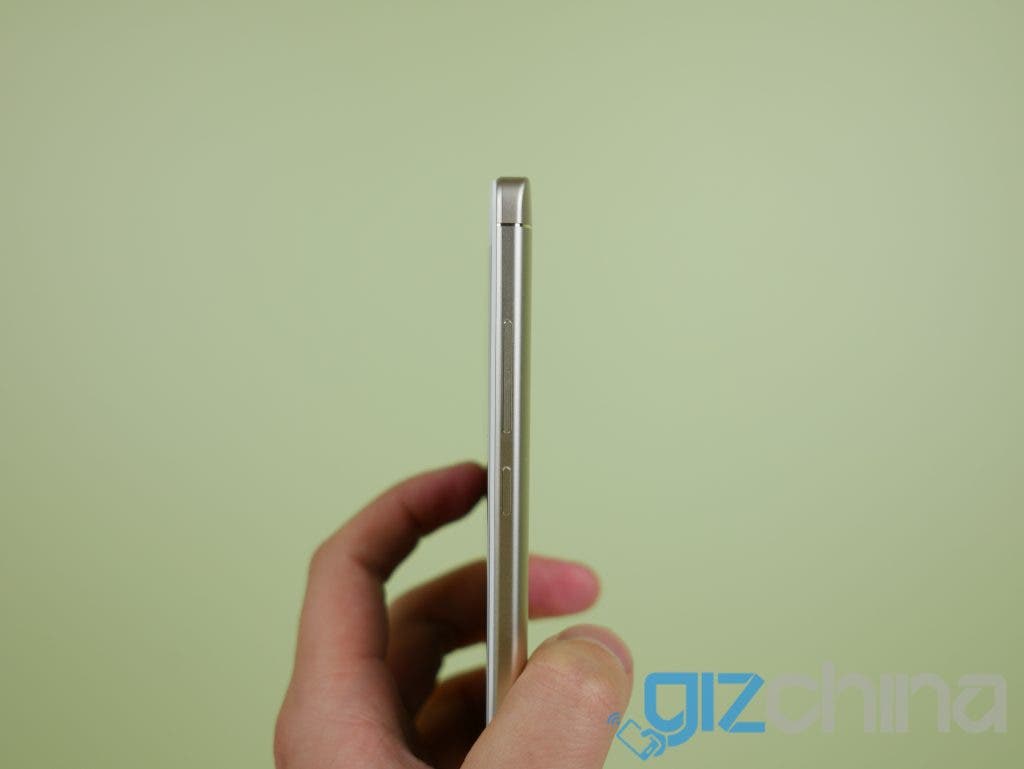 Xiaomi most likely used the exact same physical design as the older Redmi Note 4 to reduce costs, but the phone could have been smaller. The last point of contention I have with the build is the use of the older MicroUSB port instead of the newer USB-C port, but I suspect that not everyone will have an issue with that. 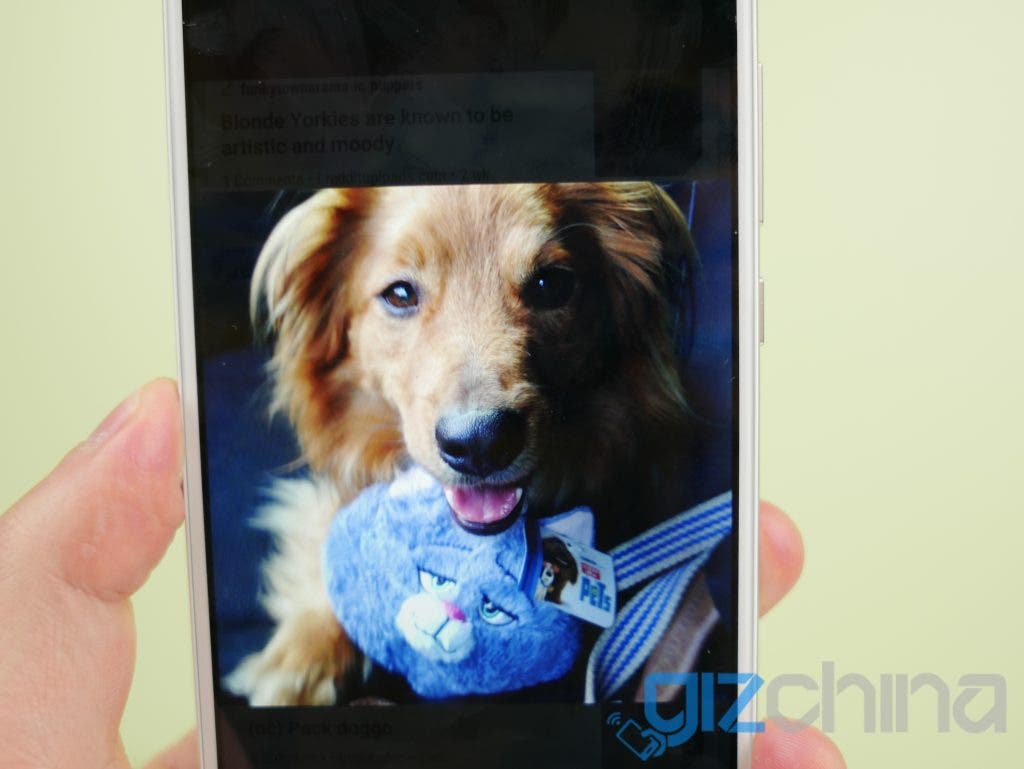 The Note 4X sports a 5.5” full HD IPS display and it is quite a pleasure to use. Colours are quite vivid and deep and the display is sharp. However, devices in the $200 range all feature similarly great screens so the excellent display used in here stands out a lot less. reading news on the screen is razor sharp and is generally a pleasure to use. 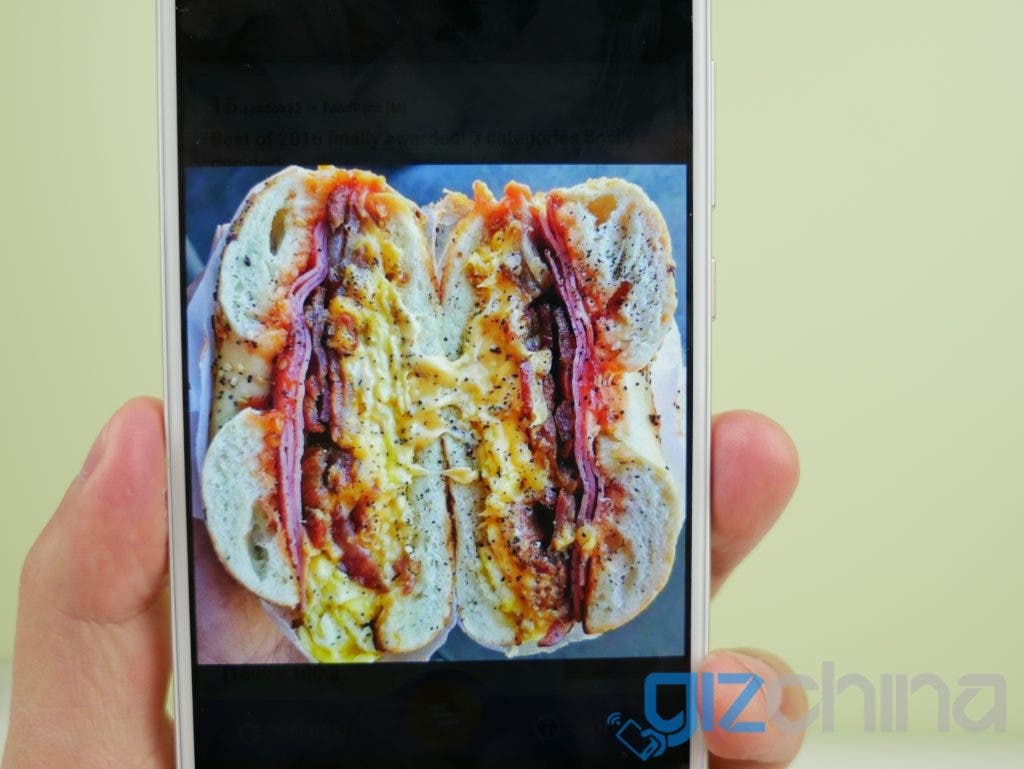 Maximum brightness is good at around 450 nits, easily viewable in direct sunlight. However, the display is reflective so it might be tough to see it in strong sunlight. Viewing angles are great though.

Speaker quality here is pretty much the exact same as the older Redmi Note 4, meaning decently loud sound with some slight distortion in certain tracks at max volume. However lower the volume a tad and its gone. Mids and highs are decently clear but bass is lacking in this phone.

If you go back to my Redmi 4 Prime review, you will remember that the Prime blew me, a battery fanatic, away completely. The Redmi Note 4X for all intents and purposes should get the same, if slightly less battery life than the Redmi 4 Prime due to the bigger screen. I was only able to perform one round of battery tests due to the incredible length of each test, and battery life is absolutely amazing.

I got 11 hours of screen on time with 18% left at the end of the day. This was incredibly heavy use, with about 6 hours of intense gaming, an hour of snapping photos, 2 hours of Youtube, and the rest was web browsing, SMS, news. This actually edges out my Redmi 4 Prime battery tests which you can check out here. Becaue the battery life on the Redmi 4 Prime and Note 4X are so similar, I thought some further anecdotal evidence might be useful here.

My sister who uses my Redmi 4 Prime regularly ends the day with about 80% battery life. This is mostly Snapchat, Snapchat, Snapchat, and a bit of Instagram. She has gone 4-5 days without charging before, but most of the time she still plugs it in at the end of the day by habit.

Quick charge via the microUSB cable stands at about 2 hours to a full charge.

Heavy users like me can get through two days of heavy use with no issue while light and medium users will be able to get at least 4 days of light use. 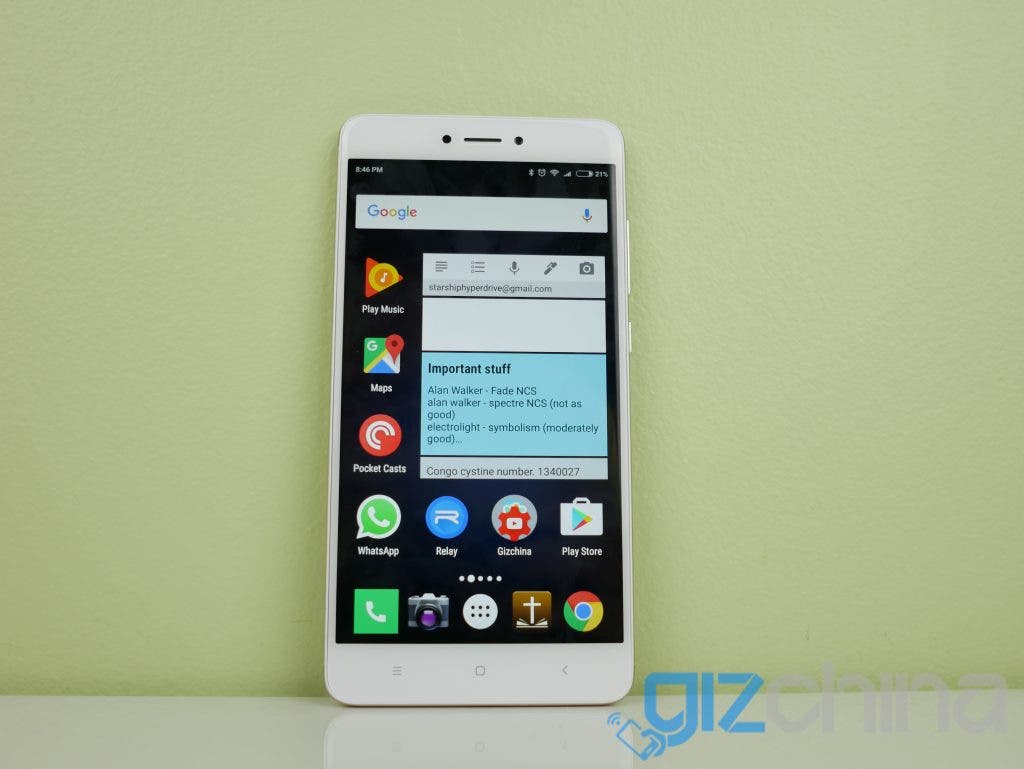 By this point I’ve gotten used to custom versions of Android, with phones using EMUI, MIUI, and ZUI popping up just as frequently as stock Android. That being said, MIUI is one of the best, complete, and most optimized versions available out there in the market and it works well. System animations are fluid and polished, swiping between screens is silky smooth and its generally a pleasure to use.

There is a slight moment of hesitation in this 625 that is either drastically reduced or non existent in more powerful chips. That being said, its still plenty useable and perfect for normal use even for someone like me. Do note that MIUI tends to clear out your RAM quite frequently forcing you to relaunch apps, but you can turn that off in developer options. 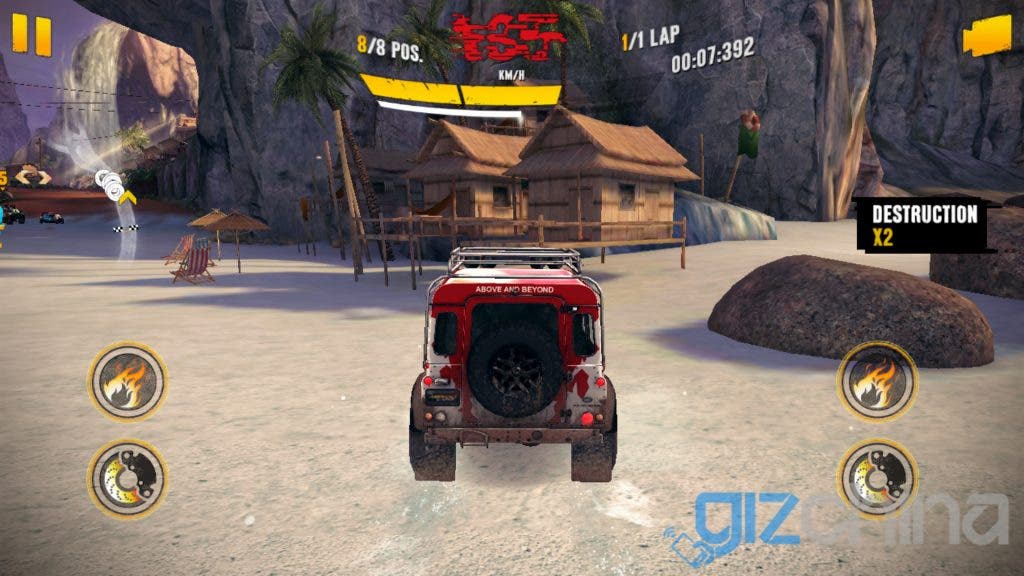 The Snapdragon 625 is powerful enough to run even the most intense games without hiccups. This is quite impressive especially at the 1080p resolution. There will be a game here and there that might require lowered graphical settings to run at a high framerate, but those are few and far between. 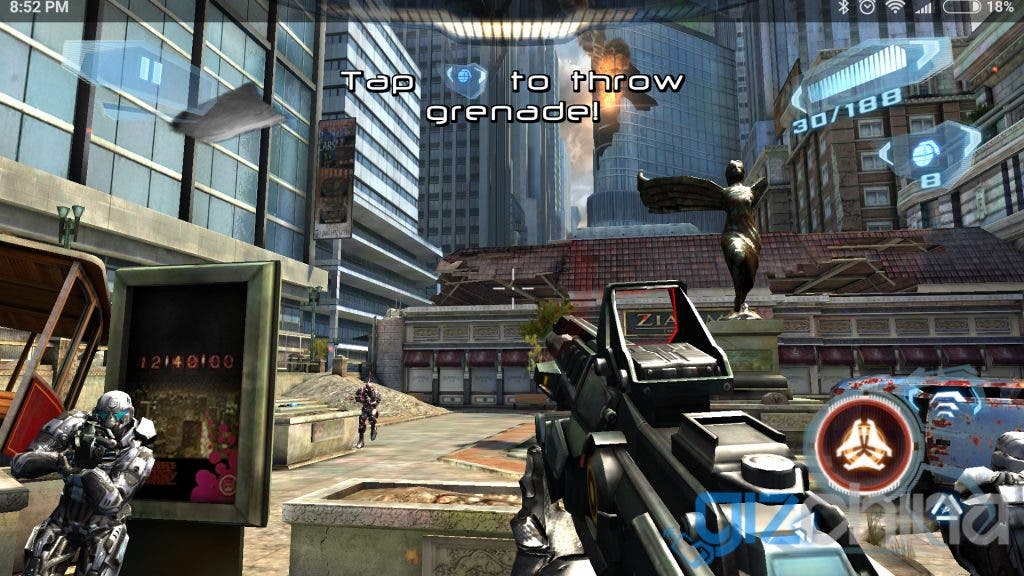 I ran just one benchmark, Antutu, and it obtained a score of around 60,000, exactly what I expected from a Snapdragon 625 chip. 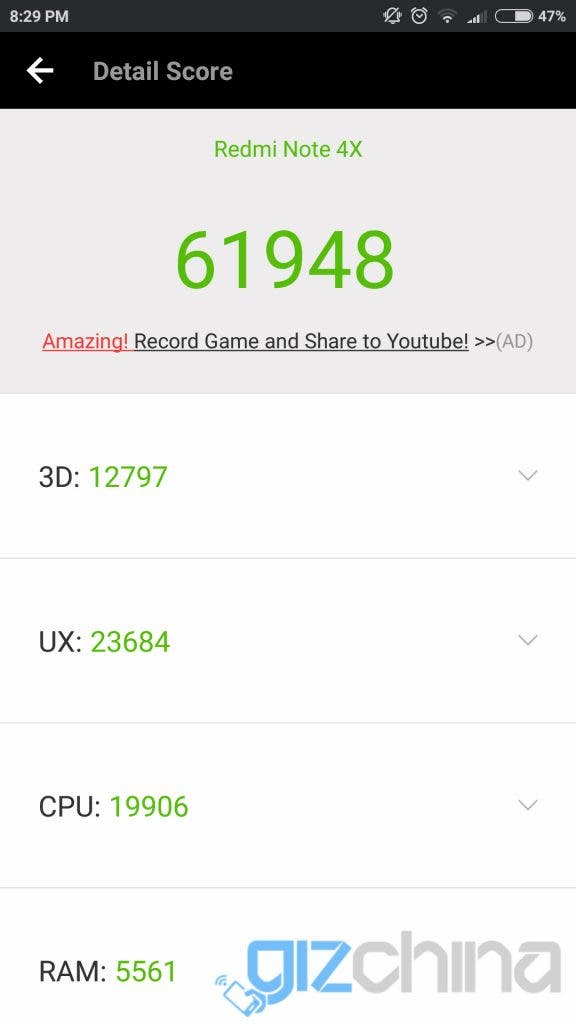 Performance here is very good and the snapdragon 625 is a very good chip as well. however, my complaint stems from the fact that Redmi Note devices have traditionally been more powerful than Redmi devices, but here we have the exact same chipset in both Redmi and Note devices. This seems to be an anomaly that some will not want repeated.

The fingerprint sensor is fast and accurate, I didn’t see any issues here. It is slightly slower than top end sensors on S7s and iPhones, but its still more than fast enough for the average user. It does have trouble trying to detect my fingers if the skin is wet though.

Connectivity here is strong, but not as strong as my Zuk Z2. I still saw more frequent drops to HSPA+ compared to the latter device, but speeds were still good. My speedtest results yielded very decent speeds as well. Bluetooth, WiFi, and GPS reception was all very good and I did not see any issues with those.

The Redmi Note 4 has a 13MP camera with f/2.0 lens and PDAF. The camera does a great job taking photos in well lit conditions with detailed photos and saturated colours. Colours and detail improve when HDR is turned on, but it does take longer to take a photo. Other smartphones have improved the HDR snap time quite a bit, leaving the Redmi Note 4’s HDR snap time a little slower.

The camera does have trouble with low light shots, but much less so The front facing camera takes passable shots in good lighting conditions, indoors its a hit or miss, and the camera struggles with low light.

The phone is capable of up to 1080p video and quality is good enough. You can actually shoot in 4K if you use a third party camera app like Open Camera, and the quality is good.

The camera app is quite feature rich, allowing you to tweak various camera related settings to get better shots.

I said it once and I’ll say it again; the Redmi Note 4X is a great phone that doesn’t need to exist. You can either take a step down in size to the Redmi 4 Prime or a step up in processing power to the original Redmi Note 4. Still though, those who feel compelled to purchase this phone won’t be disappointed.

While this phone’s processor is fairly weak for a Note device, it more than makes up for that in battery life, matching the Redmi 4 Prime’s battery life tit for tat. The Snapdragon 625 utilized in this device is no slouch either, pushing anything it throws your way.

If you do purchase this device, I recommend getting at least the 3GB version of the Redmi Note 4X as MIUI does use more resources than stock Android does. I also highly recommend reading both Gizchina’s reviews for the Redmi Note 4 (review here) and the Redmi 4 Prime (review here) before making your decision as you might find one of the other two devices more appealing.

You can buy the Xiaomi Redmi Note 4X here.

Good device, but look at the Note 4 and the Prime

Next ZTE Nubia Z17 mini: is this its front panel?