Samsung is unleashing a barrage of features on their latest flagship – the Samsung Galaxy S8. The latest report suggests that the Galaxy S8 will feature a pressure sensitive display.

Pressure sensitive technology, or Force Touch as it is more popularly known, is not a new innovation but smartphone manufacturers have only recently started incorporating it into their products.

The Galaxy S8 will employ Force Touch to diversify shortcuts, generate zoomed-in previews and provide a new level of haptic/touch feedback. Force Touch can be configured to perform a variety of tasks based on how hard the display is pressed. As of now, Samsung’s plans seem limited to partial adoption suggesting that only a part of the display would be pressure sensitive.

“The latest technology boasts higher sensitivity and a wider range of pressure-sensing levels compared to the previous one used in Huawei’s P9 in 2015,” an insider was quoted as saying.

The fingerprint scanning home button is located at the back of the Galaxy S8 which leaves a lot of space on the front of the device. Space which Samsung plans to use as a pressure sensitive display around the home screen area. A virtual home button has been spotted on some of the leaked images and it gives rise to an exciting world of possibilities.

The Galaxy S8 is good looking, even sexy.

Leaked images of the Galaxy S8 look nothing like anything currently out there in the market. There is a horde of sensors running along the top of the device, making it almost alien in appearance. The display is curved at the edges as well as both sides giving the smartphone a wholesome appeal. The lack of a physical home button results in an unreal display-to-body ratio.

Once launched, the Galaxy S8 will be one of the best looking smartphones for a long time.

A number of innovations were unveiled at MWC this year and the following one is a ripe fruit waiting to be picked. 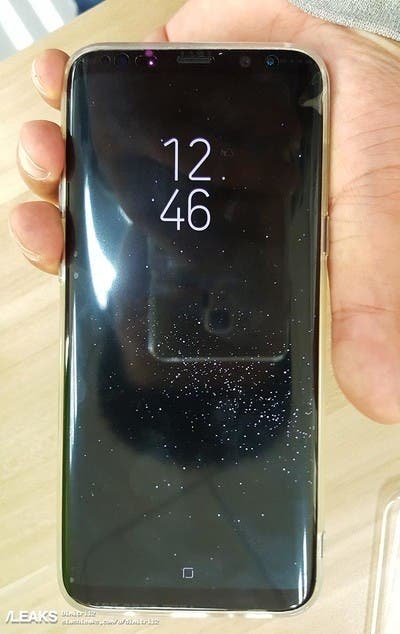 Force Touch is still in its infancy and the features are gimmicky at best. Manufacturers are yet to unlock its full potential but Samsung’s foray into new territory might be just what it needs to regain the limelight.

Previous NO.1 D7 Smartwatch will double standby time with its 500mAh battery

Next OLED shortage for the smartphone market this Year?