The first Geotel’s non-rugged smartphone Geotel Note got officialy released just few days ago on March 13th and the pricing is actually not bad at all. The company is proudly presenting it as the cheapest 3 GB RAM equipped smartphone, which is maybe arguable a bit, but still more or less fair game.

Geotel Note is trying mostly to pimp and show off its 5,5-inch HD resolution screen with something called the TruView technology. Apparently the Geotel engineers used the blue LED instead of white back light one and the result should bring more gamut and contrast. And of course the MetalPring design, the new material finish of the back chassis reflecting light and just looking nice and classy. 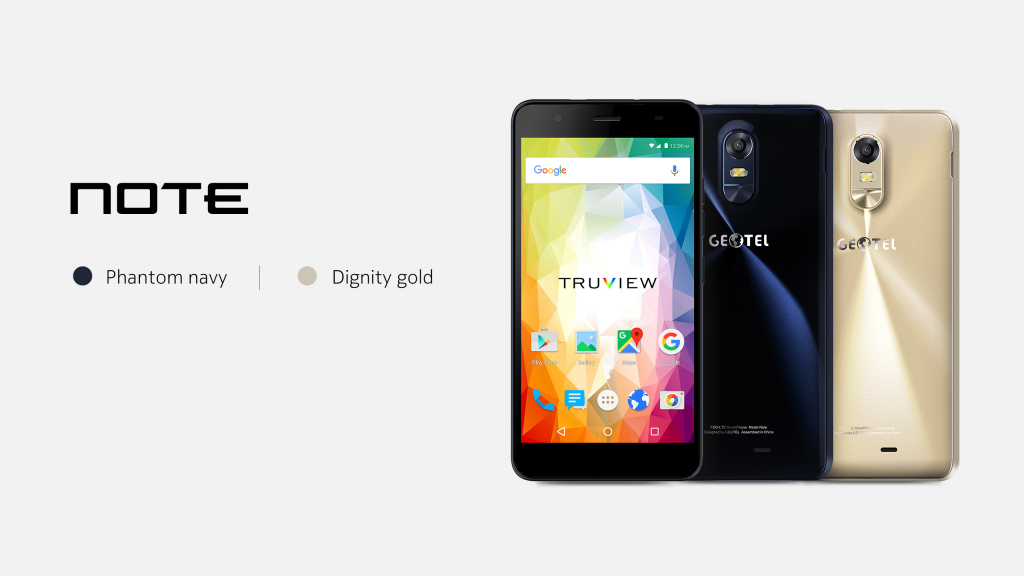 Rest of the specs is quite alright for the price level, 4G enabled MT6737 chipset, aforementioned 3 GB RAM, 16 GB of internal storage, 13 Mpix rear camera with f/2.0 aperture, 8 Mpix front selfie shooter with 84 degree angle lens, removable 3200 mAh battery and Android 6.0 Marshmallow. Antutu scores are as documented on the pics below in the expected range for the hardware, over 28.000 points.

Geotel Note is already available and you can get it for the $89.99 price for example in here so if you would be in need of a value phone then surely you can consider it as a possible purchase.