The Xiaomi Redmi 4A has been launched in the Indian market, at an event in the country’s capital earlier today. The device is priced at Rs. 5,999 (roughly $90) and is Xiaomi’s most affordable smartphone in India. Like the Redmi Note lineup, the specs on offer are as good as one can expect for the price. The feature list is poorer than the Redmi 3S that launched last year, but the lower price should more than make up for that fact.

The Redmi 4A features a 5-inch HD display, a 1.4GHz quad-core Snapdragon 425 processor with the Adreno 308 GPU, a 13-megapixel rear camera with phase detection autofocus and f/2.2 aperture, a 5-megapixel front-facing camera, 2GB of RAM, and 16GB of internal storage. It has a 3,120 mAh battery and comes with MIUI 8 based on Android 6.0 Marshmallow. There’s support for 4G LTE connectivity and a hybrid SIM slot, which means the phone can either accommodate two SIM cards or a single SIM card and a microSD card (up to 128GB). Like all recent Xiaomi phones, the Redmi 4A features an infrared sensor to allow for controlling TVs and other appliances. 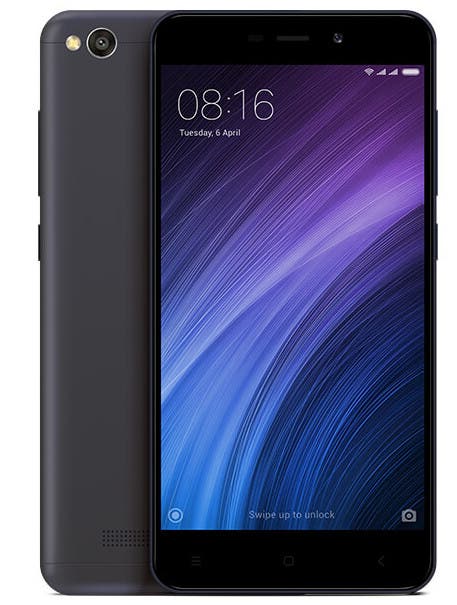 Indian consumers will be able to pick up the Redmi 4A in gray and gold from Amazon.in and Mi.com starting March 23rd, and in Rose Gold from April 6th. Read our review to see if the device is worth buying (spoiler: it certainly is).