Latest mammoth battery phone from Ulefone — the Power 2 — has been launched yesterday and will up in presale on March 27th; Ulefone thought you might want to kill the time by entering their giveaway. Interested? Keep reading! 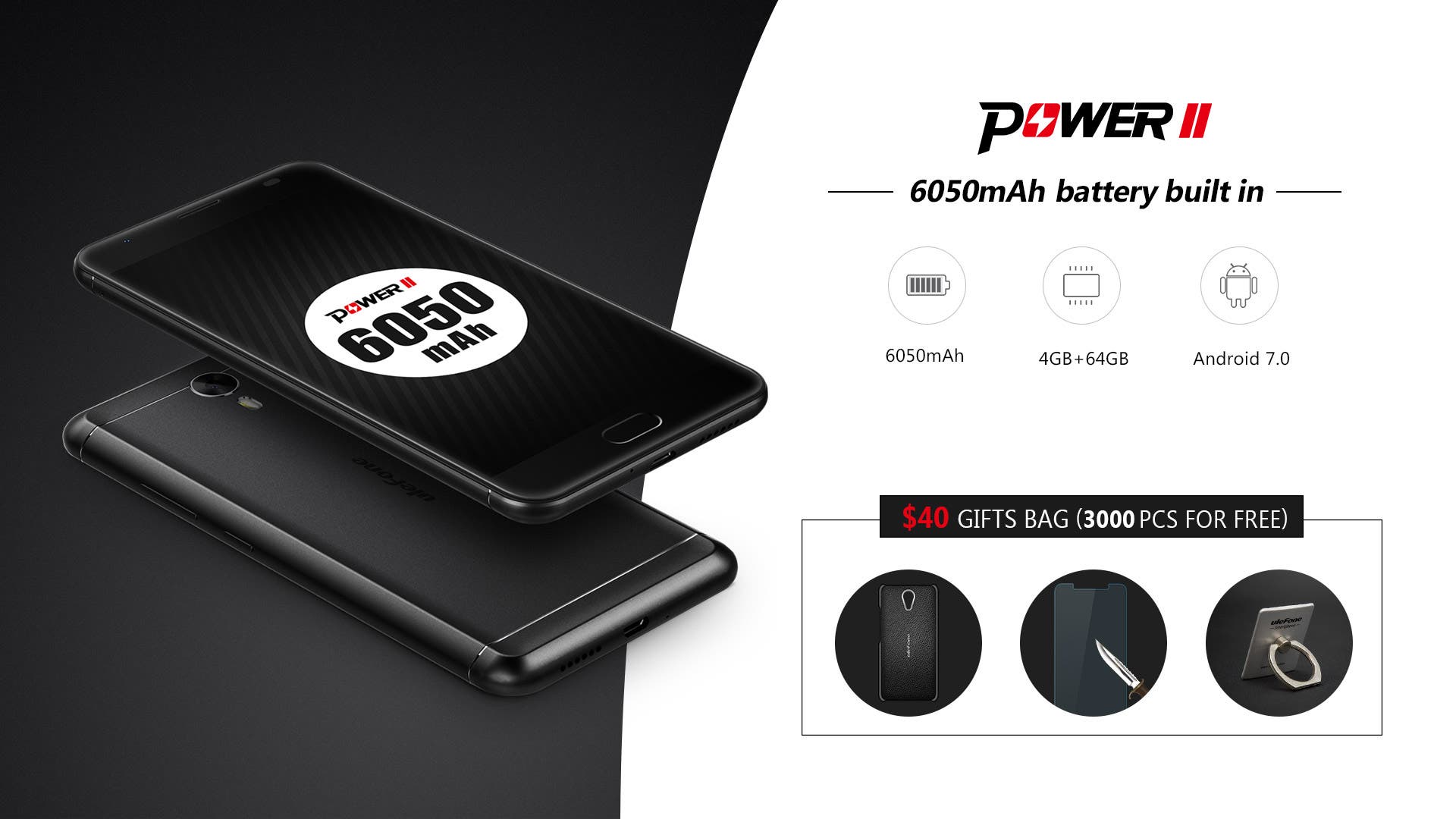 Let’s begin with the easier job (and smaller prize), you simply need to subscribe to Ulefone’s mailing list and if you’re one of the first 3,000 Ulefone Power 2 buyers, then you’ll be getting a $40 gift bag with it.

And now to the most interesting part: you can get an Ulefone Power 2 for free if you enter the giveaway placed at the end of the page that compares it to the original Ulefone Power, which has been Ulefone’s bestselling phone with over 890,000 units sold and a 99% of users satisfied, very impressive numbers for the Chinese phone maker.

Let’s sum up what the Ulefone Power 2 has improved over the Power (1), first of all, the CPU has been upgraded to a MTK6750T octa-core clocked at 1.5GHz, it now has 4GB of RAM and 64GB of internal storage. The battery size hasn’t changed but slight improvements in hardware components and the latest Android 7.0 Nougat OS running on it, should definitely improve the already long battery life.

If you’re into big battery phones then you only have to wait a couple of days to buy it, in the meanwhile subscribe to Ulefone’s mailing list and enter their giveaway over here. Good luck!

More info about the phone available on the official website.

Previous Huawei Mate 9 gets Amazon's Alexa thanks to update

Get the handy Homgeek 5-in-1 hand blender even cheaper