A day after launching the Xiaomi Redmi 4A in India, the Chinese smartphone manufacturer has announced that successors to the Redmi 3S and Redmi 3S Prime will be also be launched soon.

Xiaomi VP Manu Kumar Jain tweeted the announcement on March 20 but desisted from providing any further details. @RedmiIndia also tweeted a cryptic update saying we all would have to wait it out to see how soon the new smartphone would be launched. 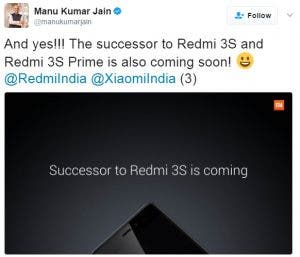 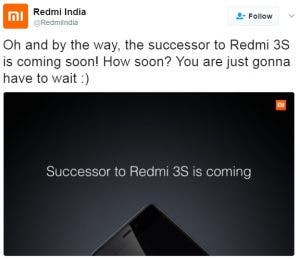 The Redmi 3S was launched in India in August last year. It came with a Snapdragon 430 processor, 2GB of RAM, 16GB of internal memory, a 720p 5-inch display, 4100mAh battery, 13 mega-pixel rear camera and a 5 mega-pixel front facing camera. It was launched at $104 or 6,999 INR making it a decent mid-range competitor.

Since the Redmi 4A has already been launched in India, the mystery successor smartphone could be the Redmi 4X. The Xiaomi Redmi 4X is a recent launch but has acquired a decent number of admirers. At a price point of $100 in China, it even fits into the budget of Redmi 3S users. 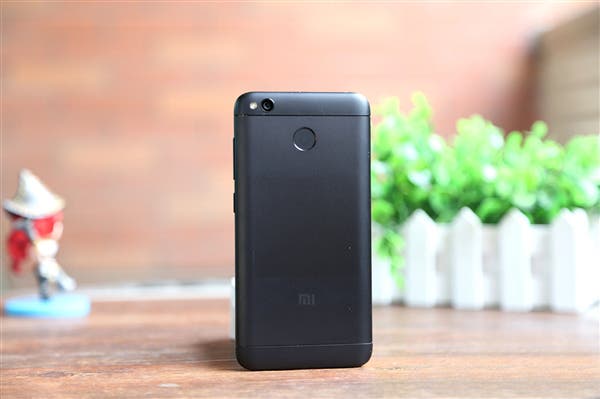 The 435 Snapdragon processor on the 4X is an upgrade and so is the new fingerprint scanner on the back but the camera, RAM/ROM options and battery remain the same as Redmi 3S and Redmi 3S Prime. We will keep you posted as and when the mystery smartphone is revealed.

What do you think? Could there be an entirely new successor to the Redmi 3S?

Next Reports of crooked rear camera module on OnePlus 3 emerge