If you have just finished watching the video hands-on of the Doogee Mix, then sit back and take a look at the equally attractive Bluboo S1!

It’s not only Doogee who are launching new bezel-free phones at the Global Sources fair, rivals Bluboo also have their own Mi Mix clone on display. 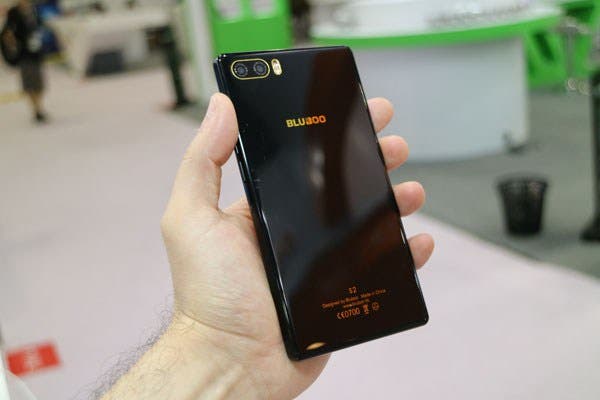 Bluboo has also been inspired by the Xiaomi Mi Mix and created a phone with a bezel-free design around most of the display leaving just enough room for a fingerprint scanner/home button on the chin.

The rear of the Bluboo receives dual cameras like the Doogee Mix however, the specs are slightly lower with the main camera rated at 13 megapixels and the secondary camera being just 2 megapixels.

Overall specs are slightly off those of the Doogee Mix with the most notable differences being the camera hardware, the option of only 4GB RAM, Helio P20 chipset and slightly smaller battery.

Looking at both bezel-free smartphones would you choose the Doogee or the Bluboo?

Next Moto E4 shows up on GeekBench