It hasn’t even been a week since the Moto E4 and E4 Plus images leaked, and the E4 has already popped up on GeekBench. The spec sheet throws light on some of the internals of the upcoming Moto E4. 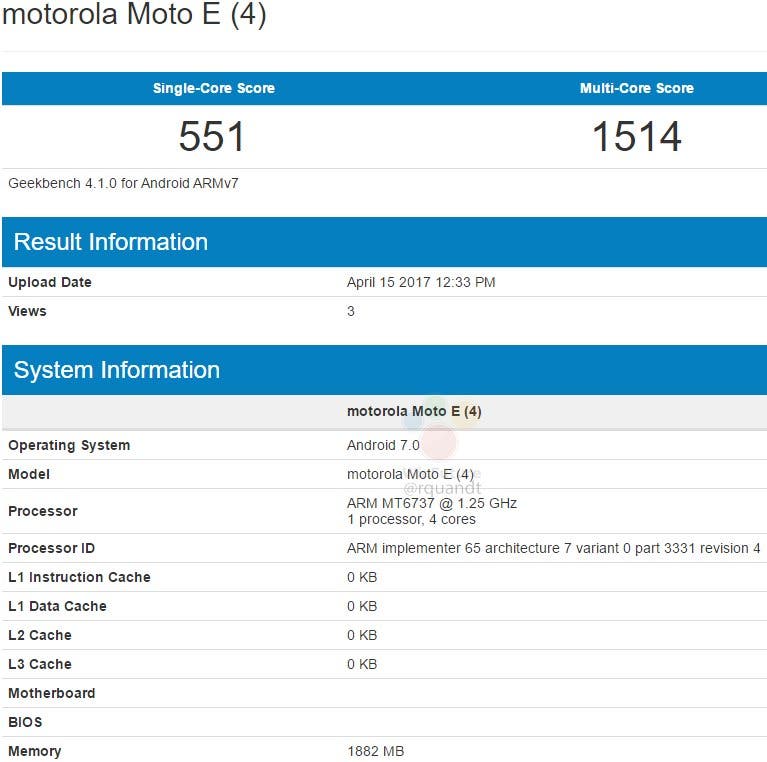 Spec-wise, the E4 will be powered by a MediaTek MT6737 coupled with a Mali-T720MP (600MHz) GPU, a quad core chip set from last year. It will have 2GB of RAM and supposedly 16 GB of internal storage with SD card support.

It performs fairly on the single core and multi core tests, indicating that it is targeted at the low end price market. Sources say that the E4 will have dual sim with 4G LTE and a 2 MP front camera. Watch out for more.