Recently I got the chance to review the Blackview R6. While I found the device to be good enough for daily use, it had plenty of cons that prevented me from recommending it. So when I was offered the Blackview P2, I eagerly accepted the device. So, is the P2 a good phone, and has it improved upon the mistakes of the R6?

In terms of design, the Blackview P2 again chooses the functional route over the flashy route. Unlike before however, the P2 actually looks good and unique. One of my gripes about the R6 was how generic the design was.

Once again we have a CNC Aluminum frame around the phone, with the power and volume button sitting comfortably on the right. On the bottom of the frame there’s a speaker and the USB-C port, and at the top there’s the usual 3.5mm headphone jack. The rear this time is completely metal.

Unfortunately, the capacitive buttons are, again, not backlit. This is really quite disappointing since it’s such a basic thing to have in a device. On the bright side however, Blackview did decide to include an LED notification light this time around. The device is also quite a bit on the weighty side at 232g due to the 6000mAh battery.

The design this time is much improved from the R6’s design. Where the R6 was quite generic looking, the P2 looks nice and svelte in black, though the thickness is instantly noticeable. That’s beside the point though. The Blackview R6 is a device that clearly puts substance over style, and it’s instantly apparent once you hold it in your hand.

Blackview continues their excellence in build quality with the P2. The device simply feels fantastic in the hand, and it’s very solidly built. The weight is the main issue here, as it’s a noticeably heavy device. Thankfully, the weight distribution is very good.

Overall, the device has some very good build quality paired with a nice svelte look that wouldn’t look out of place next to the iPhones and Samsung of the world. While there are some nitpicks to be had, it’s looking good for the P2.

The Blackview P2 has a full HD 1920×1080 display, and this time around Blackview have managed to get a quality panel for the device. The display is sharp, vibrant and accurate, as a good display should be. Sunlight visibility is also good, and I only needed to crank it to full brightness when under harsh sunlight. 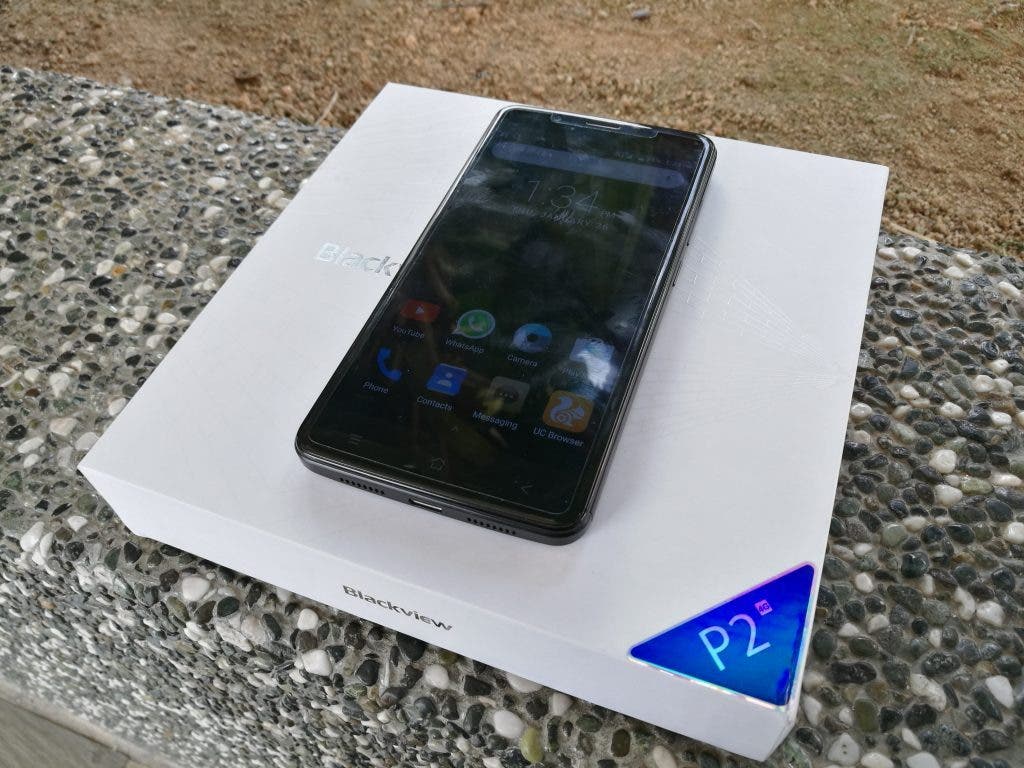 It’s good to see that Blackview have avoided the missteps of the Blackview R6. The color accuracy on the P2 is much improved. The device’s white balance leans towards the cooler end of the spectrum, but all too noticeable.

Viewing angles on the Blackview P2 are once again good. It’s more than capable of matching up with similarly priced devices. Overall, this display is surprisingly good, especially at its price point. The Blackview P2 gets another thumbs up from me.

Blackview UNI Launcher makes another appearance here, and once again it’s pretty much stock Android with a skin on top and no app drawer. The icons are still bad, even worse than the R6 actually, so I threw on Nova Launcher.

The settings menu has some options for unlocking the phone with gestures, but they’re not really all too useful when you consider the device fingerprint sensor. Aside from that, everything else is pretty much stock Android 6.0.

The P2 comes with a MTK6750T chipset and 4GB of RAM, promising some good performance, and I’m happy to announce that it’s entirely as good as it sounds.

The UI is snappy and quick, with few to no slowdowns throughout this testing period. Opening multiple apps at the same time was also no problem thanks to the huge amount of RAM in the device.

Moving onto gaming, The P2 once again impresses with all around good showings. Playing simple games like Tetris and Prune proved to be no challenge for the P2. More graphic intensive games like NOVA 3 caused some minor slowdowns, but nothing that effected my enjoyment of the game.

Overall, the performance of the P2 is great. The combination of the MTK6750T and 4GB RAM provides a very good user experience, with everything being quick and snappy. It’s not the fastest device, but it provides reliable performance all throughout. 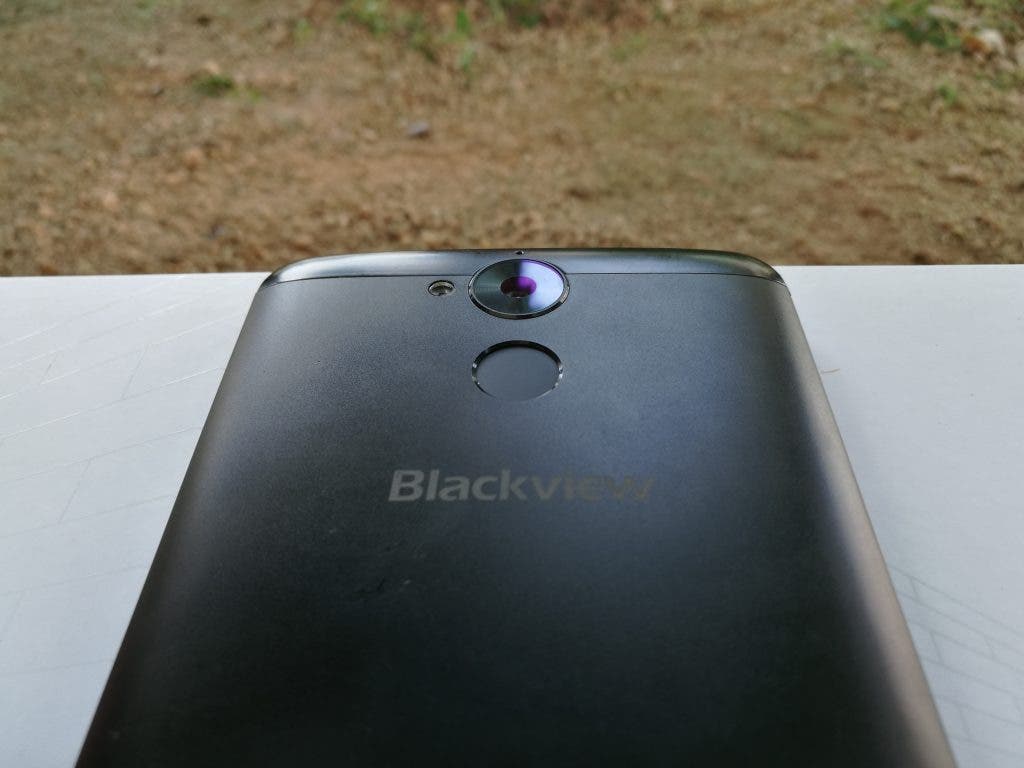 The P2 also charges surprisingly quick. It can go from 0% to 100% in 1 hour and 30 minutes. And while this isn’t the best I’ve seen, it’s really quite impressive for the price. So to summarize, the Blackview P2 does extremely well in terms of battery life.

The P2’s audio quality is decent, but it doesn’t impress. For starters, the phone’s main speaker lacks in volume, bass and sharpness. This is a real let down for me, because I was really hoping this phone would be exceptional in all aspects. 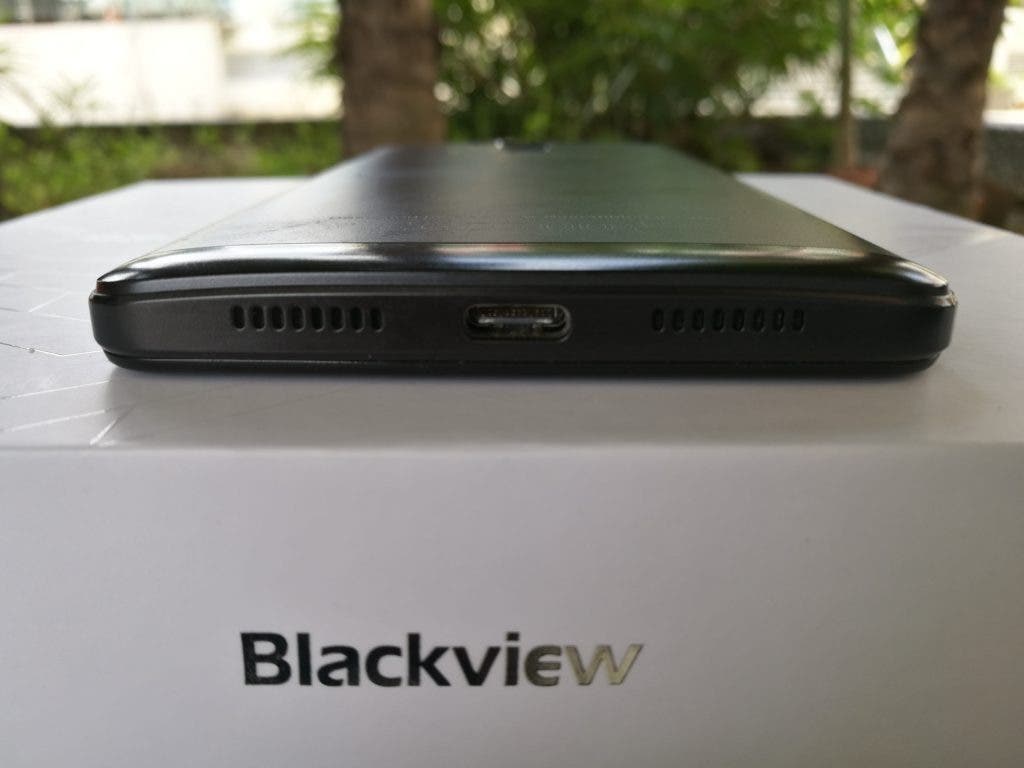 Following that, the in-ear speaker is also lacking in volume. It is however clear, which means when you do hear the person on the other line, you can understand what they’re saying pretty easily. Also, it’s a shame the phone has two speaker grilles but only one speaker, a common and misleading practice that needs to stop.

The Blackview P2’s camera is, at its best, decent. The phone suffers from the same problem most mid-range smartphones suffer from, the cameras rarely stand out amongst the competition. Their cameras are fully usable, but they aren’t going to be the reason you buy the device.

Now to its credit, the P2 does do fairly well in daylight. Details are captured well, there’s minimal noise and colors are accurate, if not a tad understated. White balanace is also good, though things tend to lean towards the cool side.

Video recording doesn’t fare much better either. I do have to say that the sound quality of the recordings are decent, but aside from that it’s just average. And finally, the selfie camera is OK. It’s more than sufficient for the odd selfie every now and then, though it could definitely be better.

The P2, like its cousin the R6, impresses in connectivity. The GPS locked-on quickly and managed to hold a strong connection every time I needed it, and mobile reception was good as I could get a clear connection from inside a hospital.

Bluetooth works well, and Hotknot also works though I’m not sure why you’d use it over Bluetooth. Everything ran as it should have and there weren’t any times where a problem with stop me from doing something. As such, the P2 gets a thumbs up from me.

Blackview have stepped up their game with the Blackview P2. It’s a quality device with a lot of good points going for it, but it does have some clear flaws. Though unlike the Blackview R6, the cons don’t really outweigh the pros.

This phone has officially put Blackview on the map for me, and with the upcoming Blackview BV7000 Pro I’m looking forward to see what Blackview can put on the table. If they manage to keep improving their quality, we could be looking at a new favorite in the Chinese market.

Next Moto G4 Play getting ready for Android 7.0 Nougat