The tablet market is in decline (16% year over year). What was once a crowded, cut-throat race has turned into a few holdouts still releasing classic tablets, with Apple dominating a fifth of that pie. Looks like Xiaomi hasn’t given up yet. Amidst the strong headwinds from larger phones and convertible tablets, the Mi Pad 3 looks to stand out from the competition.

Turns out this shrinking tablet market could be the lucky break Xiaomi is looking for. With new conventional tablets being released at a snail’s pace, good tablets are harder and harder to find. The Mi Pad 2 was a very good tablet and still is, and for just $160 its quite a steal. The Xiaomi Mi Pad 3 is more of a refresh than an upgrade, being practically identical from the outside with a few changes on the inside.

There is now 4GB of RAM and 64GB of storage, but the switch from the Intel Atom processor to the 6 core MediaTek has our eyebrows knit in confusion (or anger, depending on how much you wanted a Windows Mi Pad 3). However, the biggest change here is the starting price.

Where the Mi Pad 2 started at $160 for the 16GB version, the Mi Pad 3 starts at 64GB and consequently a much higher $220. Because of that higher price point, this tablet is going to have to fight a lot harder to prove itself, and let’s see if it does. 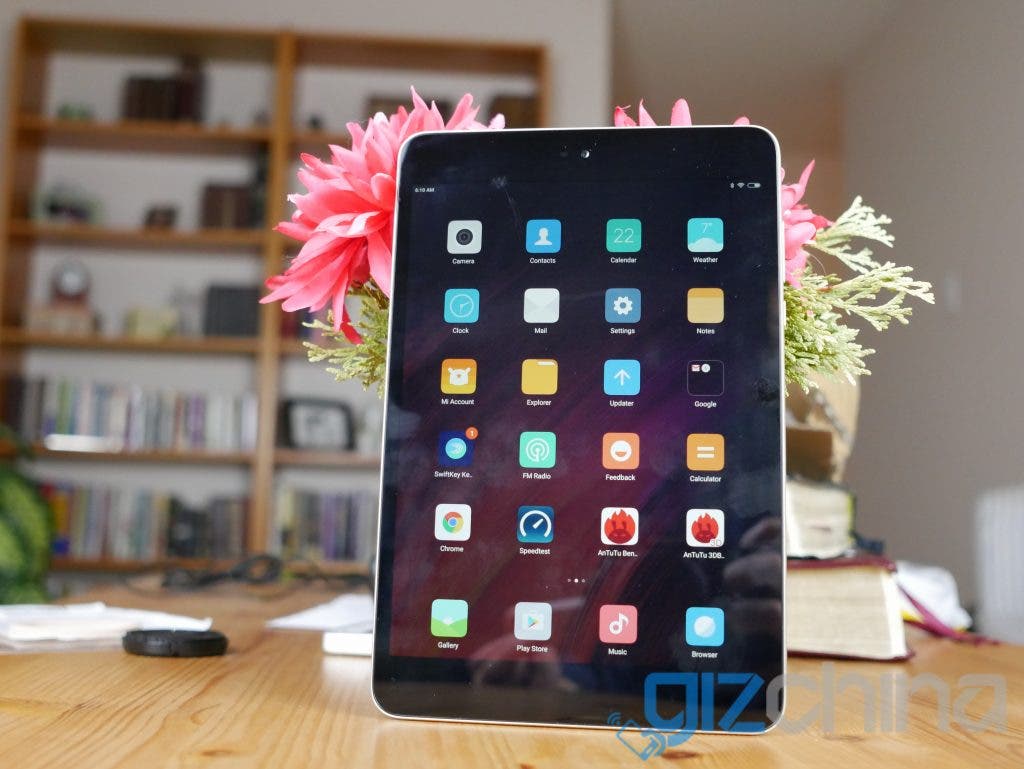 On the exterior the Mi Pad 3 looks virtually unchanged from the Mi Pad 2, the same unibody metal chassis we find on the 2 is present on the 3. That’s not a bad thing though, as the metal chassis definitely felt good in the hand. It clocks in at 328g, a few grams heavier than the Mi Pad 2 but insignificantly so. The 4:3 aspect ratio on the Mi Pad 3 does render the tablet quite a bit wider, enough to make it challenging to grip it with one hand. There are three capacitive buttons below the screen, on the right are the power and volume buttons, and on the bottom you find the USB-C port. There are dual speakers on the back. 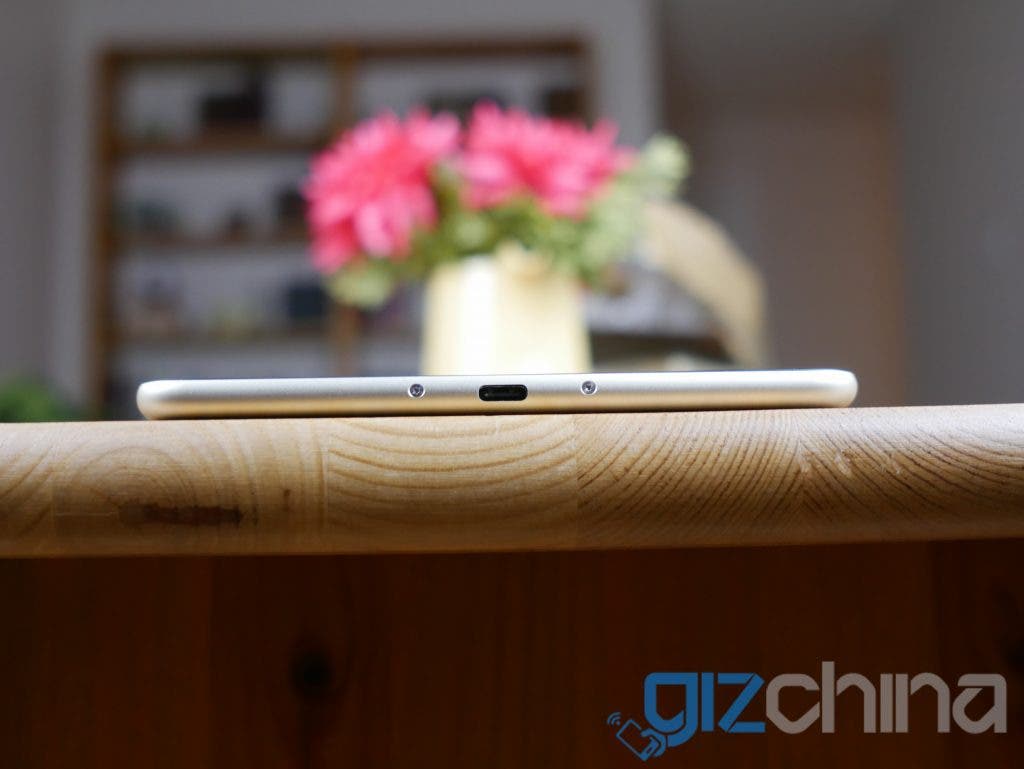 Downsides? I’ll give you three. First, this tablet doesn’t stand out in terms of looks and feel. There are a million other tablets with the same great metal build quality and as such, metal build is no longer a differentiator but is now integral to a “high end tablet”. Second, I was really hoping for reduced bezels around the screen, but since the same chassis was used, no luck there. And lastly, the same metal chassis also means the repeated omission of a MicroSD card slot, a big mistake in my opinion. 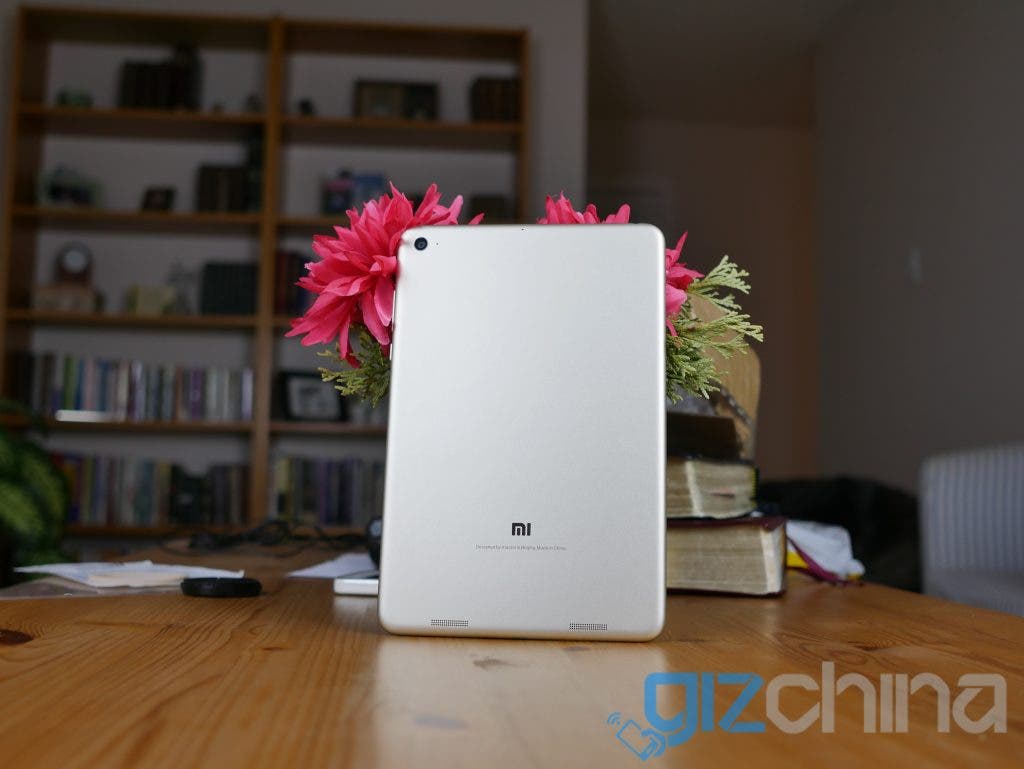 Premium, light, but no SD slot 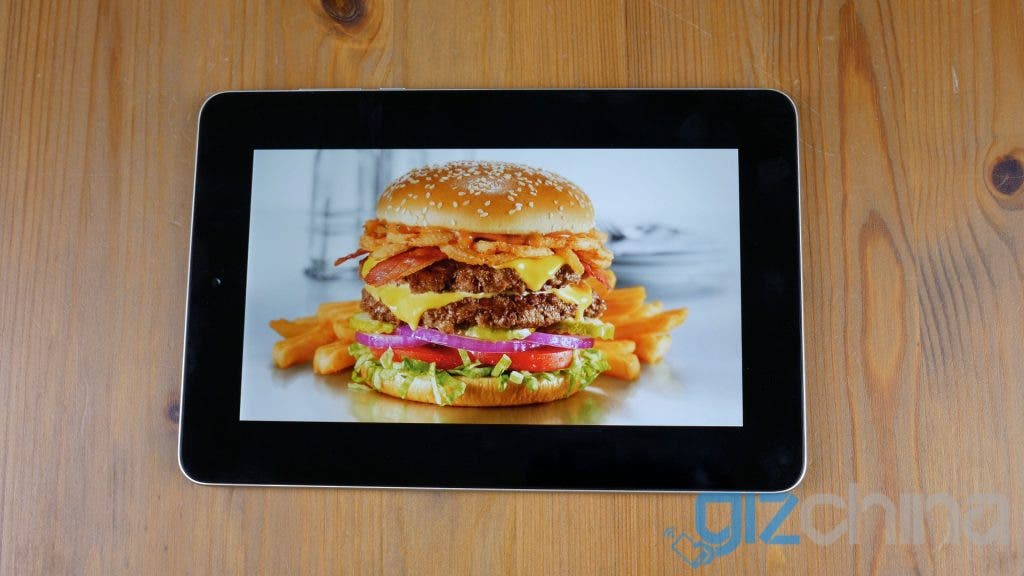 The display seems unchanged from the original Mi Pad 2 as well. we have the same 2048×1536 resolution on a 7.9” screen and the screen looks very good. Everything is crisp and sharp, web browsing, reading news and reading emails is a great experience. The screen has nice colour saturation, great viewing angles and adequate brightness (up to 400nits). The screen is a little yellow out of the box but you can adjust colour temperature and saturation from inside MIUI itself until you are satisfied with it. This screen is definitely gorgeous, but there are better displays out there now. There is also Gorilla Glass so you don’t have to worry about scratching the screen either. 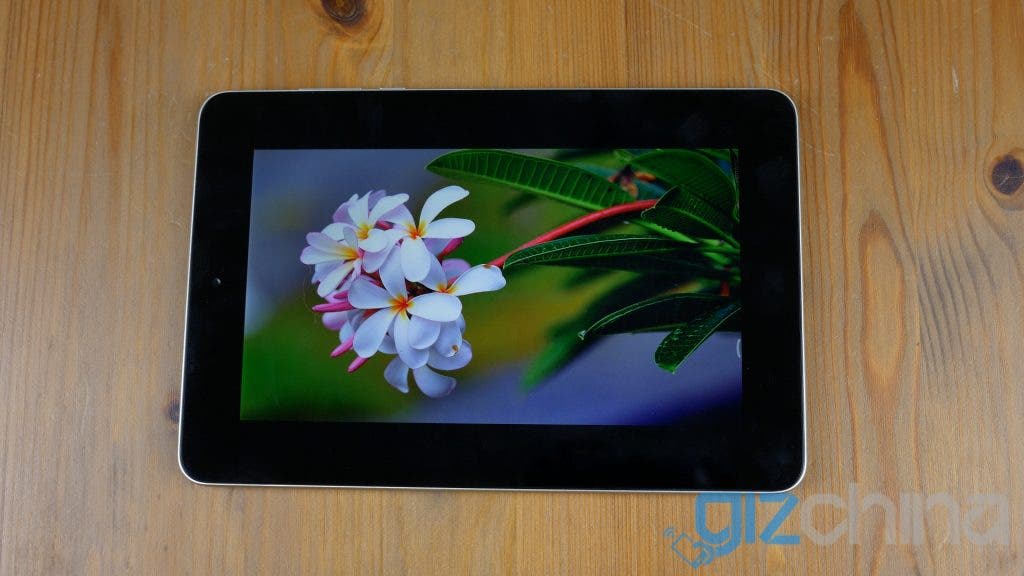 The Mi Pad 3 has two rear firing speakers and they pump out some incredibly loud sound. The maximum volume is loud enough to be heard pretty much anywhere a normal person would go and there is no distortion at max volume either. Quality is quite decent, mids and highs are quite full and audio clarity is not bad at all. There is some bass present as well but its still nowhere near the best tablet or phone speakers. Still though, its more than adequate for listening to music or watching some TV. That being said, the speaker placement means that audio comes out one side of the tablet when in landscape mode which results in no speaker separation.

The Mi Pad 2 was able to eke out some good battery life from its 6190mAh battery and I’m expecting slightly better from the Mi Pad 3 with its 6600mAh battery. Battery life is as I expected, slightly more than the Mi Pad 2.
I was able to obtain around 8-9 hours of screen on time over a day, no games, but web browsing, movies, and some Youtube. That’s some good battery life right there, creeping closer to the iPad Mini, but still falling slightly short of the iPad’s 10 hour figure. However, standby battery consumption is not as low as it could be and I suspect this is due to bad software optimization. I was losing about 1% battery every 1.5-2 hours which means around 9% battery gone every night. I really hope this can be improved on in future software updates but as of now, fingers crossed. 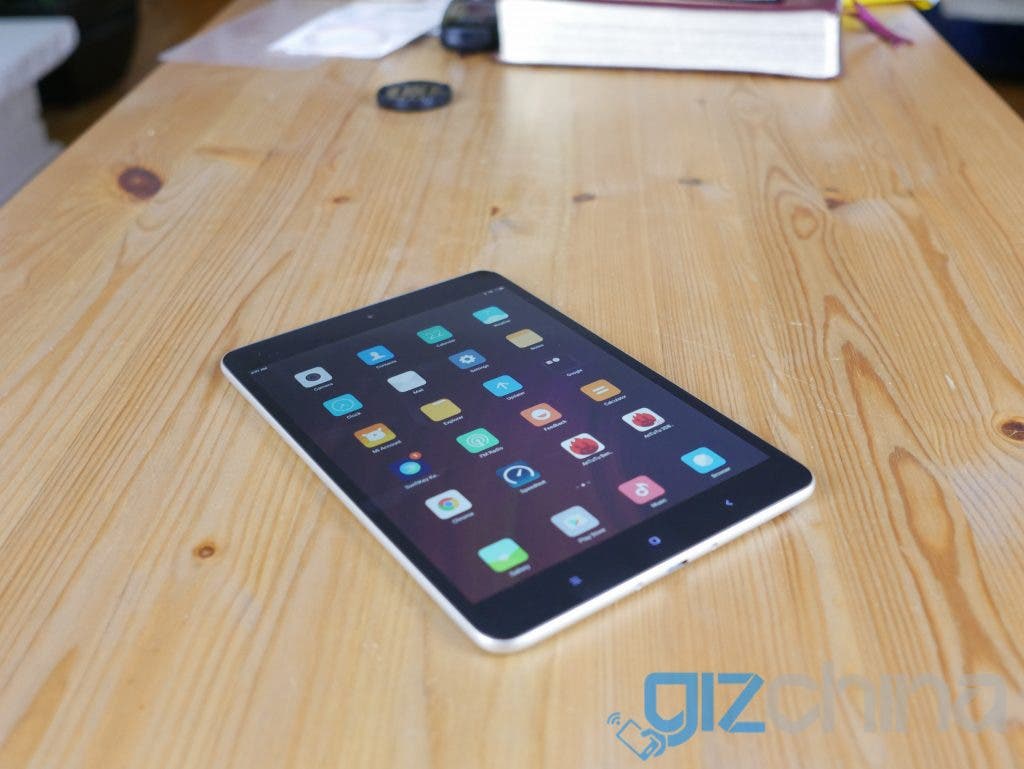 We have MIUI8 installed over top of Android 7.0 Nougat which is definitely welcome. General use is very fluid and animations are buttery smooth. That being said, MIUI animations are more ponderous compared to stock Android (meaning there are more frames in each animation) which would result in some people thinking that this tablet is slower than a Nexus when in reality it’s just as fast, the animations just take longer to complete. We have the usual plethora of functions included in MIUI8 that have been covered to death in previous Xiaomi reviews and such, but the long and short of it is, you get a ton of functions. 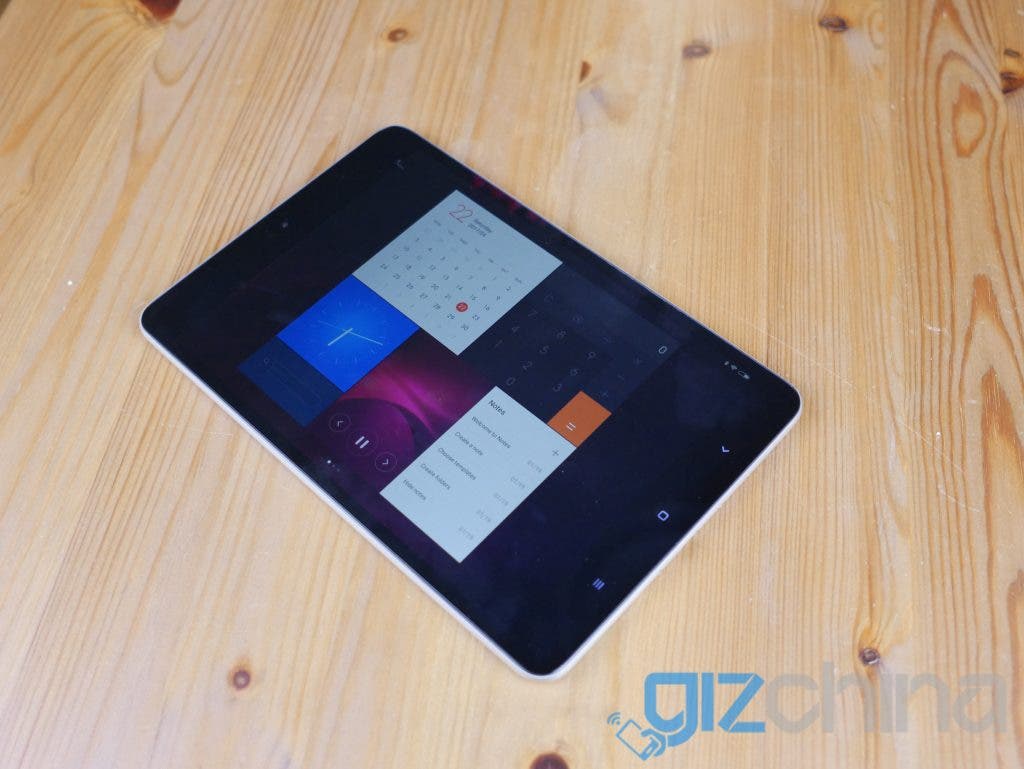 Moving on to what I think we are all the most interested in, the performance of this Hexacore MTK chipset. Its going to be a little unfair compared to the Android version of the Mi Pad 2 since the version I had contained only 2GB of RAM, but I’ll try to control for that as much as possible. To summarize, the MTK8176 is faster than the Mi Pad 2, but only in the CPU portion. Opening and closing apps is very fast, as fast as flagship Mediatek phones, but realistically still slightly but noticeably slower than top end Snapdragon flagships. Couple the MTK8176 with 4GB of RAM and you have a rather potent multitasking machine with the Mi Pad 3 as well, the tablet crushes app switching without breaking a sweat. 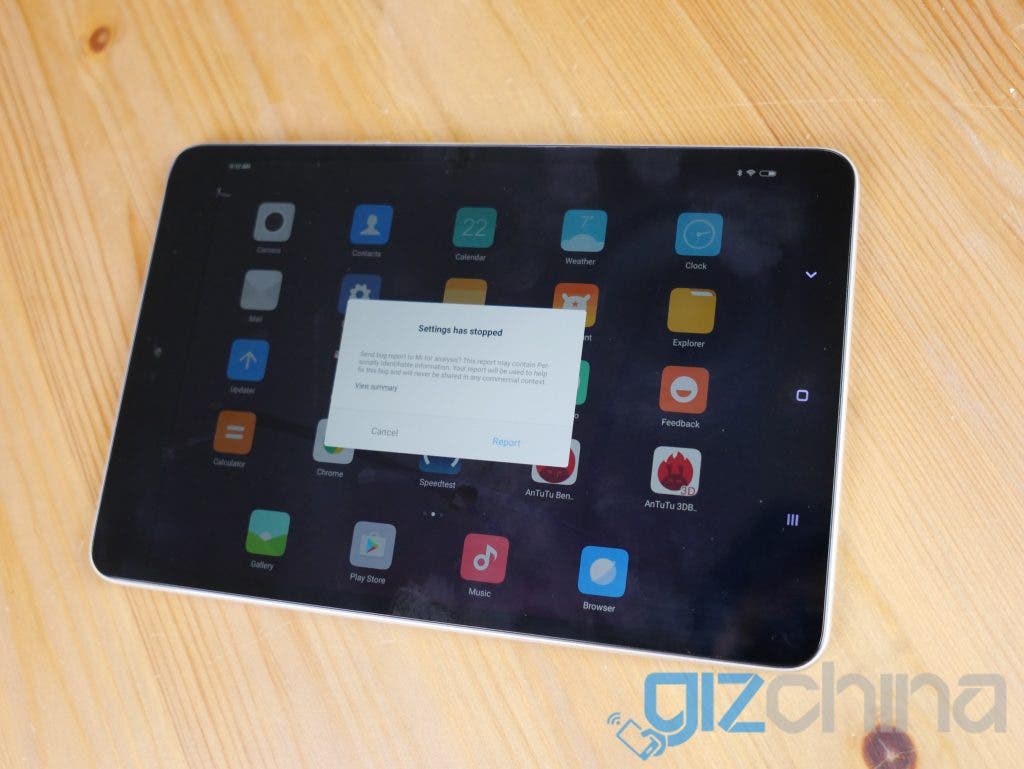 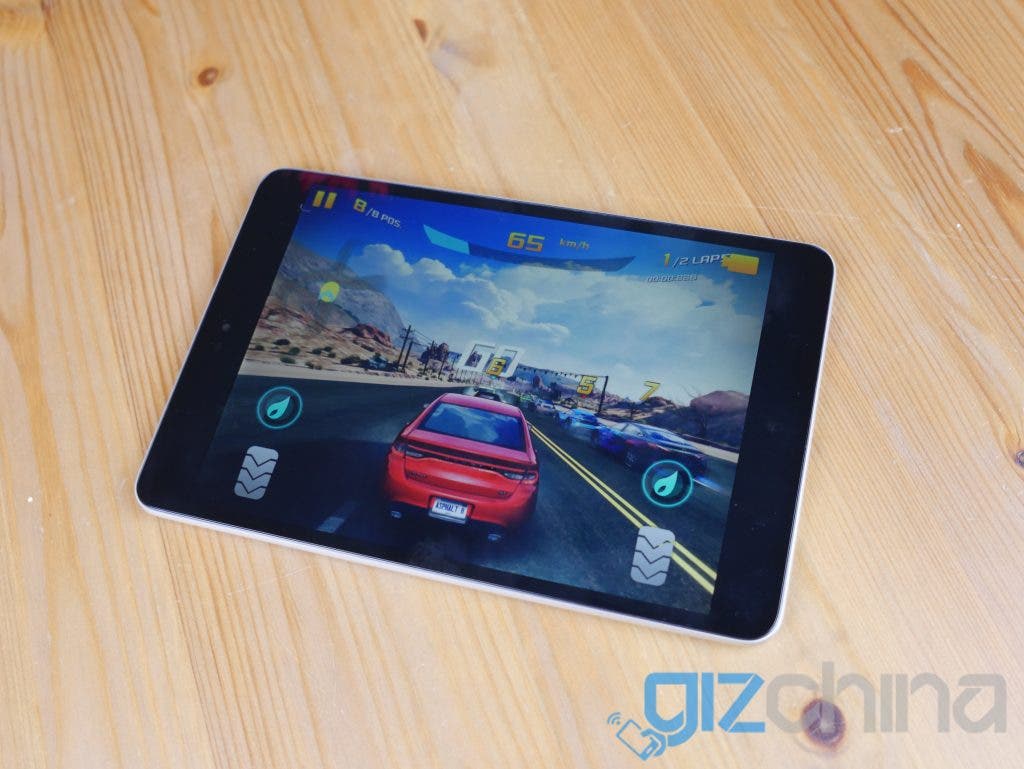 The MTK8176 handles gaming less well. the PowerVR GX6250 graphics chip is two years old and was released as a midrange graphics chip, not even a high end one. I saw occasional stutter running the most graphically intensive games like Asphalt, NOVA, and Mortal Kombat as well, part of that is due to the incredibly high resolution, but you can’t lower resolution either so that’s not an option. Lowering graphical fidelity in games that support it makes intensive games run much better, and playing older or simpler games prove no issue to this chipset at all.

There’s not much to talk about regarding connectivity, I got some good WiFi speeds. 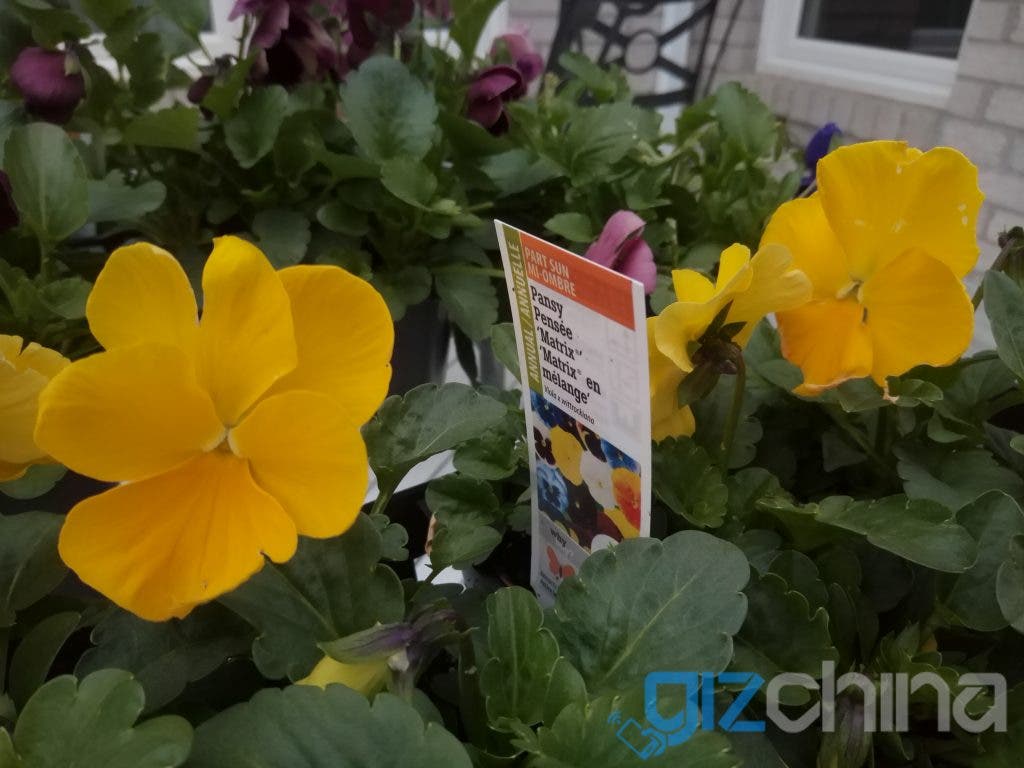 I don’t usually talk about cameras in tablets as they are atrocious for the most part and you have a better camera in your pocket. However, the 13MP rear camera can actually take some decent photos, besting some lower end phones as well which is quite a feat. There is sufficient detail and colour saturation is quite good. It doesn’t do well in low light but that’s to be expected. 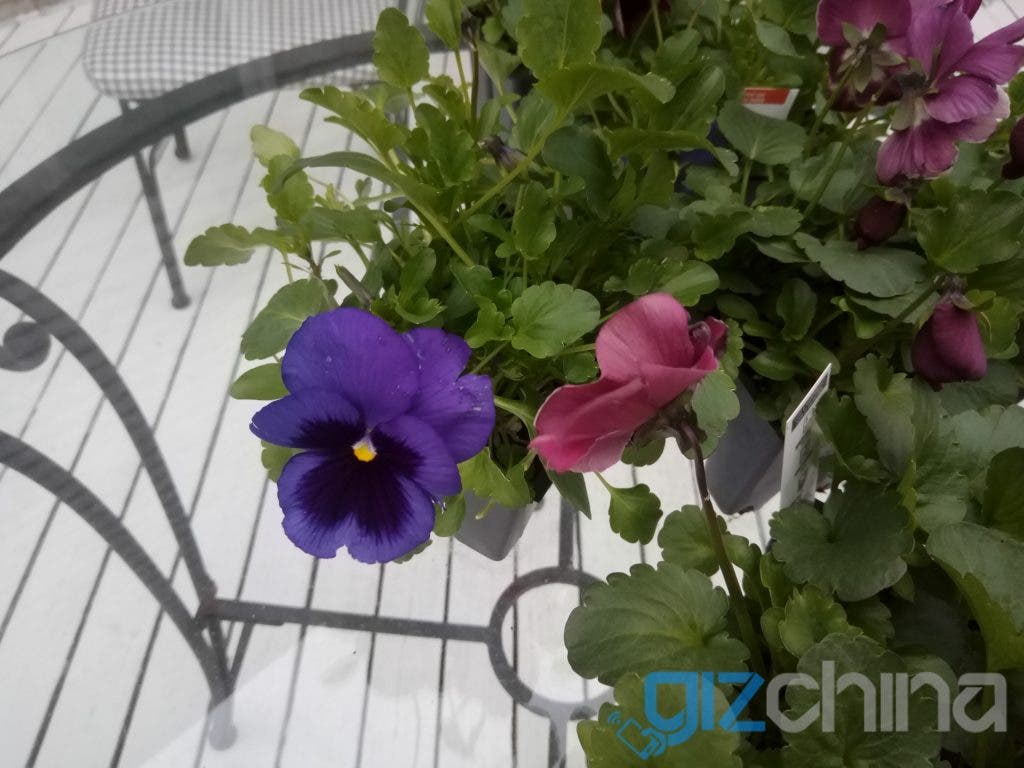 That being said, this is horrible news for wedding photographers everywhere. Intrusive amateur photographers are bad enough, and now you have to non tech savvy holding up tablets taking photos. That being said, while I hate it when people use tablets to take photos at weddings, it would bring a tear to my eye to see a sea of Mi Pad 3s being used at a wedding.

This is a great tablet plagued by software issues. the standby battery drain and app crash issues warrant some hesitation if you had your finger on the trigger, and I would say put the safety back on and wait until the software is fixed before pulling the trigger. However, I do see a huge problem coming from Apple’s direction. With the release of the new $329 iPad, I really don’t know how many people would want to spend close to the same amount for a Xiaomi device.