Everyone seems to be jumping onto the huge battery train, with 4,000mAh being scoffed at in favour of massive 6,000mAh juicers, not that I’m complaining. Blackview has released two phones with massive battery packs, the Blackview P2 and the Blackview P2 Lite, the latter of which we are reviewing today.

Blackview is not known for making massive batteried phones, but they have decided to throw their hat into this ring. They released the Blackview P2 and the P2 Lite, both of which have 6,000mAh batteries inside. The P2 Lite can actually be had for quite a low price; $119 on flash sale.

Big thanks to Blackview for providing this review unit. You can purchase one here. 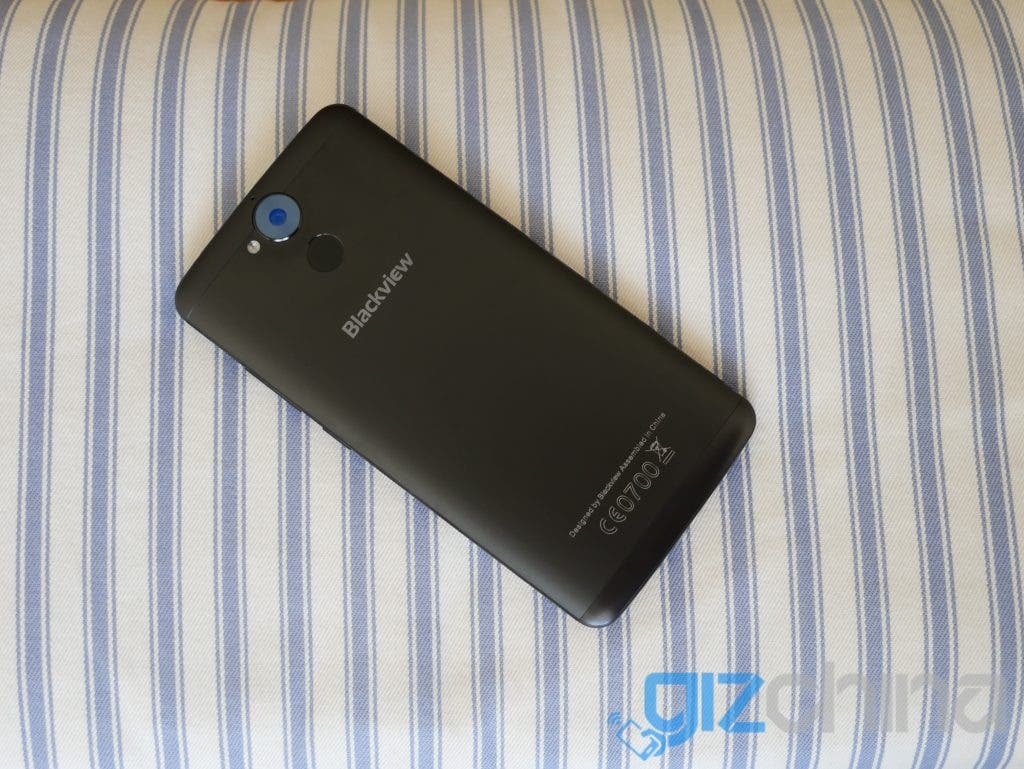 Build quality is great. The body is metal and it feels good in hand. The only issue is that so many other midrange to low end devices feature similarly good build that metal like this no longer is special or exclusive to higher end devices. 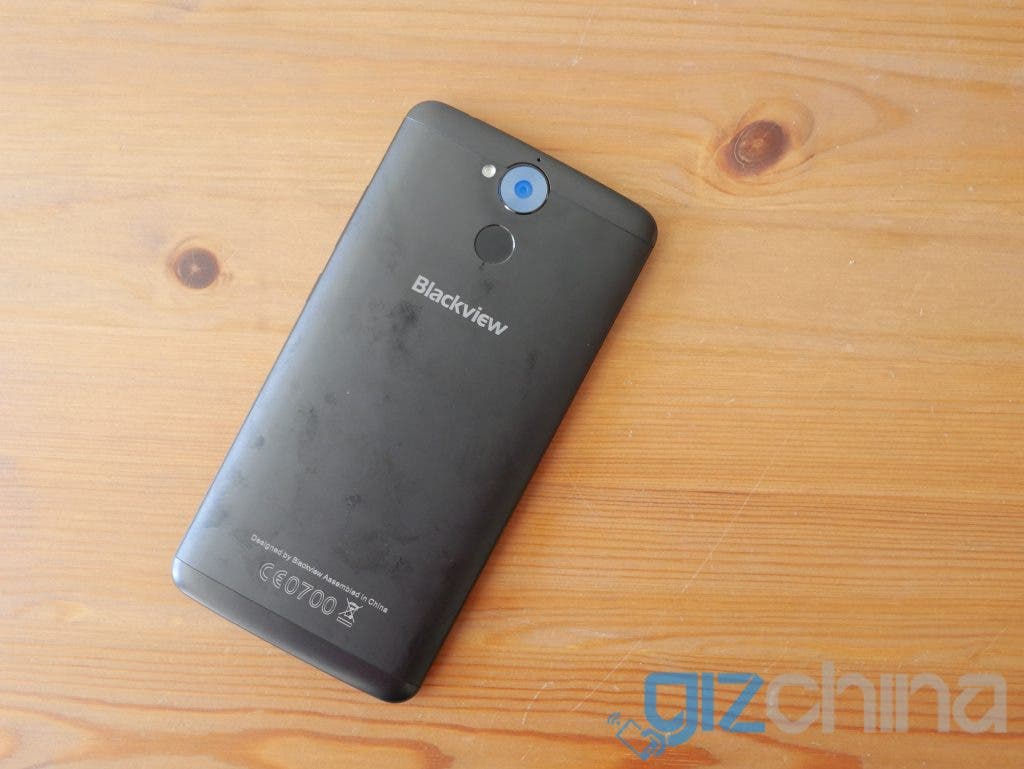 The metal actually feels very good, better than the Oukitel K6000 Plus or the Ulefone Power 2 in my opinion but it attracts fingerprints like the plague. The phone is large, definitely not compact for a 5.5” device, nearing 1cm in thickness and 76mm wide. I suspect people with smaller hands will have trouble hefting this phone while those who do not mind big device might be less put off by the size. 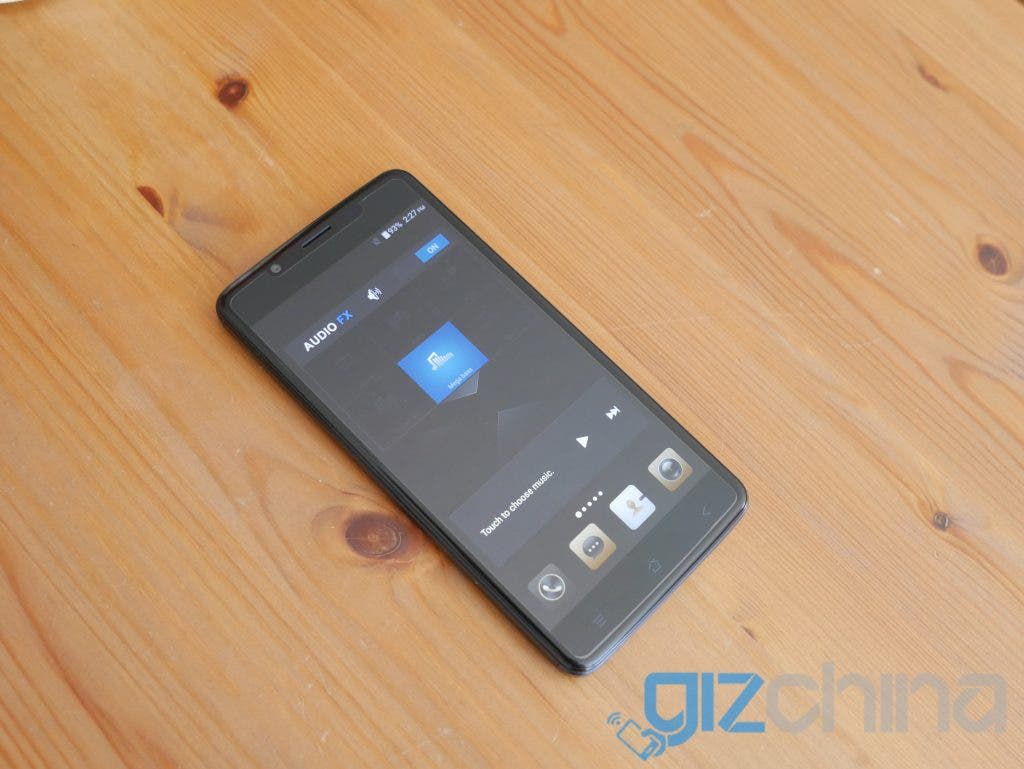 The fingerprint sensor is on the back while we have capacitive buttons below the screen. Overall the build quality here is good, but the phone is large, as is expected for phones with massive batteries. 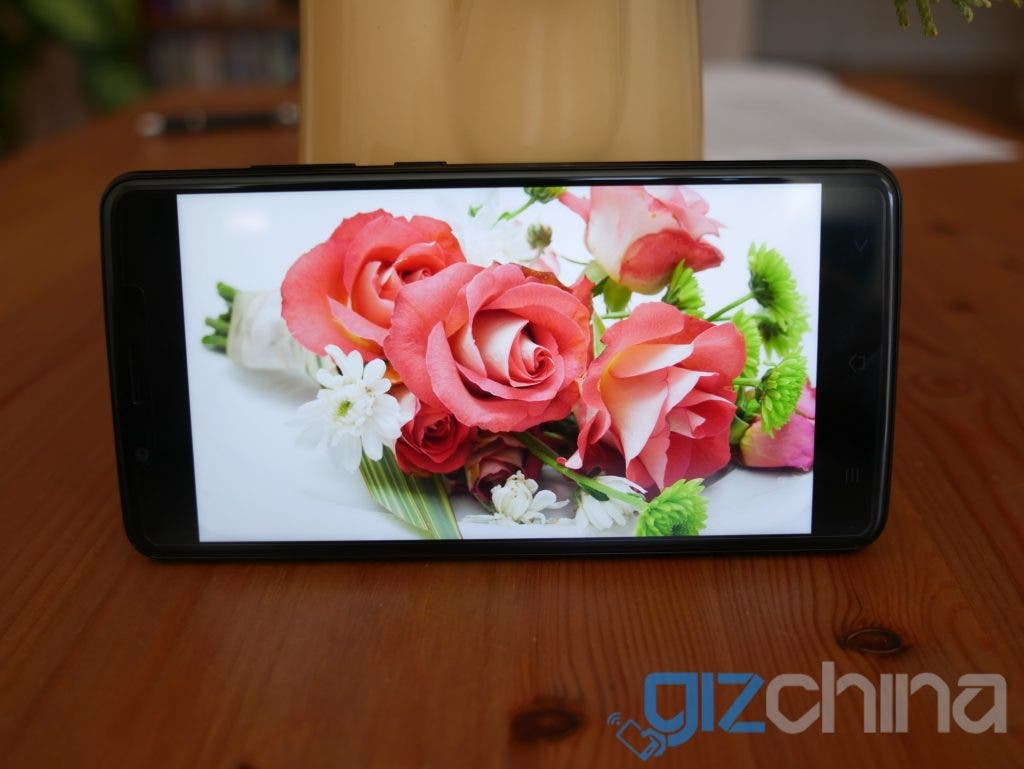 The Blackview P2 Lite uses a 5.5” 1920x1080px display by AUO and the display here does not disappoint. The display is quite strong, showing off crisp text, pictures and the like while colourizing each pixel quite well. Colours are quite vivid, blacks are pretty dark and whites are slightly on the blue side, so I don’t have any complaints about how this display looks. 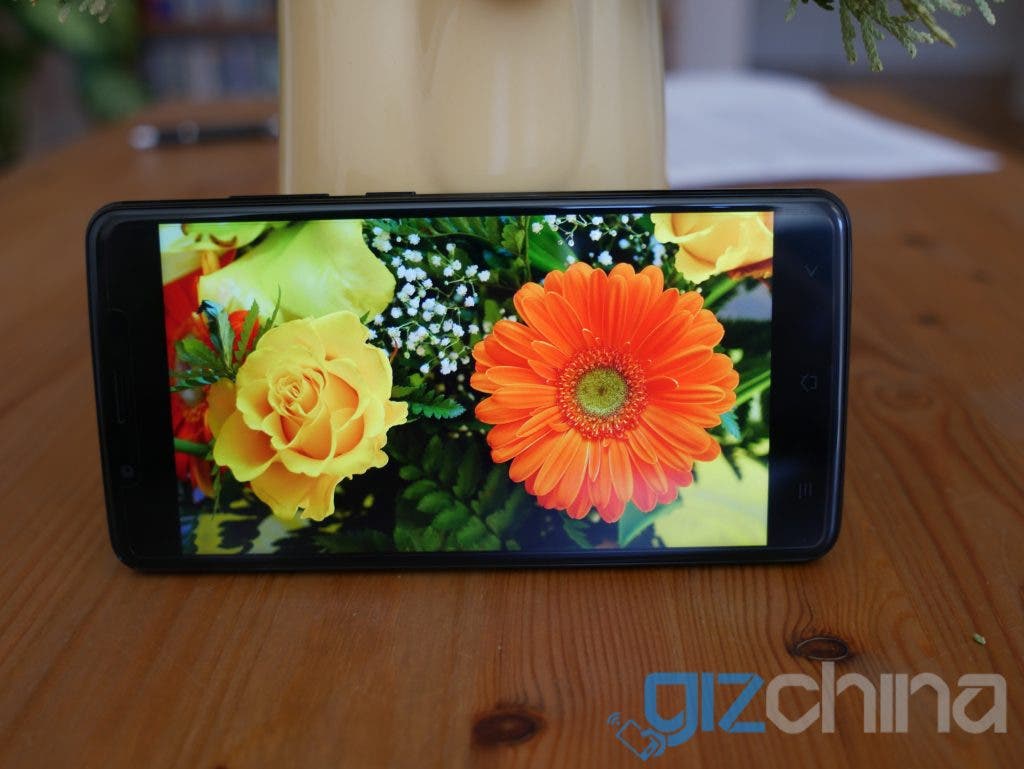 It has a maximum brightness of 450 nits which is respectable, viewable even in direct sunlight. The screen is also covered with Asahi Dragontrail Glass, so it is protected against scratches to a certain degree.

There is a single speaker on the back that provides decently loud sound. Its still possible to get overpowered (e.g. on a highway) but the phone pumps out respectable sound. Audio quality is slightly above average, there is some decent clarity from the speakers and some bass as well. While the speaker here is not something to boast about, it is by no means a deal breaker either.

Bam bam! Another 6,000mAh battery in my hand, and I’m over the moon! The P2 Lite has a slightly larger battery than the Ulefone Power 2 (6,080mAh vs 6,050mAh) but that should not have any measurable effect on battery life compared to other factors like software optimization, screen brightness, etc.
I put this phone through its paces, a 16 hour day with 5 hours of screen on time consumed about 38% of the battery, meaning there was 62% left.

The next test was a two day test, two 16 hour days and about 10 hours of screen on time. I had about 17% left in the battery by the end of the second day. Can you kill this phone in a day? Yeah its possible. Will it be realistic? Definitely not, you will need to do some ridiculous things to kill this in a single day if you so desire.

The phone also supports MediaTek’s PumpExpress fast charging, however the included charger was not a PumpExpress charger.
Heavy users will not be able to kill the battery in a single day while medium and light users will be hard pressed to make a significant dent in the battery within 2 days.

Great but not insane battery 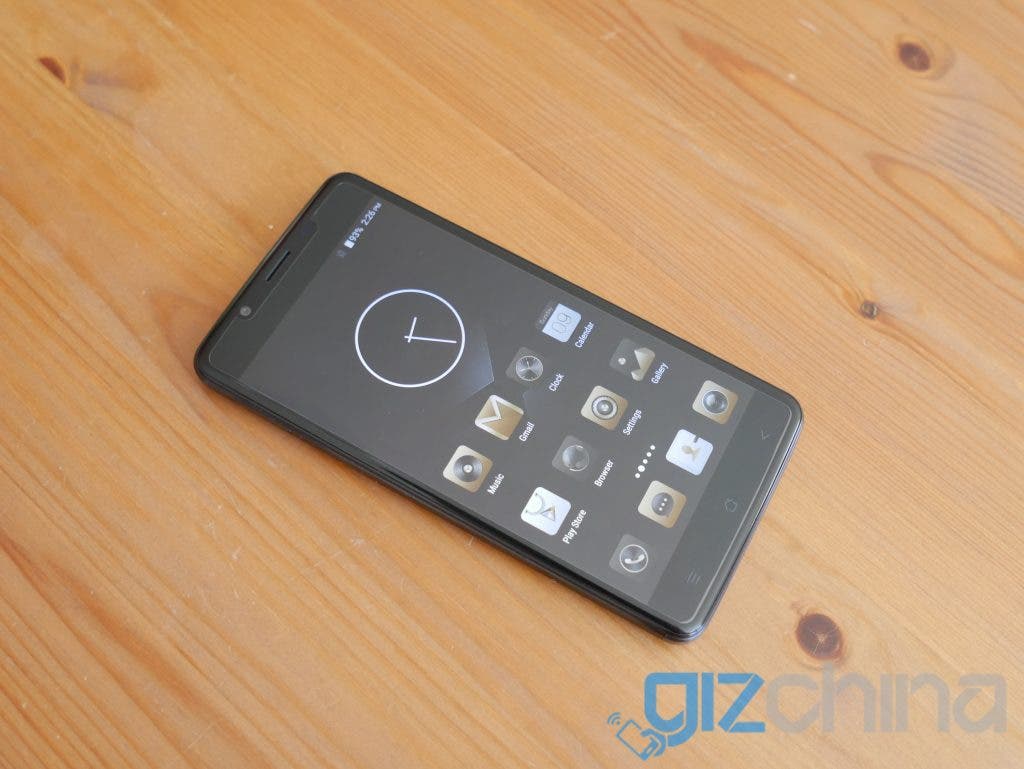 This phone comes with the latest Android 7.0 Nougat and let me start with a slight downside, the icons, notification shade and settings menu are not stock, you have custom Blackview icons for each of those sections of the phone. A custom launcher replaces the icon on the launcher but you’ll have to live with the custom icons elsewhere.

That being said, moving between home screens, swiping, and accessing the notifications shade was smooth but still not as smooth as MT6750T phones.

The MediaTek processor does decently well at launching and closing apps, it does feel a bit slower than the Ulefone Power 2, but it’s still smooth enough for everyday use. Multitasking is decent with 3GB of RAM, but you can hit the max RAM allotment a lot faster than other phones with 4GB.

Moving on to gaming performance, some intense games lag a little bit like Asphalt 8 and Mortal Kombat, but they are still very playable on the phone. Less intense games were perfectly fine though.

The last thing I want to talk about is the fingerprint sensor, its fast, its accurate and works well.

Moving on to connectivity, the Blackview P2 Lite does get decent LTE speeds as you can see in the speedtest here and reception is pretty decent as well. I didn’t find any issues with WiFi or Bluetooth, but GPS seems to be not that great, a lot of jumping around when navigating, which really isn’t the greatest, but at least it did get me where i want to go. 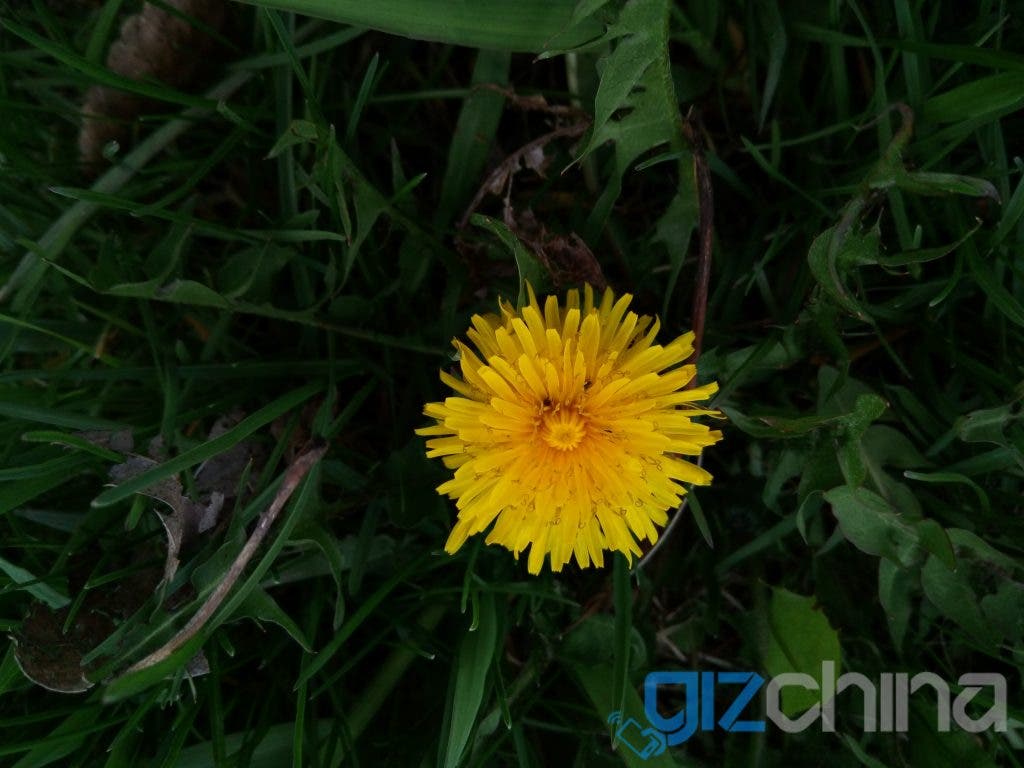 No information was given as to the sensor used in either of the cameras found on this device, but whatever sensor was used in the rear, it’s doing a decent enough job at capturing photos. I say that because in this price range (except for maybe Xiaomi and other larger companies), not a lot of time and effort is placed into developing software processing, meaning that the camera sensor is not fully taken advantage of. The camera here takes decent photos, but compare the photos to the Redmi Note 4X and pictures are slightly less detailed and softer. Colour reproduction is average, pictures don’t contain washed out colours but neither are they vivid and saturated either. In perfect lighting conditions its actually possible to capture some pretty decent photos, anything but and what I mentioned before comes into play. Photos taken in dim lighting conditions and at night are quite grainy and noisy. That being said, camera quality is comparable to the Ulefone Power 2 and the Oukitel K6000 Plus.

Video quality tops out at 1080p and there is an average amount of detail and colour reproduction is just average, nothing special here.

So to conclude the Blackview P2 Lite is a pretty decent budget battery phone, but to be honest the biggest problem is CPU, its just a little slow. That being said, the P2 Lite has good build quality, good display and great battery life, and the camera is surprisingly good so not bad either.

It costs about $120 on presale, so its also really cheap as well. That being said if your budget allows, I highly recommend spending more money on the Blackview P2, Ulefone Power 2 or the Oukitel K6000 Plus with the newer processor.

good, but buy the p2 if possible